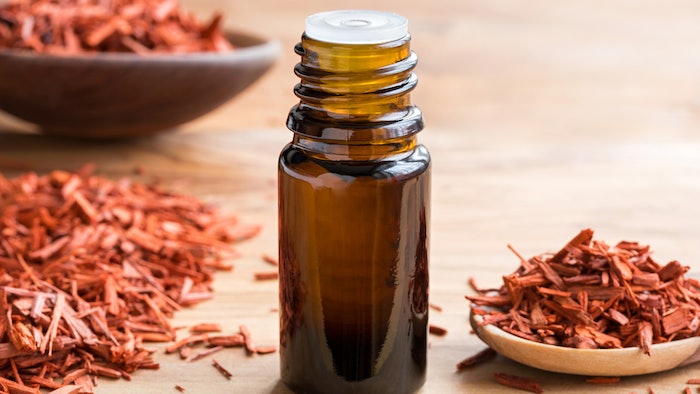 Indian sandalwood oil could serve as a protective and anti-aging active in cosmetics and dermatology against environmental stressors.

The stressors included a free radical-generating compound, AAPH; blue light at 412 nm and 450 nm; and cigarette smoke. The anti-aging effect in human skin explants was determined via collagenase levels (MMP-1).

According to the authors, these findings indicate Indian sandalwood oil could serve as a protective and anti-aging active in cosmetics and dermatology against environmental stressors.