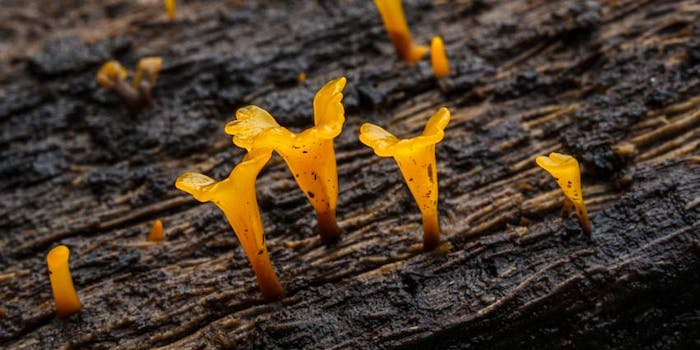 Cosmetic preservatives are the formulator's longstanding pursuit insofar as identifying those with the greatest efficacy that are safe for consumers and label-friendly.

Disclosed in this patent application are new compounds found and iso­lated from strains of Dacryopinax spathularia, an edible jelly fungus, and other fungal strains belonging to the Dacrymycetaceae family. This class of compounds is not novel but is not previously known in the art for any spoilage/perishing-preventing activity.

According to the inventors, these compounds exhibit a strong inhibition activity against microorganisms responsible for the spoiling or dete­rioration of both orally consumable products, such as food prod­ucts and beverages, and cosmetic compositions. For example, an extract of Dacryopinax according to the present invention shows a broader activity spectrum than corresponding single components of the produced glycolipid complex that have been isolated to purity. Such multi-component mixtures exhibit remarkable long-term activity against numerous microbes, including Zygosaccharomyces and Bacillus species.

Although the mechanism of action for the glyco­lipids is unknown, these compounds can be considered as biosurfactants and, additionally, could influence the cell membranes of micro­organisms. The structures of glycolipids previously named in the art differ signifi­cantly from the present invention, which comprises: a long chain fatty acid with at least 20 carbon atoms; a carbohydrate moiety not attached to the acid group; an alpha hydroxyl group; and at least one further hydroxyl group in the "center" of the fatty acid carbon chain, clearly separated from both the alpha position and the glycosyl substituent (see structural depiction in the full patent).

More specifically disclosed are compounds that are esterified in their carbohydrate moiety by acids other than acetic; especially those esterified by isovaleric acid, which are not known in the art and thus novel.