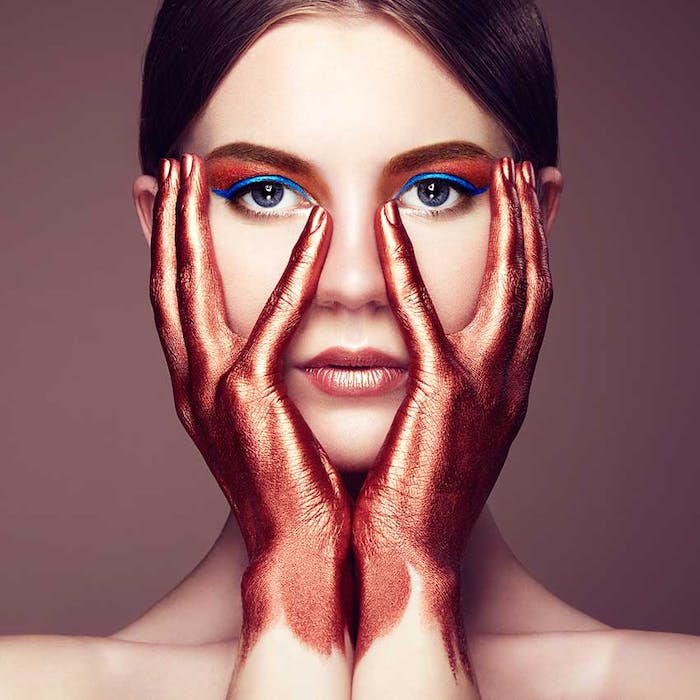 According to the inventors on a new patent application, fine powders such as aluminum are widely used to impart a decorative metallic effect on skin. More recently, trendy metallic pigments in various color tones also have been developed. These are typically created by forming a resin film on the surface of a metallic pigment.

For example, one colored metallic pigment described previously is prepared by adding a monomer, a metallic pigment and a coloring pigment to an organic solvent in which a monomer having a double bond is soluble. However, as the present inventors explain, such pigments do not demonstrate high gloss or color saturation.

Techniques to solve these challenges have been presented but a new approach to optimize strong adhesion offers both high gloss and color saturation in colored metallic pigments.

The resulting cosmetic has a hiding power reportedly superior to cosmetics containing pearl pigments and can exert a bright hue even if the cosmetic contains water. Potential applications include lipstick, foundation, blusher, eye shadow, nail enamel and mascara, hair cosmetics such as hair gel, hair wax, hair treatment, shampoo and hair manicure, and basic cosmetics such as lotion, foundation cream and sun block.