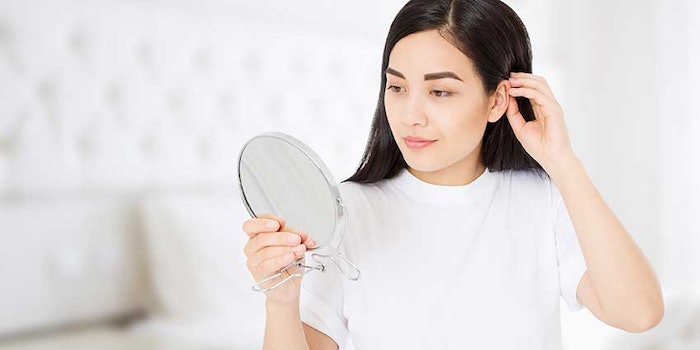 Consumers are becoming more aware of the evenness of their skin tone, and it has become an important concern. This change in awareness has been instilled by the media, particularly through glossy magazine and newspaper editorials. In fact, in independent studies, panelists have rated subjects as being up to 20 years older than their true age due to uneven skin pigmentation.1 Consequently, the primary focus of anti-aging skin care has shifted from reducing wrinkles to evening out skin pigmentation.

Anti-aging skin care plays an important role in consumers’ self-esteem and communication since the human face transmits not only emotions and language, but also carries signals decisive for non-verbal communication. Improving one’s appearance through facial skin care can delay skin aging, thereby raising confidence and leading to better social interactions; even small changes in skin texture and color can have a large impact on the perception of health and attractiveness.

Flawless skin is one of the most universally desired human features, and skin texture and color convey age and health, respectively.2 The wide range of skin colors—i.e., from the deepest chocolate brown of Africa’s Ivory Coast, to the warm olives of the Mediterranean and the pale fairness of Scandinavia—is paralleled by a similarly wide array of cultural beliefs that define ideal skin tone in various geographic regions.

Western women may desire the glow of sun-kissed skin while Asian cultures value paleness, even going to great lengths to lighten skin. Yet despite these seemingly contradictory goals, even skin tone is one common quality that defines beautiful, desirable skin all over the world.3

Skin pigmentation results from the concentration and distribution of melanin and hemoglobin in the skin, with melanin playing the dominant role. Sun exposure leads to the accumulation of large localized concentrations of melanin in the face, causing it to look aged and unhealthy. There are many technologies used in anti-aging skin care that target pigmentation, often called whitening and brightening actives. These ingredients either downregulate the key steps of melanin synthesis in melanocytes or inhibit melanosome transfer to keratinocytes.

Interestingly, only a few actives that reduce pigmentation have been clinically tested. The application of 2% N-acetylglucosamine, for example, was shown to reduce the appearance of facial hyperpigmentation in an eight-week, double-blind, placebo- controlled, split-face clinical study.4 When N-acetylglucosamine was combined with 4% niacinamide, the efficacy was even greater.5 Niacinamide, compared with a vehicle alone, also demonstrated a significant decrease in pigmentation by inhibiting melanosome transfer during a four-week study.6

Traditionally, plants such as grapes and parsley were used for their active ingredients to reduce skin pigmentation. Other historical sources including vitamin A, vitamin C derivatives such as magnesium-l-ascorbyl-2-phosphate (MAP), N-undecylenoyl phenylalanine, resveratrol, arbutin, kojic acid, glycolic acid, azelaic acid and other compounds have transferred from the pharmaceutical industry. The efficacy of these actives differs depending on their concentrations—typically ranging from 0.5–5.0% but also ~20% for the alpha hydroxyl acids—as well as source, stability and combination in the formulation types used. The chemical structures of some of these skin-lightening actives, including hesperidin, oleuropein, niacinamide and vitamin C (ascorbic acid) are shown in Figures 1–4.

Hydroquinone was the best established topical active for inhibiting melanin production despite its side effects of skin irritation. However, in September 2006 the US Food and Drug Administration (FDA) recommended that products containing hydroquinone be sold only with a prescription due to its being a possible health risk as a carcinogen.7 Dermatologists still endorse the use of hydroquinone in concentrations of 4% and more, and over-the-counter skin care products contain it at levels of 0.5%–2.0%.

With the increasing consumer demand for natural ingredients, two skin-lightening actives launched in 2010 are of particular interest. Liposome-encapsulated citrus flavonoids including narirutin, naringin, hesperidin and neohesperidin from grapefruit and bitter orange extracts have shown efficacy in reducing pigmentation, increasing luminosity and brightening skin tone by inhibiting tyrosinase. In a small eight-week study with a twice-daily application of 1% citrus extract complexa, a 9.2% lightening of pigmentation and 5.0% brightening of skin tone in Caucasian facial skin was observed.8 In another study, a 6% complex of vitamin C, zinc pyrrolidone carboxylic acid (PCA) and oleuropeinb was applied twice-daily on 20 volunteers directly on pigmentation spots. Results showed a reduction of the pigmented area by 21.2% after 12 weeks of use and the prevention of de novo formation of both melanin and lipofuscin.9

New anti-aging skin care products must focus on both textural and color features of the skin, as skin color has been shown to play an important role in the perception of youth and attractiveness. For the formulator, it is important to consider that short-term brightening skin care products like spot treatments, peels, exfoliators and masks require higher levels of active ingredients to achieve efficacy. Daily use moisturizers to even skin tone, however, must employ the correct levels of actives to lighten skin while not negatively impacting the skin barrier function. In the clinical tests described, typical levels ranged from just 0.5–6.0%.

As for the actives used, consumers are divided on preferences of their sources. Consumers looking for an instant result prefer pharmaceutical actives in high concentrations. Others favor natural ingredients that are sustainably sourced, as aging to them is a natural process and they do not have serious skin concerns.10