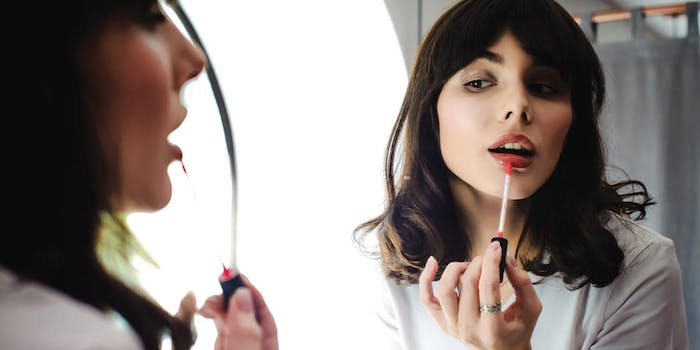 Long chain aliphatic alcohols are widely used in the personal care industry. Cetyl alcohol, a straight chain fatty alcohol with 16 carbons, is considered one of the most versatile, and is currently used in cosmetics, select shampoos, and as a raw material for the manufacture of surfactants. Also referred to as C16 fatty alcohol, palmityl alcohol and 1-hexadecanol, this ingredient is typically used as a nongelling thickener, co-emulsifier and an emollient.1

Cetyl alcohol was historically produced by hydrolyzing the wax component of sperm whale head oil (spermaceti).1 Pure 1-hexadecanol does not have the same emulsifying and thickening abilities as the hydrolyzed wax component, which is an impure compound consisting mainly of 1-hexadecanol and 1-octadecanol.1-3

Cetyl alcohol is considered one of the most versatile ingredients currently used in cosmetics and select shampoos.

Petro-derived cetyl alcohol can be produced via the Ziegler process using the hydrogenated catalyst triethylaluminium for the alkylation of ethylene.4 The Ziegler process involves the hydrogenation, ethylation, growth reaction, oxidation and hydrolysis of ethylene over aluminum powder in the presence of hydrocarbon solvent. While solvent is recovered, aluminum exits the system as the coproduct alumina hydrate. Alkanes and oxygen-containing compounds are formed as byproducts5 and during the fractionation of crude alcohol formed, these byproducts could either be separated as waste or become part of certain blends. This process produces even-numbered alcohols:

Figure 1 depicts the production pathways of both palm oil- and petro-derived fatty alcohols.

Cetyl alcohol (CAS no. 36653-82-4) is a vegetable-derived, white and waxy solid in flake/pellets/powder form, insoluble in water and moderately soluble in alcohol and oils (see Table 1). Cetyl alcohol is a mild, nontoxic and nonirritating material with no odor. It is stable in the presence of acids or alkali, as well as stable to oxidation.1, 7-11 Due to its nonionic character—i.e., it has a polar group at one end, -CH2OH, but this is relatively small compared to the other part of molecule, -C15H31, which is nonpolar—it is compatible with other anionic, nonionic, cationic and amphoteric surfactants and performs as a thickening and suspending agent as well as an emollient in emulsions. It also acts as an opacifier in shampoo and body shampoo formulations due to its low solubility in water.

Cetyl alcohol also is widely used in skin creams and lotions due to its mildness and compatibility with other surfactants. It is typically used in combination with other fatty alcohols and ionic or nonionic surfactants as an emulsifier for cosmetic products.

See Table 2 for other attributes of the ingredient.

Cetyl alcohol imparts stability and superior consistency to o/w emulsions. As such, much research has focused on the mechanism behind its liquid crystal formation2-4, 12-14 and interactions with primary emulsifiers resulting in an increase in interfacial film viscosity.15

In most cases, such formulations consist of a lamellar gel network (see Figure 2), also referred to as a lamellar liquid crystal, which includes:

Cetyl alcohol also can thicken emulsions in the presence of ionic or nonionic surfactants. With ionic surfactants, this swelling is due to the charged surfactant inserting into the α crystals of cetyl alcohol. The charge created at the surface of the bilayers significantly increases the forces of repulsion between them.2

Because of its various capabilities, cetyl alcohol is used in many cosmetic products such as lotions, creams, anti-aging treatments, shampoo and conditioner, sunscreens, cleansers and lipsticks.

With nonionic surfactants, the swelling of the α crystals of cetyl alcohol is due to the hydration of the polyoxyethylene chains of the surfactant, which are oriented and extended into the interlamellar water layers.2 Creams containing cetyl alcohol and nonionic surfactants often show considerable structural changes during storage, sometimes changing from a milky liquid to a semisolid. These changes occur because the polyoxyethylene (POE) chains are not very soluble in water at high temperatures, but become more soluble as systems cool to below the transition temperature, when the hydrocarbon chains crystallize.

This means the lamellar gel phase is only partially formed when the emulsion cools, so the system is often mobile immediately after preparation. Upon storage, the increased solubility of the POE groups allows additional lamellar gel phase to form, although this occurs very slowly due to the crystalline nature of the chains.

Because of its various capabilities, cetyl alcohol is used in many cosmetic products such as lotions, creams, shampoo and conditioner, anti-aging treatments, sunscreens, cleansers and lipsticks. Functionally, cetyl alcohol is an excellent thickening agent and lubricity enhancer.18-20, 7-10 It provides hair with improved wet combing and gives it a smooth feel upon drying. When used in a conditioner, cetyl alcohol deposits on the surface of the hair’s cuticle, where its fatty character enables the replenishing of the lipid content of hair and thus restores hair to a more hydrophobic state. This dewetting action on the hair’s surface is what makes easy wet combing and detangling possible.

Cetyl alcohol provides a lamellar structure to most personal care products, giving a superior consistency and added stability to emulsions. Understanding the thickening mechanism of cetyl alcohol and its interactions with primary emulsifiers is crucial to imparting the desired aesthetics and stability. The ingredient also imparts slip to skin care formulations due to its absorption and retention in the epidermis, where it lubricates the skin.

All in all, used as an emulsifier, thickener and a conditioning agent, cetyl alcohol is one of the most versatile, nonirritating skin care ingredients available today for lotions, creams, shampoos and conditioners.