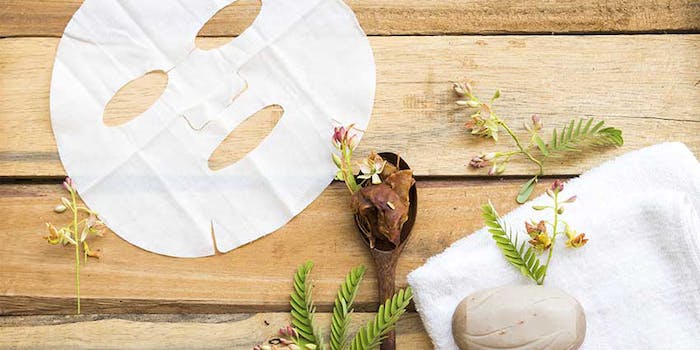 Herbal extracts for skin firming: Sommerfeld reports1 on the clinical efficacy of a blendaof herbal extracts—including Rosmarinus officinalis (rosemary), Centella asiatica (gotu kola), Curcuma longa (turmeric) and dimethylaminoethanol (DMAE)—to promote skin firmness. The blend was tested for firming and elasticity benefits in photo-aged facial skin via a randomized, placebo-controlled, double-blind, split-face study in 28 women aged 34–67 years. Treatments were administered with the tested blend and a placebo for four weeks. Skin firmness and elasticity were evaluated using the speed of propagation of ultrasound shear waves in the skin as end point. The study was completed by 25 women.

No immediate effect was observed with the tested herbal extract blend; however, the four-week treatment resulted in a significantly reduced propagation speed, indicating increased skin firmness. A self evaluation was conducted by the test subjects to determine observable treatment effects and the herbal extract blend was rated significantly higher than the placebo. The clinical evaluation also showed the blend to provide better treatment results than the placebo.

Ziyuglycoside I for antiwrinkle: Kim et al. report on the antiwrinkle activity of ziyuglycoside I, isolated from a Sanguisorba officinalis root extract, and its application as a cosmeceutical ingredient.2 In order to investigate the potential of a S. officinalis root extract as an antiwrinkle active, the researchers measured its free radical scavenging activity, elastase inhibitory activity, the expression of MMP-1 (matrix metalloprotease-1) in vitro, and the synthesis of type I collagen in normal human fibroblast cells. To isolate the main components from the S. officinalis root extract, the extract was purified by solvent fractionation, column chromatography and recrystallization. The active component was identified as ziyuglycoside I by a spectroscopic analysis.

Ziyuglycoside I was found to increase the expression of type I collagen in a dose-dependent manner, by up to 71.3% at 50 μm. A clinical study using visual evaluation and image analysis tested a formulation containing ziyuglycoside I, revealing the test formula to have a significantly greater effect (p< 0.05) than the placebo. This result suggests that ziyuglycoside I isolated from S. officinalis could be used as an active ingredient for cosmetics.

Skin peeling: L’Oréal discloses a skin-peeling composition containing a glycosaminoglycan.3 A topical composition is described comprising at least a glycosaminoglycan and 1% w/w of a peeling agent. This composition is intended for peeling the surface of skin and attenuation of the visible and/or tactile irregularities of the skin such as wrinkles, uneven color and marks of acne or chicken pox; and/or removing obstructions from the pores of the skin. An example is shown in Formula 1.

Stable ceramide dispersions: Kao Corp. discloses stable ceramide dispersions, their manufacture and cosmetics containing them.4 Their manufacture is described by dispersing mixtures containing ceramides, N-acyl-N-alkyltaurines (salts) and glycerin at a ceramide to salt ratio of 2:1–14:1, and glycerin content of 70–99% w/w in water. An example is shown in Formula 2.

Hair growth, lipid synthesis: Vingler et al. report that 6-O glucose linoleate supports in vitro human hair growth and lipid synthesis.5 According to the study, hair follicles are active organs with complex structures that produce hair fibers at a rate of 0.3 mm/day. Accordingly, the hair follicle is highly demanding of energy since the hair bulb matrix cells are endowed with one of the highest rates of proliferation in the human body. Moreover, recent data has shown the involvement of lipids in hair follicle function.

In vitro-grown hair follicles produce hair fibers that closely resemble natural hair fiber, thus the authors used this model to investigate the role of 6-O-linoleyl-d-glucose (6-O-GL) as a lipid precursor and an energy provider. Their results demonstrated that 6-O-GL was stable and surprisingly resistant to oxidative degradation. In addition, 6-O-GL was reported as “readily” taken up and metabolized by the hair follicle into various lipids, namely neutral lipids, ceramides and polar lipids. Moreover, it supported hair follicle growth and survival in a glucose- and linoleic-acid free medium. 6-O-GL thus appears to be a bifunctional nutrient, ensuring proper fiber quality and production by the hair follicle.

The products can be made by first dissolving a gas at high pressure into the fluid hair conditioning composition and then expanding the liquid/gas solution, wherein the solid carrier is added before, during or shortly after said expansion. The resulting products can be used to condition hair, an example of which is shown in Formula 3.

Hair fixative on a waxy carrier: Wella also discloses a nonfluid hair treatment product comprising a hair fixative absorbed on a waxy carrier.7 The product can be made by pulverizing a fluid hair styling composition onto a nonfluid waxy carrier, especially by first dissolving a gas at high pressure into a fluid hair styling composition then expanding the liquid/gas solution. Within this composition, the solid waxy carrier is added in a solid form before, during or shortly after the expansion. This waxy material can be in the form of snow-like flakes that are easily melted and can easily be distributed onto hair. The composition of a fluid styling gel is shown in Formula 4.

Bleached hair treatment: Henkel has been granted a patent for agents that remove green tint from bleached and blond hair.9 These agents exhibit a pH level between 2 and 5, preferably in the 3–4 range, and contain complexing agents selected from the group of esters including: citric and salicylic acids, aminopolycarboxylic acids, phosphonates and phosphates, gluconates, and nitroacetic acid and its salts. Cationic polymers, fatty alcohols, sulfates, amphoteric surfactants, vitamins, amino acids and direct dyes also can be included in the formulation. The compositions are used as pre- or post-treatment agents in combination with hair bleaching and or dyeing.

Microporous hair treatment: The Procter & Gamble Company discloses a hair treatment application system comprising a microporous absorbent substrate.11 This system includes one or more hair compositions having a viscosity between 3,000 cPs and 150,000 cPs, and a hair treatment application device consisting of two plates positionable in a juxtaposed relationship when the device is in a closed state. The device is characterized by a first zone with at least one absorbent substrate on the internal surface of the first plate, and a second zone on the internal surface that is free of the absorbent substrate. At least one of the absorbent substrates has a median pore radius between 300 μ to 3,000 μ.  The present invention also describes methods of treating hair with the aforementioned formula. An example of a hair styling composition used with this apparatus is shown in Formula 7.

The composition may further contain a branched fatty acid represented by the general formula:

Hair waving: Takara Belmont Co., Ltd., discloses permanent hair wave-setting agents containing mercaptans and polyhydric alcohols, and a method to set permanent hair waves.14 The permanent wave-setting agent consists of a first and second agent, wherein the first agent contains a 1–9% mercaptan and a polyhydric alcohol with a boiling point >200°C. This agent enables the formation of long-lasting hair waves without the loosening of curls after drying. Preferably, the first agent further contains a hydrogen bond open-chain-promoting component. An example is shown in Formula 10.

Also discussed is their preparation as well as the use of the esters as surfactants—typically as emulsifier/emulsion stabilizers and as dispersant/suspension stabilizers in emulsions and suspensions.

1. B Sommerfeld, Randomized, placebo-controlled, double-blind, split-face study on the clinical efficacy of Tricutan on skin firmness, Phytomedicine, 14(11) 711–715 (2007) (in English)

2. Y H Kim et al, Antiwrinkle activity of ziyuglycoside I isolated from a Sanguisorba officinalis root extract and its application as a cosmeceutical ingredient, Bioscience, Biotechnology and Biochemistry 72(2) 303–311 (2008) (in English)