A Look at Lipids: Profiles Across Ethnicity and Age, A Review* 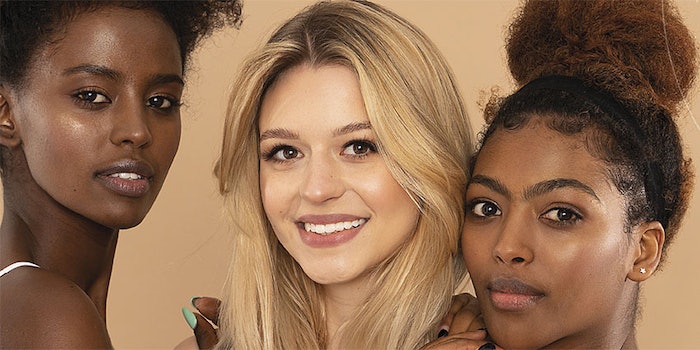 *Adapted with permission from a presentation given during the 2020 Anti-ageing Conference.

Skin lipids, including those of both sebaceous and keratinocyte origin, cover the surface of skin. Their apparent composition varies and is subject to the chosen method of sampling.

Lipids produced by the epidermal cells are a mixture of long chain ceramides, free fatty acids and cholesterol. They represent a minor fraction of the total extractable surface lipids on areas rich in sebaceous glands. Lipids of epidermal origin seal the stratified corneocytes on the stratum corneum in a relationship similarly to the “mortar” in the brick-and-mortar skin structure model.

Sebaceous lipids, on the other hand, are mainly non-polar triglycerides, wax esters and squalene. They are secreted as sebum due to the holocrine activity of the sebaceous gland and eventually released to the top of the skin, where they coat the surface, as well as hair shafts. The composition of sebaceous lipids is exceptional—e.g., sapienic acid and its metabolites plus the wax esters—and rather intriguing because they are not found anywhere else in the human body. Furthermore, elevated sebum excretion is a major factor involved in the pathophysiology of acne.

Newly elucidated roles besides acne have been uncovered in the literature regarding the effects of surface lipids on normal skin functions, including in dry or atopic skin. In addition, differences with regards to ethnicity and age have been highlighted. The present article offers a review of these findings.

Early literature did not identify differences in lipids in Black versus Caucasian skin. In a study from 1988, for example, sebaceous gland secretion was measured in 649 male and female subjects, of whom 67 (10.3%) were Black. Here, no consistent difference in sebaceous gland activity was found.1

In another paper,3 differences in photodamage and hyperpigmentation were identified between Black and Caucasian test groups but no significant differences were captured instrumentally for sebum, pH, corneometry (skin moisture) or transepidermal water loss (barrier function).3

In 2006, Rawlings4 compared lipids in hair samples that showed Black subjects had 60-70% more lipid in content their hair than Caucasian subjects. Black subjects also were found to have bigger sebaceous glands, which contributed to the increased sebum secretion.

In 2001, Hillebrand, et al.,5 examined pores and sebum in 1,360 female volunteers comprising Caucasian (1,353), Asian Indian (474), African-American (435), Latino/Hispanic (310), East Asian (207) and Japanese (381) subjects. A greater pore count fraction was noted in African-Americans but interestingly, the number of pores increased with age in all groups.

In addition, the amount of sebum secreted on forehead skin was found to be higher in younger subjects, peaking in the 30s and 40s, then declining. Notably, African-American subjects showed significantly more sebum secretion than east Asians and Hispanics—the latter of which had the lowest sebum levels; significantly less than both Caucasian and African-American subjects.

Another study, by Perkins, et al.,6 identified a negative correlation between pore size and skin lightness for all ethnicities. Sebum production also was positively correlated with acne severity in African-American, Asian and Hispanic women. Furthermore, pore size was positively correlated with acne in African-American, Asian and Continental Indian women (all results, p < 0.05).

In 2014, Satyajit, et al., measured the effect of ethnicity, gender and age on the amount and composition of residual skin surface components derived from sebum, sweat and epidermal lipids. This study effectively collected RSSC using cigarette rolling paper and analyzed it by GC-MS. Ethnicity, gender and age had no significant impact on the quantity of RSSC recovered from the skin surface.7

In contrast, another study of RSSC collected from adult Caucasian, Asian and African volunteers showed the normalized abundance of seven free fatty acids and one diglyceride differed significantly between ethnic groups. Generally, highest levels were observed in African subjects; moderate and low levels were found in Caucasian and Asian ethnic groups, respectively.8

Also noteworthy is the observation of sebaceous-related lipids in wax ester fractions found in significantly different quantities (p < 0.05) between African-Americans and Caucasians.9 And, similarly to previous findings, amounts of scalp sebum collected were found to vary highly with ethnicity. As recorded through the casual level (CL) at the equilibrium phase 2-3 days post-shampooing, the highest amount of sebum was found in African-American subjects, followed, in descending order, by: Caucasian-American, Japanese, Chinese, Thai, Caucasian European and Indian subjects—the latter showing quite low values.

Furthermore, lower amounts of sebum were recorded with increased age in all ethnicities, compared with younger populations. Male subjects also were found to be higher sebum producers than women, irrespective of ethnicity.10

In a study published in 2018, stratum corneum (SC) lipids were examined in healthy infants ages six to 24 months (n = 60; 30 Thai and 30 Chinese) residing in Bangkok.11 Here, ceramide content was found to be significantly higher in Chinese than in Thai infants.

A 2010 study showed12 African-American subjects to have the lowest levels of forearm SC phytosphingosine-containing ceramides, whereas ceramide levels in East Asian subjects were identical to those of Caucasians. Another report in 2010 found increased forearm ceramide/cholesterol ratios for Asian subjects, compared with Africans and Caucasians.13 Here, Africans had the lowest values; however, there were no differences in the relative composition of ceramides. Clearly, more work is needed in this area.

In addition to ethnicity, the effects of aging in skin lipids have drawn interest for some 50 years. In one of the first concise attempts to characterize these changes with age, 193 male and female control subjects, ages 4 to 60, were recruited.14 Key findings from this study were as follows:

1. The sebum excretion rate, squalene and wax ester content of surface lipids were the highest in males 26 to 40 years old;

2. The percentage of surface lipid wax esters was greater in males than in females at all ages but the prepubertal peak of wax esters observed in males may have been due to an epidermal contribution from sterol esters;

3. There was no significant age or gender variation in the sum of the percentages of triglycerides and free fatty acids;

4. The free fatty acid content was greatest in the first decade of life in both genders, when the sebum excretion rate was at the lowest levels; and

5. The cholesterol content of surface lipids rose to maximum levels at puberty in both sexes.

In a later study, some of these results were reconfirmed. In addition, the population was extended into earlier age groups to include children who started with low sebum levels. These increased in mid- to late childhood under the influence of androgens and the rise continued until the late teens, stabilizing until late in life. In elderly men, sebum levels remained essentially unchanged but in women, sebaceous secretion decreased gradually after menopause.15