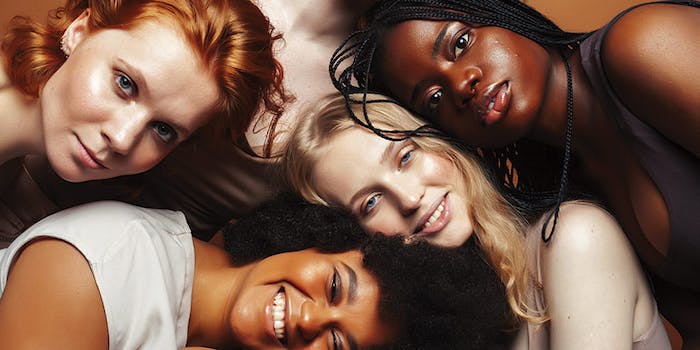 Read the full article in the March 2021 digital edition. . .

The last decade has witnessed an acceleration of attempts to personalize or customize recommendations for skin care products. The evolution of this goes back a century to Helena Rubenstein, or even longer. Advances in skin biology supported phenotypic descriptors in skin care range into the late 20th century; for example, the Prescriptives brand, which perhaps took a lead from Fitzpatrick’s skin types1—building on even earlier work on skin color.2

Continuing research has highlighted the complexities of relationships between skin genotype, the environment and phenotype, recently summarized as the exposome.5 The challenge, however, remains the same—distilling the complex science of these relationships in a way that is understandable, relevant and translatable to consumers’ experiences.

During the 2019 Personalized Beauty Summit, four drivers for growth in customized beauty were described that could potentially address this challenge:

The present article will focus on the latter two drivers to propose a novel approach to these ambitions for individualized skin care. First, however, as a point of clarification, it is important to define some terminology. Personalization, in its truest sense, refers to a unique formulation tailored to an individual and, by implication, reflecting their ever-changing needs. By contrast, customization, referring to a curated or edited choice, better reflects what is practical for most skin care brands and the aim of this project.

Either approach demands the acquisition of evidence to improve the reliability of any recommendation. Such evidence is available through a variety of sources, and the means through which it is acquired often utilizes digital devices—particularly mobile phones with built-in imaging, as exemplified by many skin care brand apps. Digital devices also enable the wider incorporation of user information using artificial intelligence and by collecting biometric and behavioral data.

As of yet, apart from incorporating UV-monitoring devices, little use has been made of environmental data sources to inform skin care choices. DNA analyses of individuals have been proposed but have failed to show any real advantages for product recommendations. Meanwhile, the use of digital technologies, in combination with a more conventional questionnaire approach, overcomes some disadvantages, incorporating data that is not accessible via digital devices into the assessment.

Expanding upon this, utilizing what is already published in the scientific literature could help to guide skin care recommendations. A review of the major factors contributing to an individual’s skin characteristics should include genetic heritage, chronological age, and responses to historical and current environmental exposures. It should also factor in the role of innate skin color and homeostatic mechanisms, lifestyle and psychological status.

To date, most modeling appears to use one or two of these factors as a means of directing an individual to skin care solutions. The approach described here takes a different angle by recognizing two things:

Herein, we highlight the factors that guide this route to customization.

The published literature on variations in skin biology within and between ethnic groups shows that care is required when comparing studies.6, 7 For example, “Japanese” may mimic “East Asian” in skin characteristics; or “African-American” and “Afro-Caribbean” people may have needs that overlap. This, together with the role of age, body site and locality, need careful consideration. However, some general conclusions are possible and it could be argued, as it will be later, that these allow us to factor in other parameters such as age, lifestyle and skin responsiveness to create a more “customized” approach.

Problems arising from the consequences of oily-spot prone skin and pores have been described by Rawlings.6 African-Americans have larger, more active sebaceous glands and greater numbers of pores, but these are less obvious in East Asians, Hispanics and Caucasians. There are also qualitative differences in sebum from different ethnic groups, which may contribute to self-perceived severity of skin shine, for instance. While the age-related incidence of acne and spot-prone skin does not differ widely between ethnicities, the consequences vary, particularly where post-inflammatory pigmentation occurs in the more deeply pigmented skin types.8, 9

The prominence of skin pores does overlap with oily spot-prone skin. Though relatively few studies exist, one indicated similar findings in Japanese and Caucasian skin.10

Skin color should be considered separately from ethnicity, as research shows considerable heterogeneity in genes controlling pigmentation within different ethnic groups.11 Indeed, color measurements from different ethnic groups show widespread hue or chroma (C) within limited luminance (L) for Caucasian skin that overlaps with a similar L range but greater C in Asian and Hispanic skin.12 African-American and Indian women have almost inverse variations, with Indians showing a wider range of L but a similar range of C to Asians and Hispanics.

Broadly similar findings have been documented in comparisons of Caucasian, Chinese, Kurdish and Thai people.13 This showed a greater overlap in L and C, with greater L associated with smaller C, and a tighter spread in values for Thai and Chinese people. This study also noted the importance of the “redness” component of skin color and the differences within exposed sites, such as facial skin.

This research has found application in personalization of foundation products, with highly defined indices and color charts being generated.14 However, there are many implications for a number of skin characteristics15 with the level and type of melanin in UV protection—in both short-term and long-term exposures—having an impact on skin aging and potential dyspigmentation.16

In other work, Voegli, et al.17 showed that pigmentation is not directly related to stratum corneum barrier properties. Their observations in Black albino people give further support to the view that skin color and ethnicity must be considered separately. Overall, skin color also affects how light reflects from the surface. Darker tones emphasize characteristics such as shine, pores and wrinkles. Similarly, a tendency for “graying” with drier skin can change the perceived needs in people of color, independent of any structural differences.

* This ethics-approved study, commissioned at the Digital Health Enterprize Zone, University of Bradford, UK, was limited to 21 participants and halted due to COVID-19. 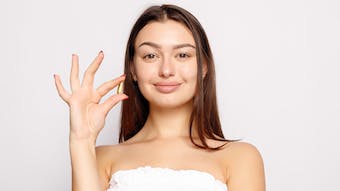