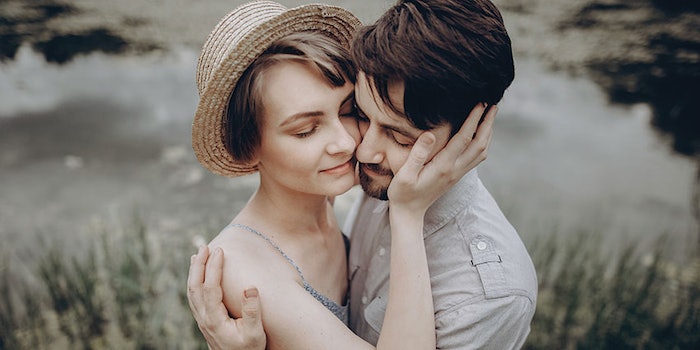 Skin barrier integrity is essential for skin health, and psychological stress can affect the severity of skin conditions by causing a delayed recovery of the barrier function, increasing plasma cortisol levels and activating several inflammatory cytokines. The recovery of the barrier has a circadian rhythm, i.e., a significant time-dependent variation independent of skin temperature and systemic cortisol levels.1 However, stress is known to impair skin barrier integrity and recovery, as research into self-reported adult attachment in relationships has shown.

Greater attachment avoidance in women is linked to slower barrier recovery, while anxiety is linked to faster recovery. The link between differences in attachment style and restorative biological processes in the skin—even in young couples who are in satisfying relationships2—shows how responsive the epidermal envelope is to human emotional states. It comes as no surprise that the effects of stress over exams in students, or women undergoing divorce are strong in delaying the skin barrier recovery, making the skin open and vulnerable.

The Social Brain Hypothesis argues that a larger brain size in primates represents an evolutionary response to complex social interactions and information-rich environments. Further, due to the dramatic reduction in body hair from a primate to a human, and evolutionary response to hairless skin, the exposure of the epidermis to the elements created a new boundary layer that receives and responds to multiple external sensations and signals, as well as social interactions based on changes in appearance and emotional cues such as blushing, blanching, touch and pheromones.

As these peripheral stimuli have placed additional stress on the brain, eccrine gland proliferation happened to dissipate heat, aided not only by sweating but also through undetected trans-epidermal water loss (TEWL). TEWL allows for the more efficient conservation of electrolytes in the body. High rates of TEWL due to changes in the environment have likely selected for new gene mutations that improved the epidermal permeability barrier function—the dominant imperative for life in a dry terrestrial environment.

The epidermis and brain have a common origin: they developed from the layer of embryonic neuro-ectoderm that coats the developing embryo. Since newly exposed skin would have suddenly been bombarded by an array of new sensations, the need to integrate the burden of sensory information has led to a further increment in brain growth.

The epidermis has also retained neuro mechanisms that are associated with the brain. While some neuroreceptors in the skin have been identified but many are still “orphan receptors,” with unknown functions. These epidermal neuroreceptors provide a platform for sensory capabilities via physical receptors that monitor not only the external environment for changes in osmotic, visual, auditory, mechanical, temperature and olfactory stimuli, but also monitor neuro mediators associated with higher functions such as emotional responses, memory and seizure activity.

This range of epidermal sensors has arisen in response to a sudden onslaught of sensory stimuli experienced by the skin. As such, similarly to the influx of complexities from social interactions, the urgent need for processing this bombardment from the periphery also has stimulated an increase in the size and complexity of the human brain.

The epidermis itself has brain-like activities, deploying an array of neurotransmitters and receptors including dopamine, serotonin, histamine and γ-amino-butyric acid (GABA), whose activations have been associated with regulating higher brain functions including memory, emotion, seizure activity and wakefulness. The epidermis also elaborates and receives signals from neuro-hormones; e.g., opioids, cannabinoids, adrenocorticoids and oxytocin.

Oxytocin, in particular, mediates important social cues such as intimacy and empathy, both of which are crucial for interpersonal bonding. In relation, psychosocial studies suggest that skin stimuli can influence human emotion. Naked skin, for example, not only enables more efficient interactions with the physical environment, but also plays an important role in social interactions and psychological well-being.3

The application of skin care products by touch has not been exploited for scientifically validated well-being benefits. Yet, humans are a highly social species and touch is crucial in the formation and maintenance of relationships, buffering physiological and psychological responses to stress, and ultimately, enhancing well-being.

Touch can modulate physiological responses to acute stressors more than verbal support. Despite the dominance of visual and audio components in social communication, humans communicate emotions through tactile interactions and may rely more heavily on such non-verbal forms of communication in times of stress.

Touch as a sensation is difficult to describe in words. The rewarding sensation of touch is underpinned by a specialized system of unmyelinated low threshold nerve fibers called C-Tactile afferents (CT) that are present in hairy skin and respond optimally to a caressing, slowly moving, gentle touch. Tactile stimulation in CT optimal speed (1-10 cm/sec) has been rated as “pleasant” both subjectively and by an objective physiological measure of pleasantness; i.e, the activation of the smile muscle, zygomaticus major.

In support of effective function, CTs project to the posterior insula cortex, a region of the brain that maintains the homeostasis of the body. . .