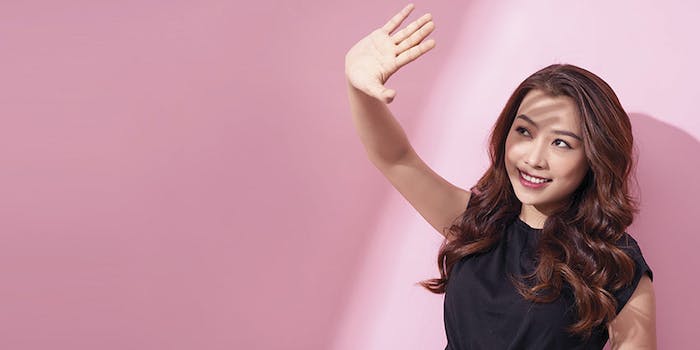 Knowledge about environmental agents that are aggressive toward skin has increased in recent years. Whereas concern previously focused mainly on UVA and UVB, this has broadened to include damage from pollution, tobacco smoke, other ambient toxins, infrared light, blue light and UVA-II.

This article takes a closer look at the negative effects of infrared, blue light and UVA-II on skin. Possible protective measures also are discussed.

As is well-known, the sun emits different types of radiation. For reference, the three wavelengths discussed herein, i.e., infrared, blue or visible light and UVA-II, are depicted in Figure 1. Humans generally are aware of only a small part of the solar spectrum—the portion we perceive as visible light—although we have been educated of the dangers of some of the other rays, such as UVA/B. In addition, while previously unaware of its dangers, we were aware of infrared because we experience it as warmth from the sun.

The dangers of UVA and UVB to skin have been known for years. However, even within these bandwidths, there are differences among the subtypes of solar energy and their effects. For example, UVA-I comprises wavelengths in the 340-400 nm range, while UVA-II falls between 320-340 nm; and UVA-II has the negative effect of suppressing the skin’s immune system, whereas UVA-I does not.1

Clearly, immunity protects the body from infection, such as those caused by micro-organisms. It also performs cancer surveillance, seeking out and destroying isolated cancer cells as they form in the body, thus preventing their implantation into tissue and progression into larger malignancies. These effects strongly contribute to both non-melanoma and melanoma skin cancer risks.2

However upon exposure to UVA-II, the skin’s immune Langerhans (mast) cells decrease in number, there is loss in appropriate immune response to antigens, and tolerance to the infectious agent develops.3 These negative effects in the presence of UVA-II also suggest the potential for decreased response to vaccines.4

The human eye detects solar energy within the visible spectrum. Of this, blue light, also referred to as high energy visible (HEV) light, has a shorter and higher energy wavelength that is potentially harmful to the skin. It also has several positive and even therapeutic uses. Early morning sunlight contains higher proportions of blue light, which to early humans in their natural surroundings, served useful to wake them and energize their brains. Consequently, blue light has been used to help depression.5 This is the basis for full-spectrum, high intensity lighting for the treatment of seasonal affective disorder.

The harmful effects of blue light appear to relate to prolonged exposure—especially to personal devices including cell phones and computers. Fluorescent bulbs emit blue light as well. Unlike ancient human ancestors living in the natural world, only about 40% of our blue light exposure comes from the sun. The remainder originates from our personal devices.

Furthermore, recent studies have shown that blue light penetrates skin deeply and can negatively impact all layers.8 In particular, it has been shown to produce oxidative stress in skin, contributing to free radical damage9 as well as premature photodamage, hyperpigmentation, inflammation and decreases in immunity. Beyond the skin, blue light, being visible, also penetrates the eye and falls on the retina, and a clear relationship has been established between the high energy exposure of blue light and the development of blindness from age-related macular degeneration.10, 11 In addition, the retina’s exposure to blue light can affect the brain and disrupt sleep.12 This may be related to decreased melatonin production or other unknown effects.13, 14

Notwithstanding, millennial consumers in the United States check their phones an average of 157 times each day, compared with older adults who do so 30 times a day.15 Similarly, worldwide, people in most countries are exposed to an average of four additional hours of artificial blue light per day.16