Sirtuins: A Breakthrough in Antiaging Research 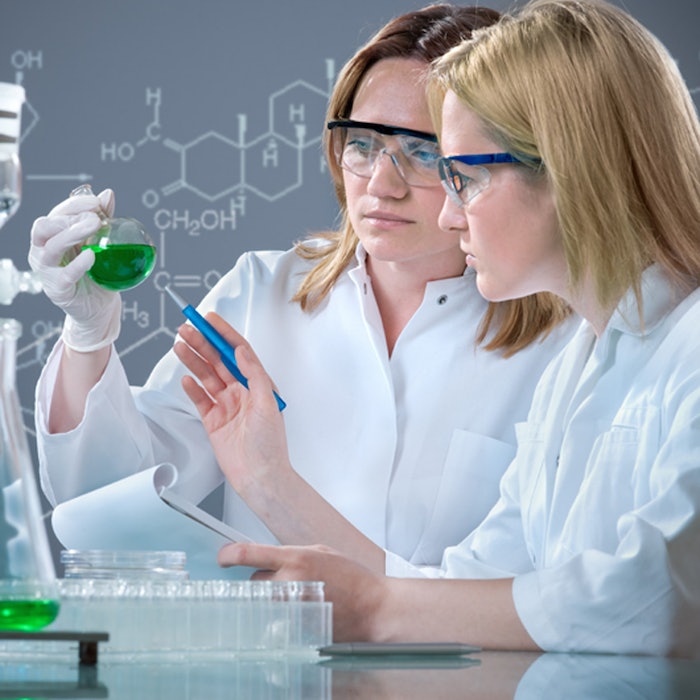 A scientific breakthrough was made in 2001 when lifespan extension induced by caloric restriction was clearly linked to the expression of sirtuins—a recently discovered family of proteins. This discovery opened new areas of investigation in the fight against aging.

The Role of Sirtuins
SIRT1 is the human homologue of Sir2, a key regulator of cell defense and survival in response to stress involved in diverse biological functions including cell development, metabolism, gene silencing, DNA repair, cell cycle progression, apoptosis, heterochromatin formation and especially longevity.1–5 Recent studies have demonstrated the role of sirtuin proteins (the Sir2 gene protein) in life extension induced by caloric restriction.6–10 These findings on the relationship between sirtuins and cell survival extension have attracted a great deal of attention by establishing a direct link between life extension and Sir2 gene expression. In order to better understand the role of sirtuins in aging anFfigured longevity, in the last few years, many studies have investigated the presence of SIRT1 in different human tissues, including human skin.11-13

The current authors investigated sirtuin expression in human skin to evaluate the capacity of tissue to adapt to various aging and stress conditions through the expression of sirtuins.

In fresh ex vivo skin samples, SIRT1 expression in the epidermis and dermis highlights the importance of the role of sirtuins in cell aging and the crucial necessity of their presence in cells. In fresh ex vivo skin, SIRT1 exhibited a predominant nuclear staining throughout the epidermis (Figure 1a). This nuclear localization of SIRT1 confirms the essential role of sirtuins in protection and cell survival against stress. The nuclear presence of SIRT1 enables an immediate response of the sirtuin, acting on stimulating or inhibiting other genes.

Interestingly, frozen skin samples (Figure 1b) exhibited a predominant cytoplasmic staining, probably related to the cold stress, suggesting a correlation between sirtuin expression and the type of stress. However, if frozen skin is viewed as a reliable model, it seems that the cell is using a mechanism other than sirtuin to fight against such cold stress.

Taken together, the authors’ investigations of sirtuin expression (SIRT1) in human skin samples have demonstrated a pattern of expression that is highly dependent on stress conditions.

Cell senescence studies by the current authors have demonstrated that the induction of SIRT1 by addition of a selective sirtuin-activating compound (STAC) to aged human skin cells correlates with a decrease in the expression of a senescence marker and with an extension of the lifespan of these cells. Moreover, parallel studies on aged human skin cells have shown that the expression of the senescence biomarker β-galactosidase was considerably diminished in cells where SIRT1 was induced. Aged cells, after SIRT1 induction, exhibited a decrease in the number of stained cells and in the staining intensity of the senescence marker, compared to the control where SIRT1 expression was not induced (Figure 3). This data suggests that STACs can restore the adaptive response in aged cells.

Similarly, the authors’ supplementary histological studies on human skin samples after multiple days in culture have confirmed that skin morphology, structure and integrity are clearly more preserved in skin samples in which SIRT1 was induced than in control skin where SIRT1 expression was not induced (Figure 4). Furthermore, viability studies have revealed an increase of 9% to 28% (depending on the cell’s age) in cell viability in cells where SIRT1 was induced, compared to control cells where SIRT1 was not induced.

Sirtuins in the Cell Cycle

The authors studied sirtuin expression in various conditions. These studies demonstrated a significant correlation between stress, cell viability and sirtuin expression. This correlation suggests that sirtuins play a fundamental role in regulating stress damage response through stimulation of repair mechanisms (Ku70 pathway) or apoptosis (p53 pathway), depending on the dose of stress received.14 The strategic role that the SIRT1 gene plays in the cell cycle confirms its potential to regulate life extension and shows how a direct effect on sirtuin expression, by STACs treatment, can have a direct impact on cellular longevity by upstream regulation of many genes directly involved in life-regulating pathways.

It is known that different stress signals related to significant DNA damage lead to p53 protein increase in the nuclei where p53 plays a role at the level of the cell cycle. Recent data by the current authors strongly suggests a predominant role of sirtuins in regulating p53 expression.

•Under stronger damaging UVB doses, increased p53 expression induces the apoptotic process involving Fas/CD95 expression. In parallel, a decrease in SIRT1 level shows a dominance of the p53 pathway over the action of SIRT1 on cell survival, indicating an increased likelihood of cell death to protect from the proliferation of abnormal cells in the skin.

To demonstrate SIRT1’s role in cell aging, the authors performed cell senescence studies using a specific biomarker that is absent from quiescent and differentiated cells. Indeed, a decrease in the number of cells entering into senescence was observed in cells where SIRT1 was induced. This data was confirmed by an improvement in the viability of aged cells. These studies have confirmed the fundamental role that SIRT1 plays in counteracting skin aging.

Moreover, histological studies by the authors on human skin samples have revealed that skin in which SIRT1 was induced is more preserved than in control skin that exhibits the usual stress and signs of damage that accompany multiple days in culture.

These findings further substantiate the notion that the presence of sirtuins is important for cell survival. Nevertheless, in irradiated aged skin, SIRT1 expression and its relationship to UVB dosage and p53 expression was less obvious than in younger skin samples. This interesting result correlates with the defective functioning of some key molecules that may accompany or induce aging.

Taken together, this data demonstrates that SIRT1 induction in the skin by topical application of a selective STAC would be an interesting approach in the skin care field. Interest in including such STACs in different skin moisturizers or specific antiaging products, as well as in cosmetics, is occurring with the knowledge that sirtuins play a key role in protecting the skin from stress and photoaging.

The key role of sirtuins as “longevity proteins” is becoming well-accepted and new data confirms the clear and strong expression of SIRT1 in human skin. As has been seen, recent studies also suggest that SIRT1 plays an additional protective role against environmental stresses, such as UV, and other factors that cause the skin to age. Moreover, at the molecular level, the fundamental role of sirtuins in important cellular pathways demonstrates that they could be explored as key regulators in many areas of dermatological study, including skin repair and antisenescence research.

Overall, these studies suggest that SIRT1 expression optimization is an important strategy in the fight against aging. Its importance can be compared to other leading antiaging strategies such as DNA protection or the use of anti-free radicals, due to the central role that sirtuins play in cellular protection and repair. Indeed, it would be interesting to combine STACs with other antiaging strategies in order to provide a synergistic and multifaceted approach to the fight against aging.

12.C Dal Farra, E Bauza, JM Botto and N Domloge, SIRT1 the human homologue of Sir2 is expressed in human skin and in cultured epidermal and dermal cells and is closely related to stress and aging. J Invest Dermatol 124(4s) 367 (2005)