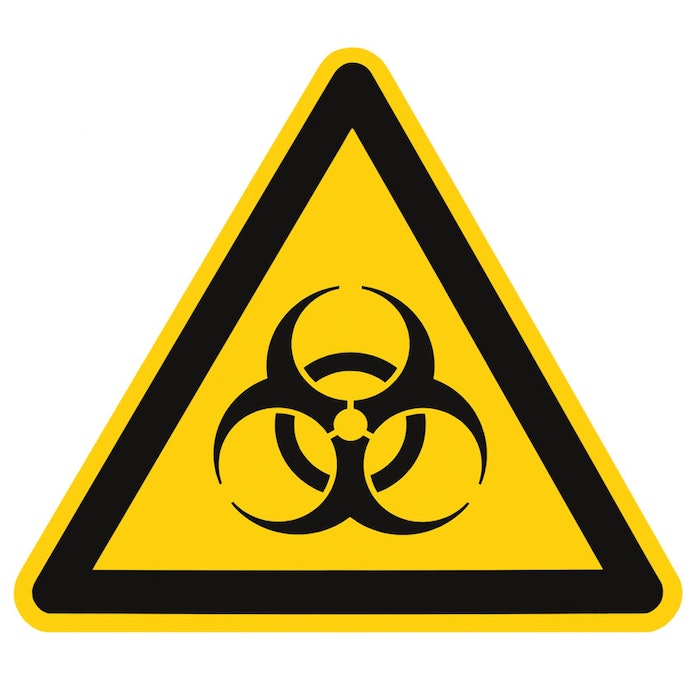 The deadline for two pollutants of concern is looming: the state of California's notice of intent to list perfluorooctane sulfonic acid (PFOS) and perfluorooctanoic acid (PFOA, also known as C8) amongst reproductive toxins will go into effect on Nov. 10, 2018. While these are not cosmetic ingredients—or rather, they shoud not be—they have reportedly been identified in some sunscreens, possibly as contaminants of polytetrafluoroethylene (PTFE), which is a cosmetic ingredient.

Guilt by chemical family association? Probably. Regardless, the Independent Cosmetic Manufacturers and Distributors (ICMAD) group cautioned the industry that these compounds could make manufacturers vulnerable to lawsuits.

"Like the easy targets of phthalates, it is anticipated that these chemicals will open the door for many more notices of violation (NOVs) from plaintiffs," wrote the group in an industry alert. The ICMAD not only flagged the Nov. 10 date, but urged cosmetic manufacturers to become aware of the labeling requirements related to these compounds.

The state of California's Code of Regulations identifies "Clear and Reasonable Warnings" must be given for ingredients of concern. "The message must clearly communicate that the chemical in question is known to the state to cause cancer, or birth defects or other reproductive harm," it states. In November 2017, the state identified these compounds as causing reproductive toxicity.

PFOSes and PFOAs are fluorinated hydrocarbons that, formerly, were used widely in industrial applications for their oil- and water-resistant properties, among others. Based on a 2015 study of commercial Thai sunscreens, these materials were also being used as film-formers in some waterproof sunscreens, according to ICMAD.

Although Chemical & Engineering News (C&EN) reports these compounds are no longer produced in the United States, and PFOS and PFOA are not reactive, they are persistent in the environment. In fact, the U.S. state of Michigan just declared a state of emergency due to the levels of combined PFOA and PFOS found in the local drinking water.

As a C&EN article explained, in January 2018, a 70 parts-per-trillion (ppt) level was approved in the state as the "enforceable cleanup level," translating as 7 ppt and 11 ppt in drinking water for PFOS and PFOA, respectively. This limit was set after alarming levels of 740 ppt and 670 ppt were found in the public drinking water—and high levels of these compounds have been linked to serious health issues.

Since PFOSes and PFOAs have been used across a wide range of products, the ICMAD is now urging companies to determine whether their products contain these substances and, if so, to prepare a warning label accordingly. As of now, California's Office of Environmental Health Hazard Assessment (OEHHA) has not set permissible use levels.

In response to the above story, industry expert David Steinberg shared a few facts and opinions about these ingredients and their use and/or presence in cosmetics.

"I have major issues with the use of either of these chemicals in sunscreens. First, they are in violation of U.S. Food and Drug Administration (FDA) labeling requirements for sunscreens. The regulations state, under inactive ingredients:

1. If the label makes no cosmetic claims, ingredients are to be listed in alphabetical order using their USAN Names. Neither of these chemicals has a USAN name, therefore using them in this manner is mislabeling.

2. If the label makes any cosmetic claim (e.g., "with vitamin E," "contains aloe," or "is non-greasy"), ingredients are to be listed in descending order down to 1% using their INCI names. However, neither has an INCI name, therefore using them in this manner is mislabeling.

"Second, chemically these make zero sense in a sunscreen. Both chemicals are very strong acids and, if used in non-ionic emulsions or anhydrous products, they could burn the skin. If used in emulsions, they become salts and lose any water-resistant properties, as they become water-soluble.

"Also, I found no product using these registered with the FDA, either for cosmetic uses or in the drug registrations. Lastly, they have no Unique Ingredient Identifiers (UNIIs) for drug use as inactive or active ingredients. So if either was used in sunscreens, they were used in violation of FDA regulations."