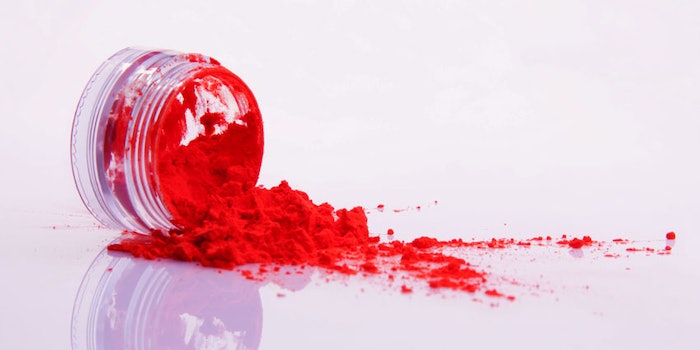 It's been more than two years since changes were made to Canada's Cosmetic Ingredient Hotlist. This month, however, Pigment Red 4 was added and amendments were made regarding the preservatives methylisothiazolinone and methylchloroisothiazolinone, among other updates.

Pigment Red 4 was added to the list of restricted substances; interestingly, it has previously not been deemed a chemical of concern. Now, the maximum permitted concentration of Pigment Red 4 is 3.0%. According to the Canadian government, this action was taken due to potential health concerns, as determined by the government's Chemicals Management Plan (CMP) under the Canadian Environmental Protection Act, 1999 (CEPA 1999).

According to the U.S. Personal Care Products Council wINCI database, Pigment Red 4 is classed chemically as a monoazo color. To identify the certified colorant for labeling purposes in the United States, the INCI name "Red 36" is used; in the EU, "CI 12085" is used, except in hair dyes; and in Japan, it is "Aka228." The INCI name for batches of this colorant that are not certified is Pigment Red 4.

Methylisothiazolinone (MI) was amended by adding new usage conditions; as a prohibited substance in leave-on cosmetic products and reducing the maximum allowed concentration in rinse-off products to 0.0015% due to sensitization risk.

Furthermore, if a mixture of MI and methylchloroisothiazolinone (MI/MCI) is used in the same product as MI, the total concentration of MCI/MI + MI cannot exceed 0.0015%. This follows sensitization findings from Europe's Scientific Committee on Consumer Safety (SCCS), reported in 2016.

This entry to the Cosmetic Ingredient Hotlist was amended to clarify the same as stated above; that if a mixture of MI/MCI is used in the same product as MI alone, the total concentration of MCI/MI + MI cannot exceed 0.0015%.

This listing was removed since the substance is now captured by a new, expanded entry for Nerium oleander, its extracts and glycosides. All parts of the Nerium oleander plant, including the sap, are toxic.

Finally, chloramine T was amended to add related compounds, for clarity. The additional compounds could convert to chloramine T when mixed in solution, and exposure to Chloramine T can result in skin and respiratory sensitization. 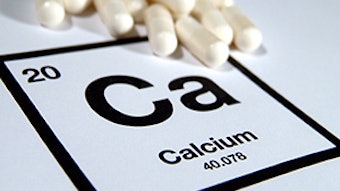