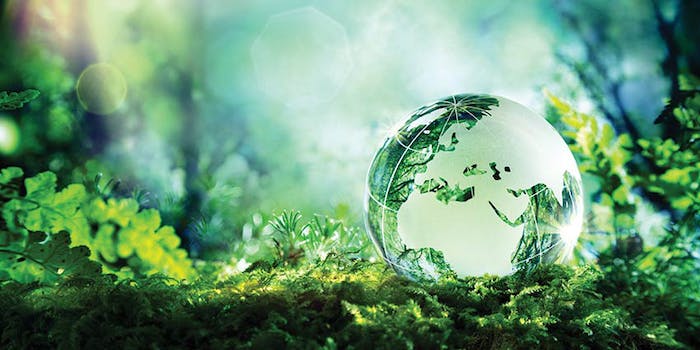 The focus on plastics and their environmental fate has grown in recent years. Indeed, during the summer of 2016, the media in the U.K. was at fever pitch on the topic, and the cosmetics industry was, in the opinion of Cosmetic, Toiletry and Perfumery Association (CTPA), unfairly singled out as a major contributor to the issue.

The problem of plastic pollution in our oceans and waterways is, of course, extremely serious. However, we must tackle the major sources of plastic pollution and review our use and reuse of plastic, both on a personal and an industrial level, if we are to reduce the presence of microplastics in the aquatic environment.

This article highlights the latest actions in the U.K. and EU, focusing on plastic microbeads and microplastics, some of which have the potential to impact the cosmetics and personal care industry greatly with questionable benefit to the marine environment.

Nevertheless, as a responsible industry and in order to facilitate sectorwide best practice, the European Personal Care Association, Cosmetics Europe, issued a recommendation in 2015 to discontinue the use of synthetic, solid and plastic particles (i.e., plastic microbeads) used for exfoliating and cleansing that are nonbiodegradable in the aquatic environment by 2020.2 The recommendation built off of voluntary initiatives already taken by individual member companies of Cosmetics Europe.

Through research and activities on the disposal of plastic, the cosmetics industry is working to be a part of the wider solution.

By the end of 2017, Cosmetics Europe membership demonstrated a 97.6% decrease in usage of plastic microbeads per the recommendation.3 To facilitate global alignment, Cosmetics Europe is also working in close contact with its international association partners.

U.K.: As a member of Cosmetics Europe, CTPA was promoting the recommendation to the U.K. cosmetics industry. Therefore, voluntary action was already taking place ahead of the proposed U.K. legislation.

Per the recommendation, the U.K. began voluntarily removing plastic microbeads from wash-off cosmetics in 2015; in fact, before the U.K. legislation was proposed, CTPA members had achieved a 70% reduction in the use of plastic microbeads and had committed to 100% removal by 2018.4

Throughout 2017, the U.K. government consulted on proposed legislations that culminated in the passing of a ban on plastic microbeads in rinse-off cosmetic products in December 2017, which is now in force. The voluntary action meant the industry was well-prepared to comply with the U.K. legislation.

The following definitions are employed within the U.K. law:

Microbead means any water-insoluble solid plastic particle of less than or equal to 5 mm in any dimension.

Plastic means a synthetic polymeric substance that can be molded, extruded or physically manipulated into various solid forms and that retains its final manufactured shape during use in its intended applications.

Rinse-off personal care product means any substance, or mixture of substances, manufactured for the purpose of being applied to any relevant human body part in the course of any personal care treatment, by an application that entails at its completion the prompt and specific removal of the product (or any residue of the product) by washing or rinsing with water, rather than leaving it to wear off, wash off, or be absorbed or shed in the course of time.

The European Commission launched a strategy concerning microplastics in January 2018.5 As part of this focus, the Commission requested that the European Chemicals Agency (ECHA) prepare an Annex XV Restriction Dossier—under Regulation (EC) No. 1907/2006 of the European Parliament and of the Council on the Registration, Evaluation, Authorization and Restriction of CHemicals (REACH)—concerning the use of intentionally added microplastic particles to consumer or professional-use products. To that end, ECHA issued a call for evidence between March and May on the intentional uses of microplastic particles in products of any kind—not just cosmetics.

The restriction proposal6 has been added to the Registry of Intentions on ECHA’s website; the information submitted to the call for evidence for the Annex XV Restriction Dossier will be used to determine if any derogations are required for the potential restriction.

The call’s scope was extremely broad, and its definition of microplastic in the ECHA is of great concern: “Any polymer-containing solid or semisolid particle having a size of 5 mm or less in at least one external dimension.” Note that both natural and synthetic polymers and both solid and semisolid are included.

Given the very short timeframe for data-gathering, Cosmetics Europe sought input from its membership across the EU on 19 specific substances in order to submit a socioeconomic assessment. It must be noted that some of these substances, covered by the ECHA definition, are not considered to be microplastics according to the above industry definition of a plastic, which is also used across many pieces of global legislation including the U.K. legislation on plastic microbeads.

Cosmetics Europe made a robust submission to ECHA, including a comprehensive socioeconomic impact assessment, and provided a paper on the importance of scientific definitions and a review of the current science.

ECHA is now reviewing the evidence tendered and the anticipated submission date of an Annex XV report describing ECHA’s investigation, and any proposed restriction, is Jan. 11, 2019. The Report will then be reviewed by the European Committee for Risk Assessment (RAC) and Committee for Socio-economic Analysis (SEAC).

If ECHA maintains its working definition of “any polymer-containing solid or semisolid particle” as the basis for a restriction, the impact on the cosmetics and personal care industry would be catastrophic, without evidence that the additional ingredients affected by the ECHA definition pose a risk of harm to the aquatic environment.

We await the next steps of the process with keen interest.

Crucial to this is the definition of “single-use plastic” which, we believe, must relate to the way the product is used and must not be expanded to all plastics in general.

CTPA submitted comments to the request and we await any actions, which the Chancellor is expected to announce in the Autumn Budget after time of press.

EU: At a European level, the Commission proposed a new Directive on Single Use Plastics.8 If this proposal is approved in its current form, it will have a number of impacts on some cosmetic products: labeling requirements, extended producer responsibility and awareness-raising measures.

The European Organization for Packaging and the Environment, EUROPEN, issued a set of joint recommendations from across several industries and has submitted these to the EU negotiation process.9

It is widely acknowledged that cosmetic and personal care products account for a tiny fraction of the problem of aquatic plastic pollution.

The cosmetics industry acted where it felt that action could be a positive step; it is in a unique and privileged position to utilize its global network of experts in this way. However, the disposal of plastic is a major global problem that affects all industries, and the appropriate disposal of plastic ultimately depends on individual actions. Through research and activities in this area, the cosmetics industry is working to be a part of the wider solution. For a tangible benefit to the marine environment, action is required by predominant contributors.