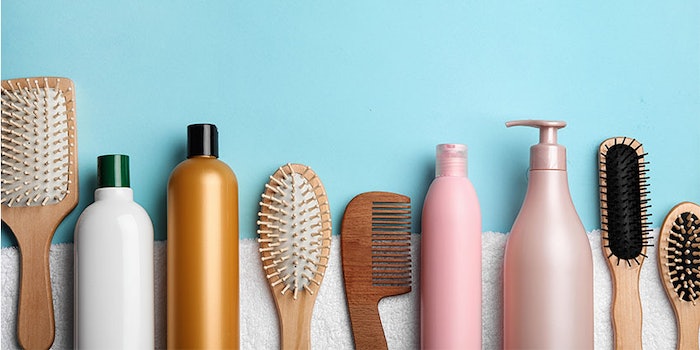 A walk through any supermarket or drug store hair care aisle can be an overwhelming experience. Products claiming a multitude of benefits for healthy hair or scalp bombard the consumer, who has no standard by which to gauge the effectiveness of these products. As good business practice, regulations and voluntary organizations all ensure that claims are reasonably supported, yet consumers understand that the claims are being made by self-interested manufacturers. Third party support is therefore a common strategy to improve credibility; for example, certification programs have been developed for eco-friendly products to help consumers evaluate otherwise unknown issues related to the product supply chain.1, 2 Besides consumers, hair experts, especially dermatologists caring for patients challenged by hair conditions, also lack an efficient means to critically evaluate claims.3

Currently, one of the most persuasive and effective certification programs is the professional review the American Dental Association provides for anti-cavity claims.4 While beauty claims generally are not associated with outcomes as clear cut as cavity reduction, there is still a strong desire to ensure that claims are honest, reasonable and correct. After all, since claims data is generally not released outside of a company—unless the claim falls in a specific category requiring prior review by the FDA; or the claim is challenged—the only people who review the actual data, ingredients and methods behind most claims are working for the manufacturer.5

In consideration of hair product claims, the North American Hair Research Society (NAHRS)—a non-profit organization composed of dermatologists, scientists and industry partners dedicated to research and education in the field of hair biology, and to the identification of therapies for hair disorders—developed the NAHRS Seal of Recognition Program.6 The purpose of this seal (see Figure 1) is to identify, both to experts and consumers, products whose quality and effectiveness are beneficial for promoting healthy hair or scalp, in diagnosing or treating hair or scalp disease, in diagnosing or treating hair loss, or in stimulating or inhibiting hair growth. In order to receive the seal, a product’s ingredients, claims language and, if necessary, test results from independent laboratories are evaluated by an independent and anonymous panel of NAHRS experts comprised of medical doctors and researchers.

Within this program, products are reviewed for overall performance versus an untreated control. Not all claims are supportable; for instance, competitive claims will generally not be considered. In addition, claims generally recognized as puffery will not likely receive NAHRS certification. The expert assessment of results involves a detailed statistical review of the product performance. Acceptable results are measureable, statistically significant changes between the untreated control and the treated sample. Overall the seal represents the fact that certified products and their claims have received a level of external review that is rarely found in the personal care industry.

Perhaps the closest analogy to the NAHRS Seal is the voluntary Clearcast process7 used in the United Kingdom to prescreen advertisements for adherence to British broadcast standards. However, some of the differences are worth noting. Clearcast reviews the entire content of each advertisement while NAHRS reviews only the claims submitted for certification. Advertising that includes the NAHRS Seal also must be cleared by NAHRS to ensure that the seal does not appear in a misleading context. Both the NAHRS and Clearcast also can give advice prior to a company’s final submission of the product, and both encourage companies to seek out this advice to minimize surprise. In general, Clearcast is concerned with making sure that consumers are not misled by advertising. The NAHRS and its independent testing partners are focused on certifying scientifically proven claims related to their areas of expertise.

The NAHRS name is valued in the hair research and education community. Each seal issued appears on the NAHRS Web site along with the attributes for which testing standards were met during the recognition period. Recipients are eligible to use the seal and the Official Seal Statement on the accepted product’s packaging, in advertisements, in promotions, and on the product’s Web site.

Currently, the program only considers cosmetic claims related to hair fiber characteristics including: anti-frizz, build-up, color fastness, curl retention, diffusion of the product into the hair fiber, fiber softness, flyaway reduction (i.e., anti-static properties), holding ability (i.e., the hold strength of hair fixatives), manageability or efficacy in increasing combability and decreasing tangles, moisturizing ability, protection from heat damage, shine, smoothness, strength or volume. As noted, in order to be granted the seal, a product must meet certain requirements, which vary depending on the product type and claim. For example, claims of moisturization and strength would be evaluated by combing experiments while anti-frizz and holding ability claims would be based on curl droop and high humidity testing procedures. The appropriate test for each claim depends on the specific language in the claim.

The selection of the tests, methods and standards for success are agreed upon by external experts before testing is conducted. Products that fail the tests will not receive the seal. It should be noted that while an established list of claims with their supporting tests would be an ideal tool for brand teams, in practice, each specific claim comes with a specific context that must be discussed separately. In addition, while it is true that the relevant statistical test is often 95% confidence (p < 0.05; two-tailed t-test), in comparison to a control, small changes in language can make big changes in the analysis required to establish significance.

In contrast to Underwriters Laboratories whose UL seal indicates electrical safety, or an organic certification stating that a product meets a specific publicized list of qualities, the data required to receive the NAHRS seal depends on the claim being certified. A claim of frizz-resistance, for example, could be as simple as “resists frizz,” which would likely be substantiated via a comparison between treated and untreated curly hair in a high humidity challenge. A more complex claim such as, “resists frizz longer” would require the same test but resistance to frizz would be measured over time in comparison to an appropriate control.

Testing to support anti-frizz claims involves the use of image analysis to track the increase in volume of frizzy tresses after exposure to elevated humidity conditions. Appropriate product application is carried out together with heat-straightening to produce the initial state. High quality images of the tresses are then captured while the hair is maintained at 25% relative humidity (RH) and as it is raised to 50% RH, with images captured as a function of time. A typical anti-frizz study is illustrated in Figure 2.

A claim for shine enhancement could be as simple as “makes hair shine,” which would likely be substantiated by a comparison of the specularly reflected light between treated and untreated hair. A more complex claim such as “makes dull, damaged hair shine” would be more difficult to support since the hair would not only need to be carefully selected, but also, a slight improvement would not be enough. The final level of shine would need to be above some threshold that could be difficult to define.

Testing for shine involves the use of a devicea that collects parallel and perpendicular polarized images to measure the interaction of polarized light with hair tresses. The principle of measurement is based on the fact that when plane polarized light is incident on a reflecting material, the specular reflection maintains its polarization, whereas all other scattered light, or the diffuse reflection, is depolarized.8 Thus, the extent of depolarization is a measure of the loss of shine, and each experiment involves capturing two images of the hair. Tress images before and after treatment under unpolarized light are shown in Figure 3.

The first image is taken with a device using parallel polarizers that captures all reflected light. The second image uses perpendicular polarizers, which eliminates the specular reflection and captures only the diffuse reflection. Therefore, by subtraction, it is possible to quantify the specularly reflected light. Results from a typical study using polarized light as described here are shown in Figure 4. These two parameters can then be used in conjunction with different shine equations from the technical literature.9, 10

The NAHRS Seal program is a unique attempt to bring rigor to claims in the beauty industry. Once accepted and understood by consumers, it could have a significant impact on the industry. Formulators and brand marketers would need to partner more closely to insure that products deliver their claimed benefits in a statistically significant way using industry-recognized methods. Formulators should expect brand managers to take a new and heighted interest in test data and in the optimization process much earlier in the product development cycle. Marketers should also expect the need to settle on supportable claims language earlier in the product development cycle. Ultimately, products that are sufficiently efficacious so that the credibility of their claims can be supported by external experts will hold a clear advantage in the marketplace.

a The Samba Hair Imaging System is manufactured by Bossa Nova Technologies.