'Nessie' and The Precautionary Principle 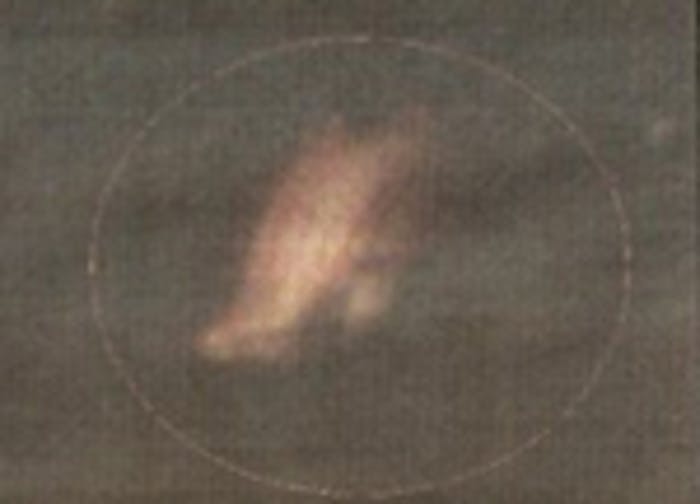 Democracy is a good thing, there is no doubt in my mind about that, but it can be taken too far. The word democracy comes from the Greek demos meaning people, and krátos meaning rule or strength. The ancient Greek city states experimented with this system, in which all people had the same access to power and all members enjoyed universally recognized freedoms and liberties. So, one might wonder, how can democracy be taken too far?

This article is not about an initiative of a Dutch political party that wants absolute freedom of speech, including, for example, the right to state that the Holocaust never happened—the party is not suggesting it did not; however, outlandish ideas can only be changed if they can be discussed. Hence, there needs to be absolute freedom of speech. The limit is reached when words instigate hatred and violence. Readers with absolute freedom of speech would probably ask me right now whether this is a political column or one about cosmetic science. The latter, of course, but I need to warm you up since politics are involved in this cosmetic subject.

A little while back, I published a story in Cosmetics & Toiletries magazine on the use of nanotechnology in personal care. The argument was that the majority of manufactured nanoparticles are used to produce sunscreen actives for sun care formulations. These particles, specifically micronized zinc oxide and titanium dioxide, must be nano-sized because customers want to apply a transparent film on their skin. While concerns have been raised that these particles might penetrate the skin, a plethora of studies (approximately 70) have been executed and have failed to show the particles penetrate beyond the stratum corneum. A few studies did show somewhat deeper penetration but in these cases, the results could be attributed to the methodologies used. So, in approximately 70 studies, no experimental evidence was found to support the argument that nanoparticles penetrate the skin.

Theoretical knowledge of skin penetration was applied to these particles, guided by deductions made by Prof. Michael Roberts, PhD, of the University of Queensland, Australia, and it was concluded to be physically impossible for these particles to penetrate normal and healthy human skin. Yet, concerns remain because the safety of these particles could not be irrefutably shown. Safety in fact never can be shown because it is impossible to demonstrate the presence of an absence; one can prove that something is there but not that something is absent. This is much like trying to prove that "Nessie," also known as the Loch Ness Monster, does not exist despite the existence of photographic evidence (see Figure 1).1

Enter: The impossible situation of proving nanomaterials to be safe. Academia continues to conduct experiments demonstrating that nanoparticles do not penetrate into the deeper layers of the skin but skeptics and activist groups do not accept this evidence. Academia stresses the impossibility of declaring that something is completely safe, and they are right. Water may be the safest place for Nessie to hide but humans can drown in it. Therefore, cosmetic scientists must continue experimenting until skin penetration is found—much in the same way as the general public should continue looking for Nessie.

Skeptics of nanotechnology continue to convey to the public that the industry is exposing them to grave dangers. While it is true there are safety issues associated with the inhalation of nanoparticles—and this is not the route of entry for sunscreens into the body; they are obviously not intended to be inhaled—skin penetration of topically applied particles is theoretically and experimentally impossible.

Thus, there are two camps with opposing opinions. The scientists cannot unambiguously state that something that is not there could not be there and similarly, the skeptics of nanotechnology cannot argue that, without the facts, the technology should not be used; but if this were the mentality, the human race would not have evolved from living in caves. A true Catch-22 situation! The generally accepted response to evade such situations at the end of many scientific papers is that further research is necessary to resolve the matter.

Instead of doing nothing, the real world behaves differently. Faced with a situation where the absolute safety of the item cannot be guaranteed, toxicologists make an estimation of the risk, build in a safety margin, and reach a conclusion that something can or cannot be used in the marketplace. This is what happened for micronized zinc oxide and titanium dioxide, and the general public has been using these nano-sized products for years without any known health risks.

Although further research on skin penetration of nanoparticles should be conducted, by the laws of science, no researcher can demonstrate that it did not happen. Hence, the uncertainty will always remain, enabling the general public's already negative opinion of nanotechnology to grow. Even worse, a recent television program in the Netherlands spoke to how the personal care industry hardly knows anything about the safety issues associated with nanotechnology. Scientists publicly promised to do further research in such fields, knowing it would be insufficient because there is no conclusive answer. This is again a Catch-22 situtation; however, in this case, more research is not going to help.

Since science cannot solve the nanoparticle problem, the problem has moved into politics—and politicians have solved it, but how? In a presentation at the Cosmetic Science Conference held during in-cosmetics in Munich this past April, a lawyer, Andreas Reinhart, PhD, told the audience that the presence of nanoparticles in cosmetic products would soon need to be declared.

When asked for the reasons for this, he commented: “There continues to be no certainty concerning health risks. There is, therefore, a uniform view that further research should be undertaken. Agreement also exists to the extent that the valid legal regulations are suitable and adequate to market safe products in accordance with the current knowledge levels."

Reinhart continued, "[The fact] that, in the new EC Cosmetics Regulation, there will be nano-specific legal provisions is ... somewhat surprising. Wide-ranging significance is attached to the wish for comprehensive consumer protection, which is why the precautionary principle is increasingly being applied also in the field of cosmetics. The EC Commission (Regulatory Aspects of Nanomaterials, 17.06.2008) correspondingly declared that the measures must be founded on the precautionary principle, ‘where the full extent of a risk is unknown, but concerns are so high that risk management measures are considered necessary, as is currently the case for nanomaterials.’”

Reinhart is saying that since science cannot give an absolute answer, and only shows a lack of incriminating evidence, the public remains concerned. The industry will, therefore, put a label on nanoparticle-containing products stating: contains purpose-made nanoparticles, and the general consumer can decide whether or not to use the product. In my view, this is democracy gone too far.

If the scientist can state that no skin penetration of nanoparticles can be sufficiently shown but not conclusively demonstrated, why should the industry ask the general public to decide for themselves? Lawyers call this the precautionary principle but what it really means is that democratically chosen representatives cannot make a decision for the consumer and are asking the consumer to make their own decision.

On June 4, 2009, the personal care industry in Europe could be better represented by voting for members of the European Parliament. Unfortunately, nowhere can one read about the members' view on nanotechnology. Instead of electing representatives that search for Nessie, Europe should elect members that make decisions based on the facts. To my European friends, do not forget your democratic right to vote on June 4.

I need to go now—Nessie is calling. I hope I can find her, she has again penetrated into the waters of Loch Ness and is probably only as big as a nanoparticle...