The BB Cream has its origins in northern Germany in the 1960s, where dermatologist Christine Schrammek, MD, invented it to protect the skin of one of her surgically treated patients.1 These creams did not become popular until they were introduced to Korea in 1985, where they currently occupy a large market share of the cosmetic market. Skin lightening had been commonplace in Asia, but modern skin lightening products such as BB creams differ greatly from those used in the past. In Japan, the Geisha adopted many methods to lighten the face color including the application of heavy, white makeup. Following folk tradition, Chinese women ingested minced pearls to obtain skin lightening. Past lightening products have been formulated with phenol derivatives such as hydroquinone, which has been associated with side-effects. Alternatives included foundations that imparted heavy, unnatural results. Tinted moisturizers were then introduced, which were less binding and offered some pigments, but did not correct underlying skin color. 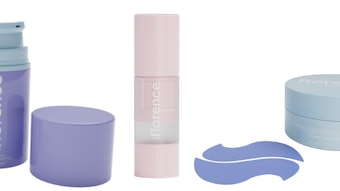