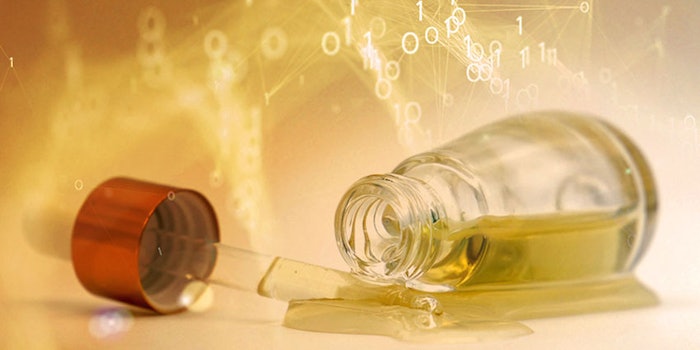 Created from Haberlea rhodopensis, also known as the resurrection plant, Chronoglow is a natural active for the skin designed to reverse the effects of aging and improve its radiance. According to Givaudan, the ingredient rejuvenates the skin at different cellular levels, from epigenetics to protein expression, and protects cells against senescence and oxidation.

The company’s researchers used AI to better represent the clinical results and demonstrate the visual benefits of Chronoglow. The active reportedly enhances skin firmness and provides three dimensions of glow:

With this ingredient, experts crafted Eau de Radiance, a "glowing veil" prototype formulation to reportedly regenerate the skin. A few drops of the liquid on the face is said to rejuvenate and illuminate skin tone.

“Haberlea rhodopensis is an Ice Age plant that has survived extreme climate conditions thanks to its epigenetic mechanisms of cellular survival,” noted Mathias Fleury, category manager of Givaudan Active Beauty. “We are now able to mimic and reproduce what the plant does in its cells in the skin. Chronoglow is therefore a 100% natural and sustainable powerful botanical ingredient, with exclusive benefits of well-aging and radiance.”