Emulsions, i.e., mixtures of immiscible liquids, are the cornerstone of the personal care and cosmetics industries. In the form of hand lotions, shampoos, shaving creams, sunscreens and more, they enable a wide variety of ingredients to be quickly and conveniently delivered to hair and skin. However, despite their ubiquity, many possible ingredients experience significant changes in physical properties under high shear conditions, such as in traditional emulsification equipment. For example, many large molecules, both natural and synthetic, are non-Newtonian fluids. By definition, these fluids change their rheological properties under shear conditions. Examples include solutions of cornstarch and xanthan gum.

Traditionally, emulsions are formed under high shear conditions using static mixers, ultrasound devices, homogenizers or rotor/stator mixers but due to the limitations of these mixing technologies, compositions and processing conditions are typically over-designed to ensure product requirements are met. This results in the use, and often overuse, of chemical surfactants, the over-shearing sensitive materials, and high energy consumption. As an alternative, the authors propose the method of microchannel emulsification to enhance process control, thus enabling the introduction of new products to the market.

Emulsification is one of the many applications of microchannel process technology. This technology platform is based on performing process unit operations in very small channels rather than large vessels. Microchannel technology holds many parallels with microelectronics, which revolutionized the computer industry by shrinking processing hardware while improving performance. The result was processing equipment that is much smaller, less costly and more efficient. To date, microchannel technology has been applied to the production of biofuels as well as various petrochemical processes.1

In microchannel emulsification, droplets as small as 1 micron or less are formed one at a time by pushing the dispersed phase of a traditional o/w or w/o emulsion system into a continuous phase through a specially designed porous dispersion plate (see Figure 1). Droplets of the dispersed phase are sheared off at the wall, which results in high shear at the wall but low bulk shear to avoid damaging the sometimes fragile emulsion components, enabling formulators to use shear-sensitive ingredients in emulsified products.2 Some examples of shear sensitive materials are cream, some waxes, chocolate, paint, carob seed, some perfumes, xanthan gum and many others.

As will be shown, the microchannel process forms small droplets with tight droplet size distributions, both of which improve product stability.3 Furthermore, this approach permits in-line heating and cooling for gentle reagent heating as well as rapid product quenching, which also improves emulsion stability. Finally, this method allows for the precise mixing and control of mixing energy, which can reduce the energy required to form emulsions, compared with devices such as rotor mixers. This is because energy input for microchannel emulsification is controlled by the pumping rates, as opposed to conventional mixers that continually shear the entire formulation until an average particle size is achieved.

To test the ability of the microchannel process technology to form stable emulsions with even particle size distribution, a simple o/w shea butter hand lotion was formulated (see Formula 1) and put through the device (see Figure 2) equipped with heat exchangers and compatible pumps that feed the formula phases in a steady, controlled manner. These emulsions were compared with those made in a conventional batch mixer. As seen in Figure 3, the emulsions resulting from the microchannel device exhibited a narrow, single peak droplet size distribution, while the conventionally mixed emulsions had a wider, double peak distribution. Reduced droplet size and narrow droplet size distributions are widely known to improve emulsion stability, in turn reducing the need for surfactants, i.e. emulsifiers, that are used to prevent emulsions from breaking.3

Considering the set-up, many pump types can be used, including progressive cavity, diaphragm, piston and others. However, note that pumps with oscillating motion, such as piston type, tend to pulse and require the addition of pulse dampeners downstream of the pumps to even out the flow to the microchannel emulsifier. In this case, progressive cavity pumps were used for both the oil and aqueous phases.

To begin the process, conditions were chosen to ensure the production of a stable emulsion. From this point, process parameters, such as flow rates, temperatures and internal geometry, were adjusted to vary product characteristics. Specifically, the flow rate of the continuous phase was varied to change the dispersed phase droplet size in the resulting emulsion. Each run was conducted for approximately 15 min and the droplet sizes and distributions were measured shortly after processing in a particle size analyzer.

Adding particulates: Solid particles are commonly added to emulsified products to modify and enhance texture, scent, color and performance. In relation, one common concern for using a microchannel emulsifier is the potential for these solids to plug the device. While legitimate, this concern primarily can be overcome with configuration flexibility.

The decision as to where to add the particulates should be based on the function of the solid ingredient, the size of the particles, and the internal geometry of the microchannel emulsifier. Within the microchannel process, particulates can be added into the continuous phase, dispersed phase or after mixing in the product. If the particulate does not play a role in forming the emulsion, it is best and safest to add it after the emulsion is formed to avoid any potential processing problems, such as clogged pores in the dispersion plate or blockages in microchannels. On the other hand, if the particle must be added into one of the phases, it is recommended to do so by considering the dimension of the microchannels and pore size of the dispersion plate using a one-tenth rule of thumb, where the maximum dimension of the particle should be no more than one-tenth that of the passage. Larger particles may clog pores or microchannels causing increased pressure drop and eventually product quality problems. Note that microchannel emulsification devices can be modified with varying channel depths and dispersion plate pore sizes to accommodate larger particles.

High viscosity fluids: Another challenge when employing microchannel processing involves the use of high viscosity fluids. Many emulsified products are made with oil phases that are solid or very thick at room temperature, and these can be difficult to manage for pump-driven processes such as microchannel emulsification. The most common strategy for overcoming high viscosity is heating fluids prior to pumping and mixing. Heat management is a strong point for microchannel technology systems. Fluid flow through small channels enables precise temperature control, including gentle heating prior to mixing and rapid quenching afterward to lock in the emulsion. The shea butter hand lotion formula described previously is an example of an emulsion formed at an elevated temperature and set with a post mixing cooler.

Batch to continuous operation: Although batch processing is the most common mode of operation in the personal care industry, continuous processing is preferred in others, including chemicals, refining and food processing, because typically, it lowers the cost of production. In addition to lower cost, continuous processing permits in-line quality assurance to minimize the amount of off-specification product and the ability to better match production levels with market demand. As previously noted, transitioning from one process paradigm to another can be a challenge for operations personnel. However, the additional process flexibility offered by microchannel emulsification could make this a fruitful transition for cosmetic and personal care product producers.

As has been shown, the innovative approach enabled by microchannel technology provides formulators with benefits that stem from the ability to tailor an emulsion with easily adjusted process variables, as well as the configuration flexibility for precise addition of solids or other ingredients where they can be the most effective. This approach to producing emulsions is especially useful as the apparatus can serve multiple purposes from research and development to pilot scale to small commercial runs, all in the same setup.

In addition, the data generated is directly scalable to larger commercial equipment simply by adding modules. The end result is superior emulsions with improved performance, and the enabling of new products not possible with conventional mixing equipment. Reproduction of all or part of this article without expressed written consent is prohibited. To get a copy of this article or others from a searchable database, log on to www.CosmeticsandToiletries.com/magazine/pastissues. 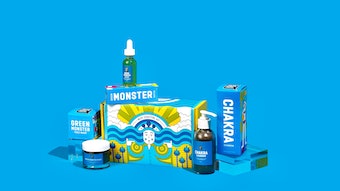 Clean Your Dirty Face has created three sets of essentials to make caring for skin easier for consumers: the Goddess Kit, the Men's Essential Kit and the Acne Essential Kit.
Aug 1st, 2022 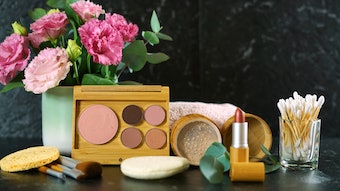 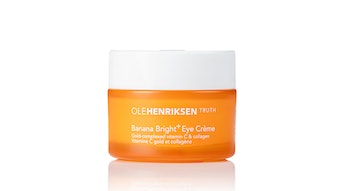