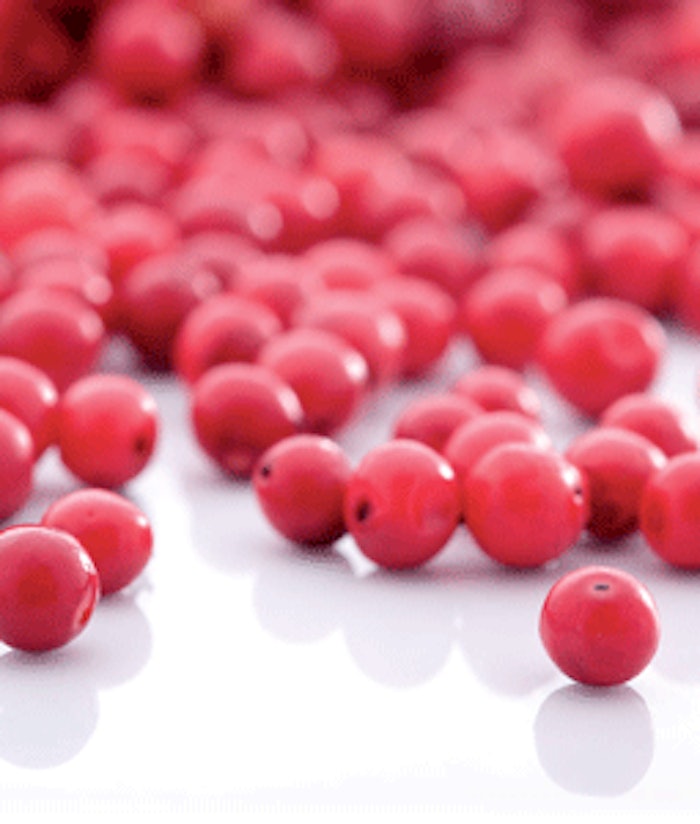 The active is a concentrated oil extracted from the seeds of Schinus terebinthifolius using the supercritical CO2 technique. S. terebinthifolius is a species of tree that grows in South America with berries known as "red pepper" or "pink peppercorn," which emit a peppery aroma.

Because the fat reserves are more accessible with the active, according to the company, lipolysis is more effective. This is the second mode of lipolytic action, which includes an increased amount of glycerol released  and an increased fatty acid quantity released.

This fat burning action reportedly is complemented by an activation of microcirculation, thus favoring the elimination of wastes. This spicy concentrated slimming oil handles adipocytes to stimulate centimetric losses on waist, hips and thighs for women and on stomach for men.

Through clinical testing, the company reported that the active led to a loss of up to 2 cm in men and women. The active is recommended at 0.1% in slimming skin care formulations.