Lessons in Peptides and Finding Balance 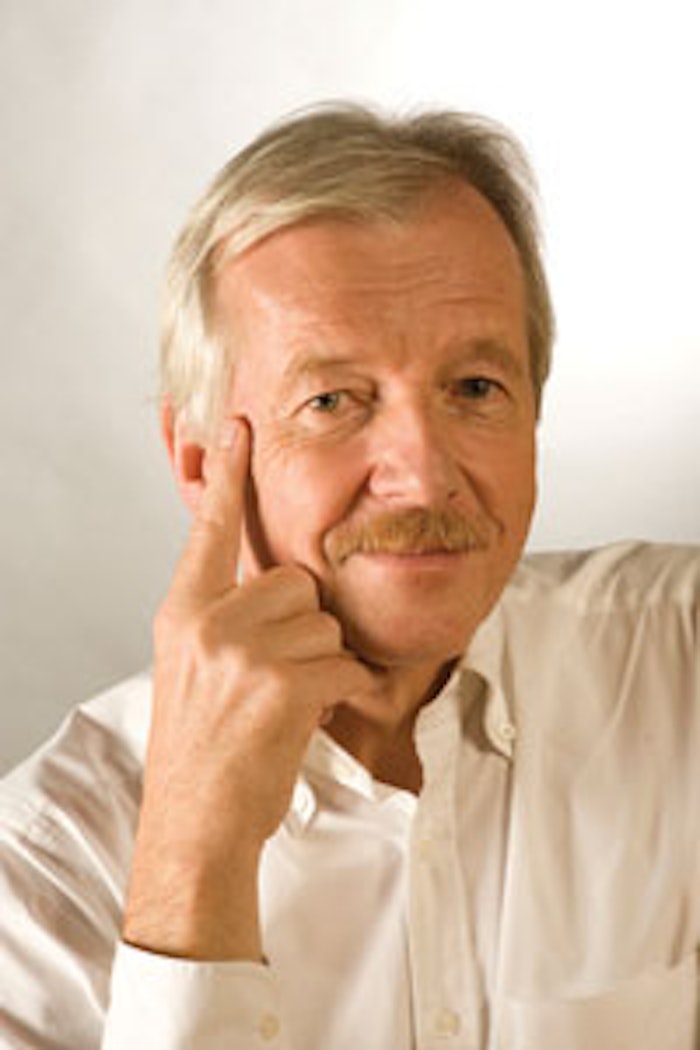 On April 16, 2013, in Paris, in-cosmetics organizers presented Karl Lintner, PhD, with the Lifetime Achievement Award; a well-deserved honor as the father of Matrixyl, who has dedicated much of his life to identifying and validating active cosmetic technologies. Although he is credited for discovering some of the first peptides in the cosmetics industry, it was his experience in fundamental research that enabled him to develop these materials.

C&T: What experience(s) led you to the personal care industry?
For 10 years, I worked at [the Nuclear Research Center] doing fundamental research on biologically active peptides, which had nothing to do with personal care. I then joined Henkel where I worked in the sanitation and hygiene department for the foods industry. [This also] had nothing to do with cosmetics; the first product I formulated was designed for the cow’s teat. We made a lotion that moisturized and protected the cow’s teat after milking. That was my first exposure to creams and emulsions. I started at Sederma in 1990 as the technical director.

At the nuclear research facility, Daniel Greff, PhD, a scientist similar to myself, had left after two years [and bought] Sederma. At the time, it was a five-man operation but he changed the whole company, making it successful with the introduction of shea butter and active ingredients. Although my initial observation of the cosmetics industry was that it wasn’t serious science, I saw that he was conducting research with claim substantiation instruments and laboratories; that cosmetic science was not an oxymoron but there was something behind these ingredients. That changed my perspective of the cosmetic industry.

C&T: What were some of the first challenges you faced in personal care?
There were lots of challenges right at the start. It was the time when Mad Cow Disease [Bovine Spongiform Encephalopathy (BSE)] was a concern and almost everyone in the industry had animal extracts; mostly cow extracts from the liver, heart and brain. All of a sudden, these products were difficult to sell, so we were challenged to come up with new products and ideas. That is when we introduced the peptides that have become so popular over the past 20 years.

C&T: Who was one of your first mentors and what did he teach you?
Daniel Greff was one of my first mentors. He had a feeling about the connection between marketing and science. Cosmetics is a marriage of technology/science and marketing/imagery, and all that goes with it.

C&T: What was one of the first important lessons you learned?
I learned the importance of customer service. The customer must be served quickly and precisely with quality products. These have to be the same quality in every batch; you can’t be sloppy. I introduced the idea of certifying the company for ISO 9000 qualification, which was just beginning at that time and not as obligatory as it is now. We needed to have not only quality control but also quality assurance. [Greff] was very keen on this.

C&T: Describe how you first began researching peptides and identified Matrixyl.
One day, the head of the chemical synthesis laboratory came to me with an article. [It described] a peptide structure that someone had tested and found to be the smallest fragment of collagen that still stimulated collagen synthesis in human lung fibroblasts. [This work] was done in a veteran hospital in Tennessee for wound healing research. He wondered if we could do anything with it, and although it was [tested] on the lungs, I thought maybe.

We synthesized and tested it [Matrixyl] in vitro with interesting but not overwhelming results, but in vitro testing depends so much on the protocol. So I decided to test it first on humans and if it worked, we would do further in vitro studies to find out how. At the time, I did a six-month study to see the results after two, four and six months. This was a big risk because if it didn’t work out, we would lose a lot of money and time. We came back with overwhelming results.

C&T: Although you worked with many cosmetic technologies, are there others you wish you had worked more with?
I should have followed the naturals trend a little more. My background was in peptide research, so that is the path I followed; I am not a botanist, so plants did not really appeal to me. I may have missed the train in this field. Another field I didn’t follow closely enough is delivery systems. When I joined Sederma, liposomes had been identified by some manufacturers but there was no supplier of liposomes. Sederma had the first liposomes on the market, which I contributed to. We were the biggest liposome supplier at the time, but we did not continue to develop more delivery technologies such as encapsulation, microparticles, nanoparticles, microsponges, etc., whereas other companies did and made good money from it.

C&T: What do you see on the horizon of personal care?
Plant cell technology will be something in the future, but it is still in its infancy with few suppliers having such products. I use the term plant cell and not stem cell because I think this term has been abused a little. It is becoming more difficult to source interesting plants in interesting areas without getting accused of bio-piracy, disturbing biodiversity and not complying with fair trade. With plant cell technology, plant cells are put in the fermenter and the conditions under which they grow are controlled. Biodiversity is not disturbed and you can direct the natural synthesis of your target molecule.

The conjunction of non-invasive devices with cosmetic topical treatment is also interesting. The number of devices, i.e., microneedle rollers, light emitting diodes, etc., is increasing, and it is a possibility that these will take off. It depends on how these are sold and if consumers accept them. Asking a woman to add another step to her routine and buy a device is a lot, so the effects must be rapidly visible.

Cosmetotextiles is another interesting topic. A few suppliers sell ingredients and capsules to the textile industry that are incorporated into garments for moisturization, UV protection and anti-perspiration. It is a possibility that these will take off some day, but consumers have to see the benefits.

C&T: What advice would you give to future cosmetic scientists?
I would tell them to have fun but be skeptical and a bit cynical; to believe in what they do, but not take themselves too seriously. Science alone will not do the job. Cosmetics is about bringing pleasure to the consumer. The consumer does not relate much to the science because they do not often have the education for it, but they do relate to the texture and the fragrance. I used to read ladies’ magazines every month—not for the quizzes and horoscopes, but to see the advertisements and what the press said about products. You have to see what the consumer really wants, and this well-being part is important.

Find the right balance between the science/technology and the hedonistic/pleasure part of the industry. This is not easy in the beginning if you come from a scientific background. Think of the pleasure of the end user. People do not need cosmetics; they buy cosmetics because they make them feel good.

Karl Lintner, PhD, holds a bachelor’s degree in chemical engineering and a doctorate in biochemistry from Vienna University. After 10 years at the Nuclear Research Center, he joined Henkel’s sanitation department laboratory. Lintner then joined Sederma in 1990, where he spent 20 years as technical director and later became managing director (CEO) before founding his cosmetic consultancy, KAL’IDÉES S.A.S.

Lintner was recently appointed associate professor at the University of Versailles to teach cosmetic chemistry. He has a number of patents and has published articles and book chapters on cosmetic ingredients. He is an active member of the SCC and SFC; is editor-in-chief of the International Journal of Cosmetic Science; was the recipient of the Maison G. de Navarre Medal in 2012; and won the In-Cosmetics Lifetime Achievement Award in 2013.