A Diester to Protect Hair from Color Fade and Sun Damage

Like skin, hair is susceptible to damage from exposure to the sun. This damage affects its aesthetics and mechanical and physical properties, resulting in dull, flat hair. Research indicates that both UVA and UVB radiation are responsible for this damage. Hoting,1 for example, studied hair tresses dyed red by exposing them to UVA and UVB radiation, finding that the tresses underwent more fading after UVA irradiation.

Artificial hair color based on pyrazole intermediates also has shown significant fading after shampoo washing and UV exposure.2 Hoting thus concluded that exposure to UVA radiation resulted in a significant and perceivable change in the dyed red hair color. According to his research, the red pigment introduced into the hair fiber by the dyeing process acts as a photoreceptor, absorbing photons and photochemically degrading after UVA and visible light irradiation. 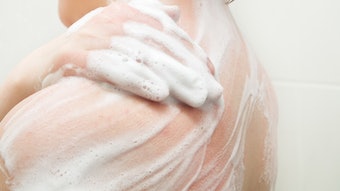