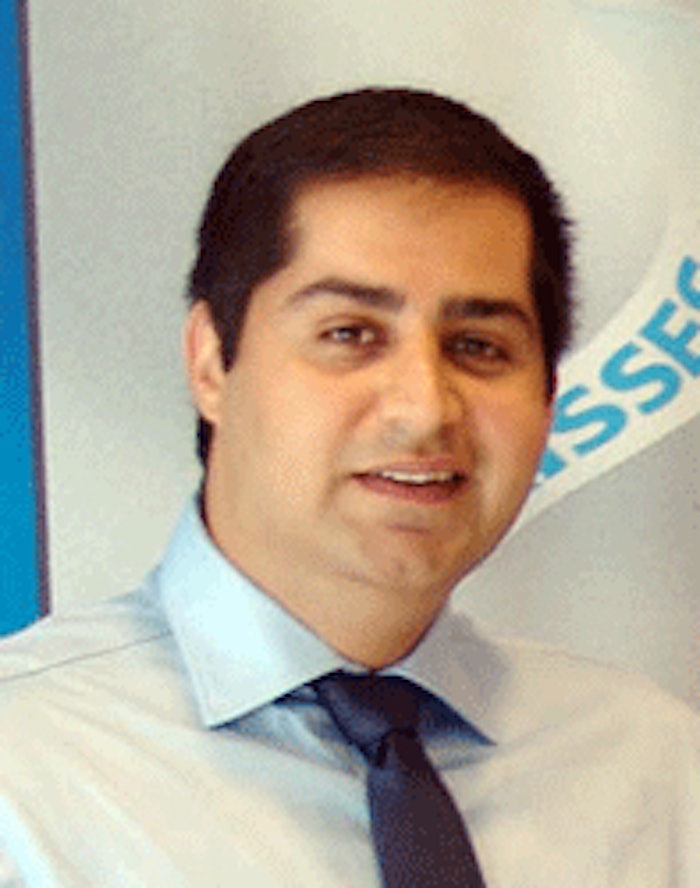 In the past few decades, oral care has seen innovations in flavor delivery, teeth-whitening and sensitivity treatments. However, the market offers only one raw material proven to protect teeth against decay—fluoride. According to the American Dental Association (ADA), fluoride incorporated into toothpaste strengthens tooth enamel and remineralizes tooth decay. In fact, all toothpastes approved by the ADA contain fluoride.1

While it may help to protect teeth from decay, fluoride at high levels also has been reported to irritate the gastrointestinal tract2 and some manufacturers have formulated products without it. However, toothpastes without fluoride are not providing any real benefit beyond cleansing, says Arman Sadeghpour, PhD, who, by chance, stumbled across another raw material that exhibits better anti-cavity efficacy than fluoride without adverse health effects.

After a chain of events initiated by Hurricane Katrina prompted him to reconnect with his high school mentor, Tetsuo Nakamoto, DDS, PhD, Sadeghpour shifted his doctoral thesis to continue Nakamoto’s research on methylated xanthines. Nakamoto had found that while caffeine adversely affects teeth, its fellow methylated xanthine, theobromine, strengthened tooth enamel. Sadeghpour therefore wanted to expand Nakamoto’s in vivo studies of the effects of theobromine on animal teeth to human teeth, and to compare its anti-cavity efficacy with fluoride.

Sadeghpour measured the micro-hardness of human teeth enamel treated either with artificial saliva or artificial saliva with theobromine and found that theobromine stimulated the growth of new enamel. “The mineral that makes up teeth, hydroxylapatite, under normal conditions is 0.5 μ. Theobromine allows for calcium and phosphorus from saliva to come together in a larger unit crystal that is four times the size of hydroxylapatite, or 2 μ,” explained Sadeghpour.

The researchers thus sought to patent the oral use of theobromine, which involved finding a source and developing the raw material. “Theobromine itself is an organic molecule that can be extracted from materials like cacao, which is difficult because cacao has other impurities such as caffeine that have to removed,” noted Sadeghpour. The team optimized a pharmaceutical- and food-grade theobromine with other proprietary materials found to remineralize teeth and formed Rennou, its patented anti-cavity active.

In collaboration with Clifton Carey of the ADA, Sadeghpour and Carey found that theobromine protected teeth from decay better than fluoride. “The amount of theobromine in a one ounce dark chocolate bar has a better effect on tooth hardness than a 1.1% prescription sodium fluoride treatment,” said Sadeghpour. Carey showed that at a concentration 142 times less than that of fluoride, the theobromine active had twice the protective effect on teeth.

While fluoride is an effective enamel strengthener, it can have some adverse effects—dental fluorosis, or tooth discoloration, for one. According to Sadeghpour, the federal government issued a mandate to reduce the amount of fluoride in drinking water by 30% due to reports of overexposure in children. Also, as previously mentioned, since high doses can irritate the gastrointestinal tract, some refuse fluoride treatments at the dentist’s office. Conversely, theobromine was found to be readily absorbed by the gut, metabolized and cleared cleanly by humans. “Dentists are excited to have an alternative to fluoride” said Sadeghpour.

Two toothpastes are offered by the company that contain the patented theobromine active as well as traditional hydrated silica, glycerin and xylitol. “Xylitol is a sweetener that has garnered a lot of attention in oral care because it selects the good bacteria in the mouth. The bad bacteria can’t metabolize that sugar,” explained Sadeghpour. Also included are sodium bicarbonate, known to neutralize bacterial acids in the mouth, and titanium dioxide as a whitening agent and slight abrasive to help clean the surface of the tooth. “The titanium dioxide removes the bacteria and proteins that stick to the tooth and prepares the tooth for [the active] to work more effectively,” noted Sadeghpour. The two formulations are the same, save for the higher dose of active in one, which addresses compromised or weak enamel and extreme tooth sensitivity.

The company also plans to create formulations for children. “This technology is appealing to parents, who no longer have to make sure their children are spitting out the toothpaste,” said Sadeghpour. He also noted that consumers have requested chocolate-flavored toothpaste for children, based on theobromine’s presence in cacao. A mouthwash is also planned, and while the formulations will change, the main difference will be the strength of the active.

Sadeghpour maintains that theobromine offers consumers a safe, effective alternative to fluoride. He concluded, “If there is better way to do something that is nontoxic and more effective, why wouldn’t you choose that alternative.”