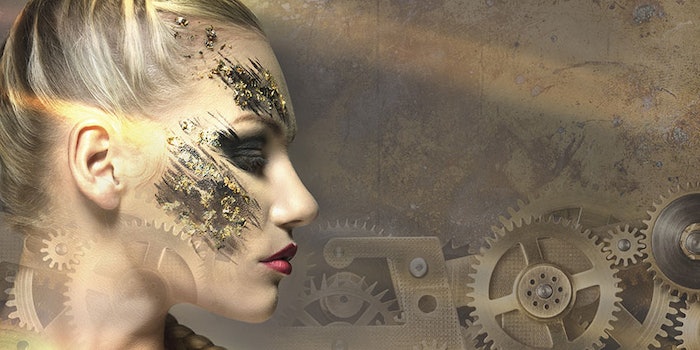 Continued from Part I

Anthocyanins can be accumulated in different plant tissues when plants are subjected to biotic or abiotic stress, and several elicitors such as jasmonate.19,  20 Anthocyanins are synthesized via the general flavonoid pathway in plants, whereby three molecules of malonyl-CoA and one molecule of 4-coumaroyl-CoA derived from the general phenylpropanoid pathway are condensed to form naringenin chalcone by chalcone synthase (CHS), which then undergoes isomerization, hydroxylation and oxidation to form anthocyanidins (see Figure 1). Anthocyanidins are then glycosylated at C3 or other positions by flavonoid glucosyltransferases (FGTs) with the incorporation of glucose or other sugar units such as rhamnose, galactose, xylose, etc., giving rise to anthocyanins. Beyond glycosylation, other modifications, such as acylation and methylation of the hydroxyl groups have also been reported.21

As noted, the prevailing way to industrially produce anthocyanin is by extraction from plants, which is typically performed using solvents; most commonly ethanol, due to its environmentally friendly nature, safety profile and minimal interference with anthocyanin recovery.22 Other extraction methods such as pressurized liquid extraction and novel extraction tools/agents, e.g., ultrasound, subcritical water and polymeric absorber resins, also have been reported as effective for obtaining anthocyanins from crops and fruits.23-26

Plant suspension cell culture is another possible way to produce anthocyanins, which introduces the bioreactor concept to cultivate plant cells for anthocyanin production. This allows for tight control over the fermentation process and involves the development of suitable cell lines, optimization of operating conditions, and scale-up of fermentation.27, 28

For some time, plants such as grapes, Cleome rose, sweet potatoes, aspen, wild carrots, etc., have been used to develop anthocyanin-producing cell lines.29, 30 Currently, however, no systems that are commercially feasible are apparently available. This is due to the instability of cell lines, causing anthocyanin production to decrease drastically over time and other problems such as high production cost, low consumer acceptance and strict biosafety regulations on plant suspension cell cultures.31-33 Future efforts on the development of robust cell lines and efficient fermentation processes, in terms of light irradiation, temperature and medium composition, will drive the application of suspension cell culture in the production of anthocyanins or related products.

As the most commonly used workhorse in metabolic engineering, E. coli has been engineered for the production of anthocyanins as well as other flavonoid molecules (see Figure 2).21, 34-36 As early as 2005, the genes of F3H and ANS from Malus domestica; DFR from Anthurium andraeanum; and flavonoid 3-glucosyltransferase (F3GT) from Petunia hybrida were successfully expressed in E. coli, producing 6.0 μg/L of cyanidin 3-O-glucoside and 5.6 μg/L of pelargonidin 3-O-glucoside when fed with naringenin and eriodictyol as precursors.37 The subsequent optimization of enzyme sources and UDP-glucose pool, regulation of precursor uptake and optimization of the production process greatly increased final product titers.38-40

For metabolic engineering, E. coli has been the most commonly used workhorse to produce anthocyanins and flavonoids.

The highest production of cyanidin 3-O-glucoside and pelargonidin 3-O-glucoside achieved was 350 mg/L and 113 mg/L, based on catechin and afzelechin as the respective precursors. To date, the reported microbial hosts of anthocyanin biosynthesis are still limited to E. coli, although the heterologous production of other flavonoids has been extended to S. cerevisiae, Streptomyces venezuelae,21, 37 and Corynebacterium glutamicum.41-43 It remains to be seen if other microorganisms are better host strains in terms of anthocyanin production.

In the next sections, common strategies used for the development of anthocyanin-producing E. coli strains, as well as strategies for optimizing the fermentation process, are described.

The microbial production of anthocyanins involves the co-expression of enzymes from plants in the anthocyanin biosynthesis pathway, which is challenging; typically, plant-derived genes must be engineered prior to their functional expression. For example, to achieve the functional expression of a plant P450 F3'5'H from Catharanthus roseus in the biosynthesis of the flavonoid quercetin, a new F3'5'H was fused to a shortened P450-reductase from C. roseus to form a chimeric protein. To engineer F3'5'H, the first four amino acids at N-terminus were removed and the sixth amino acid was changed to alanine from leucine, followed by the replacement of the fifth codon with ATG as the new start codon.44

Translational fusion of multiple enzymes in successive steps is also a popular strategy for improving anthocyanin production. Such fusions can increase the local concentrations of substrates for each enzyme in enzyme complex while minimizing the degradation of unstable intermediates, achieving a high overall metabolic flux and titer.45 For example, the translational fusion of F3GT from Arabidopsis to the N-terminus of ANS from P. hybrida was shown to produce 16.9% more cyanidin 3-O-glucoside than the tandem expression of ANS and F3GT.38

Beyond the aforementioned enzyme engineering, selection of natural enzymes from diverse species is another approach to improve anthocyanin production.46 The orthologous enzymes usually exhibit diverse kinetic and thermodynamic properties, resulting in different metabolic behaviors and varied levels of production. For example, in one study, ANS from P. hybrida produced 0.47- to 4.9-fold more cyanidin 3-O-glucoside than from Antirrhinum majus, Gerbera hybrid and M. domestica in E. coli.36 In another study, different combinations of three 4-coumaroyl CoA ligases, two chalcone synthases and two chalcone isomerases led to a diverse landscape of naringenin production and a threefold increase of naringenin production in E. coli.47

Besides pathway enzymes, the biosynthesis of anthocyanins relies on cofactors. For example, the enzyme ANS uses ferrous ions and sodium ascorbate as cofactors, and 2-oxoglutarate as a cosubstrate to carry out the two-electron oxidation of its substrates.38, 48 The glycosylation of cyanidin at the C3 position requires an equimolar amount of UDP-glucose and feeding trials have demonstrated the UDP-glucose supply is a limiting factor in anthocyanin production.38

However, in an E. coli strain that produced cyanidin 3-O-glucoside, its production could be increased 20-fold through the regulation of the UDP-glucose pool. Here, genes responsible for the biosynthesis of 3-O-glucoside from orotic acid, pyrE, pyrR, cmk, ndk, pgm and galU, were overexpressed while blocking the competitive UDP-glucose consumption pathways.38, 39

Also, S-adenosyl-L-methionine (SAM) provides methyl groups in the production of methylated anthocyanins. Its supply can be boosted by supplementing methionine and/or up-regulating genes associated with SAM biosynthesis. However, the accumulation of SAM is inhibited owing to feedback repression by the methionine biosynthesis regulator MetJ in response to the intracellular concentration of SAM.49 As another example, to increase the supply of SAM for the production of peonidin 3-O-glucoside—a purple-colored methylated anthocyanin—CRISPRi-mediated silencing of MetJ was employed in E. coli. Results showed a twofold increase in the production titer.50

Natural product biosynthesis can result in the production of molecules that are toxic to cells, limiting their production in high yields. Therefore, a feasible solution is to continuously pump out the toxic products to extracellular media during the biosynthesis process.

For example, in an E. coli strain that converted catechin to cyanidin 3-O-glucoside, the overexpression of the product-associated efflux pump YadH increased the titer by 15%, and the deletion of another efflux pump TolC, which most likely expelled catechin inside cells, resulted in a 55% higher production. Further, the combined modification resulted in a 63% increase in cyanidin 3-O-glucoside production.40

The instability of anthocyanins at a neutral pH is a major issue in their production by E. coli. Unlike plants, which can stabilize the synthesized anthocyanins by storing them in vacuoles, E. coli does not have this protection mechanism.51, 52 Instead, the produced anthocyanins are inclined to degrade, given that the intracellular and extracellular pH is around 7 under normal growth conditions.

To address this problem, a two-step biocatalysis strategy was developed, in which cells are first cultured in a medium at pH 7 to support cell growth and enzyme expression, and then are transferred to fresh medium at pH 5.0 to initiate anthocyanin production and accumulation in the second step.38 Protective agents such as glutamate can be added to minimize acid-induced cell lysis. Using this approach, the production of cyanidin 3-O-glucoside was increased by ~15-fold from the traditional single-step production.38

While challenges remain, microbial-produced anthocyanins are expected to be applied to commercial cosmetics in the near future.

Besides pH, induction points in time and temperature have remarkable effects on recombinant anthocyanin production.40, 47 Induction time-points are correlated with the growth state and conditions of producing cells, which can cause differential enzyme expressions and significantly different production efficiencies. Likewise, temperature generally imposes a direct impact on cell viability and protein expression or folding, and hence influences anthocyanin bioconversion indirectly.

Low-cost production is key to the commercialization of recombinant anthocyanins. To this end, increasing the conversion yield of precursor molecules such as catechin to C3G is one focus, whereas achieving efficient C3G production directly from cheaper precursors, such as glycerol and glucose, is another focus.

As such, a polyculture strategy was recently proposed53 that allows the metabolic burden to be divided into individual host strains to optimize each strain for the efficient conversion of a precursor molecule to an anthocyanin intermediate—and finally, to the end product of interest.54, 55

The preference for natural compounds such as anthocyanins with potential skin-protection benefits has inspired their application as cosmetic ingredients. The microbial production of anthocyanins has attracted considerable attention due to distinct advantages over traditional production methods. The present review summarizes successful strategies to improve the production of anthocyanins in E. coli; including engineering pathway enzymes, improving the availability of cofactors, engineering anthocyanin efflux pumps and optimizing the fermentation process.

Several challenges remain to be addressed prior to the commercialization of anthocyanin-producing bacteria; such as the poor expression of anthocyanin biosynthetic genes, an imbalance of genes in the pathway, the delivery and stabilization of final products, and safety assessments for the potency of microbial anthocyanins. However, with solutions to these issues, it can be expected that microbial anthocyanins will be applied in commercial cosmetics in the near future.