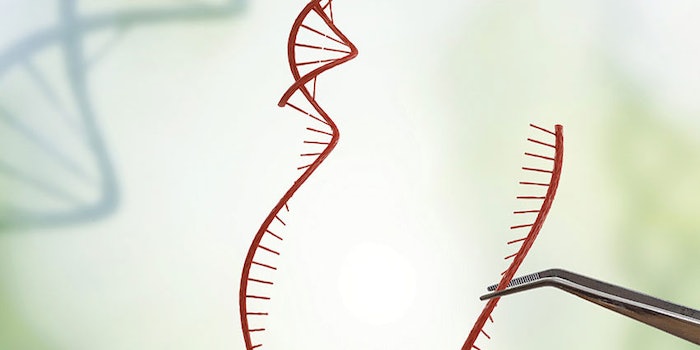 Stanley Qi, Ph.D., of Stanford, is a trailblazer on the use of CRISPR gene editing technology. He will present the Frontiers of Science Award lecture, sponsored by Cosmetics & Toiletries, at the December 2017 SCC Annual Meeting. In this excerpt, adapted from our podcast, he explains what the technology is and its potential to benefit cosmetics.

Cosmetics & Toiletries: What is CRISPR?

Qi: CRISPR is a genetic immune system that is used naturally by bacteria and our TIA cells to help eliminate bacteriophages and other exogenous molecules that can infect them. CRISPR uses proteins to code CRISPR-associated (CAS) proteins and a set of CRISPR array genes to confer very specific target cleaving and clearance.

The amazing part behind CRISPR is it is an array-guided targeting system, so there are many types of CRISPR being discovered. One type, called type 2, is quite simple. It uses just a single type of protein, called CAS9, for array-guided DNA targeting. This kind of CRISPR system has become broadly used for technologies for gene editing and genome engineering due to its simplicity and efficiency.

CRISPR, in my mind, is like a molecular GPS. Everyone uses GPS to guide their traffic, so CRISPR is a set of GPS molecules that can precisely find the target. People just need to type in some short array sequence, essentially an address, to find the target. Upon binding to the target, a pair of molecular scissors cuts the DNA and performs a repair to modify the DNA sequence. It’s like a GPS plus scissors.

C&T: How could it benefit cosmetics?

Qi: I think there are two near-future possibilities. One is the use of CRISPR as a basic research tool, to understand and identify the fundamental genes and pathways important to, for example, rejuvenating skin cells, reversing signs of aging and healing wounds. The second is to use CRISPR to direct molecules that can treat cells by switching genes on or off through the epigenome. It’s likely that CRISPR could eventually equal cosmetic care products to fix skin problems.