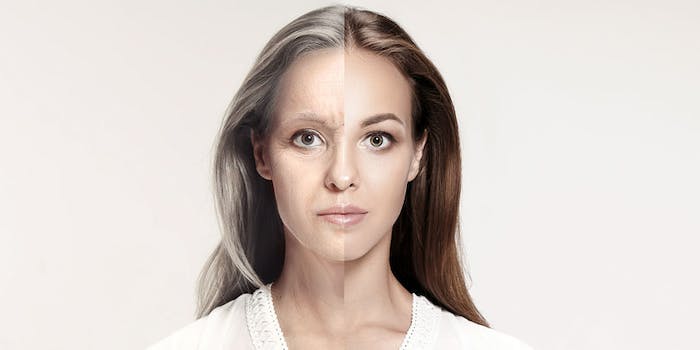 Kao has assessed variations in individual skin aging by estimating “biological age,” which was based on skin surface lipids-RNA.
Photo 123471966 © Volodymyr Melnyk | Dreamstime.com

Kao Corp.’s biological science research laboratory has found that the degree of skin aging, which varies among individuals, can be measured and expressed as the ‘biological age’ of skin.

This was accomplished by utilizing expression information of ribonucleic acid (RNA) in skin surface lipids (SSL-RNA), which changes with aging, in combination with machine learning.

'The predicted ages suggested biological age and reflected the degree of variation in aging among individuals.'

Based on these results, Kao attempted to use SSL-RNA to estimate the degree of aging in the human body. To achieve this, Kao constructed and evaluated a machine learning model that predicts age based on the expression levels of the previously mentioned 368 RNAs using the same study subjects.

This evaluation showed a high correlation between the predicted and actual chronological ages. However, even among the same age group, some subjects showed higher or lower predicted age than others. Therefore, the predicted ages suggested biological age and reflected the degree of variation in aging among individuals.

Kao will further accumulate SSL-RNA data to improve the performance of biological age estimation to apply it to understand the variations in individual aging and to develop optimal approaches to body and skin care.