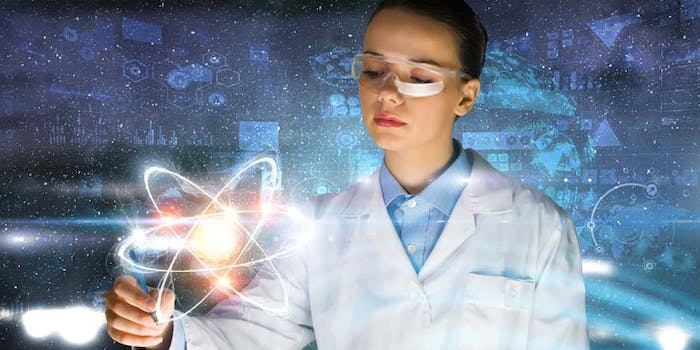 Until recently, molecular movements in gases and solids could be visualized by high-speed electron cameras by scattering a beam of electrons off a sample. Researchers have now adapted this technique, ultrafast electron diffraction, to molecules in liquid samples.

As reported by the Department of Energy’s SLAC National Accelerator Laboratory, Stanford University and the University of Nebraska-Lincoln (UNL), the method creates 100-nm thick liquid jets, approx. 1,000 times thinner than the width of human hair, which enables researchers to capture clear diffraction patterns from electrons. This method could potentially  be used to explore light-driven processes such as vision, catalysis, photosynthesis and DNA damage caused by UV rays. The results of the study were published in Structural Dynamics in March 2020.

According to SLAC, the fact that most important biological and chemical processes, especially the conversion of light into energy, happen in a solution is what makes this technique paramount to research. The miniscule wavelengths of these high-energy electrons can capture high-resolution snapshots, offering insight into processes such as proton transfer and hydrogen bond breaking that are difficult to study with other methods.

“This research is a huge breakthrough in the field of ultrafast electron diffraction,” said Xijie Wang, director of SLAC's ultrafast electron camera, the MeV-UED instrument, who co-authored the paper. “Being able to study biological and chemical systems in their natural environment is a valuable tool that opens up a new window for the future.”

This paper will reportedly set the stage for upcoming research that investigates questions such as what happens when hydrogen bonds break or when molecules absorb UV radiation. As a next step, SLAC researchers are upgrading the MeV-UED facility and developing a new generation of direct electron detectors to greatly expand and refine the scientific reach of this technique.

“We’d like this to be another tool in the toolbox of researchers trying to learn about liquids and light-driven reactions,” says Pedro Nunes, a postdoctoral researcher at UNL who led the research.