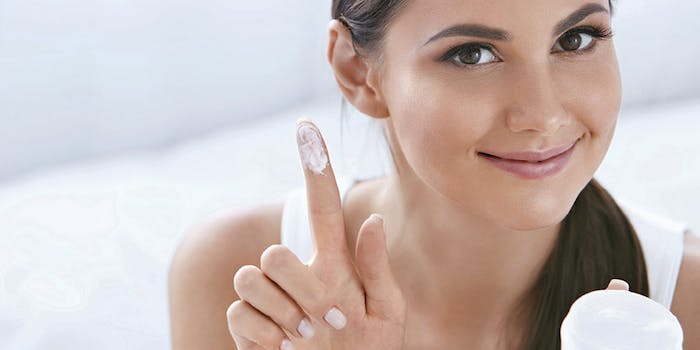 *Modified with permission from Archives of Dermatological Research, Springer

Editor’s note: This column is the first in a series on the relationship between substantivity and skin care products. This first part provides background on the role of substantivity and its safety considerations. Future installments will discuss its use in personal care.

Skin care and cosmetic formulators intuitively have a sense as to when a given product benefits from remaining on the skin, lips, nails and hair for prolonged periods. This series encapsules our knowledge on this aspect of formulation—substantivity.

A primary function of the skin barrier is attributed to the stratum corneum (SC), which protects us from mechanical insults, UV light, pathogenic microorganisms, chemical compounds and other percutaneous penetrants. While an effective barrier against percutaneous absorption of chemicals, the SC is also a major route by which chemicals may enter the body. Once absorbed into skin, penetrants may cause local reactions or enter the circulation to produce systemic therapeutic or toxic effects.

Ngo, expanding on Wester, delineated 15 factors that influence the ability of chemicals to penetrate the skin, although there are presumably more, demonstrating the complexities of this process.1, 2 Drug-related factors include: vehicle, molecular weight, lipid and water solubility, and other chemicals that may serve as penetration enhancers. Exposure-related factors include: dose, formulation, duration, frequency, use of protective equipment and climate (heat and humidity). Finally, skin-related factors include: blood flow, pH, skin thickness, hair and pore density, and content and structure of proteins and lipids.

Substantivity, a term adapted from the textile dye industry, is yet another factor; it allows penetrants to remain in the skin for many days. Although binding to viable epidermis and dermis has been noted, substantivity describes chemical adherence mainly to the stratum corneum.3 This SC adsorption allows for chemicals to enact their effects while overcoming abundant sweating, water immersion and abrasive rubbing. Therefore, substantivity is an especially important factor in the development of various drugs that target the SC.

Since many skin pathologies involve the stratum corneum (e.g., fungal infections, acne vulgaris, rosacea, atopic dermatitis and irritant dermatitis) and require the multiple dosing of topicals, understanding substantivity mechanisms may provide insight for topical dosing strategies, as well as longer-acting topical medications—possibly even a single dose of treatment agents that previously required multiple doses. Substantivity is also of importance in the development of other consumer products that necessitate adherence to skin, including sunscreens and insect repellents.

However, excessive substantivity may play a role in the adverse effects mentioned previously (irritation, allergic reactions and systemic toxicity), since substantive materials allow for the accumulation of harmful penetrants. Continued research in this area may offer insight into dermatotoxicology and dermatopharmacology; studies related to hexachlorophene provide insight.

In the 1960s and early 1970s, hexachlorophene was estimated to be in thousands of American skin care and cosmetics. This section explains its rise and fall, as well as lessons learned from this human calamity.

Substantivity is important in the development of consumer products that necessitate adherence to skin, including sunscreens and insect repellents.

Gluck and Wood argued that the efficacy of hexachlorophene depended on continued contact with susceptible pathogenic microorganisms.8 Frequent application allowed for the substantive chemical to accumulate in adequate amounts on skin, thereby achieving adequate antibacterial activity. Studies on the efficacy of surgical hand-scrubbing supported this argument, as multiple washes with hexachlorophene proved far more effective in ridding skin of bacteria compared with a single wash.9 Furthermore, studies utilizing radioactive hexachlorophene showed just how substantive the compound was—a plateau in accumulation in skin was achieved within three or four washes.10

By the early 1970s, hexachlorophene had been used extensively for more than 20 years, and reviews of its toxicity began to surface.11, 12 The first report of hexachlorophene toxicity was in 1959 by Herter, who reported excoriations and convulsions in a newborn infant after four days of repeated application of 3% hexachlorophene lotion without subsequent rinsing.13

According to Carroll et al., hexachlorophene is absorbed through intact and damaged skin. Burns increased hexachlorophene absorption by a factor of 2.5 in rats.17 It is now widely accepted that most methods of damage (mechanical, chemical, biocidal and clinical disease) result in some enhancement of absorption.18, 19 However, in the study of Carroll and associates, absorption returned to baseline after 24 hr, suggesting excessive skin exposure and substantive properties, rather than altered permeability, were likely the principle players in toxicity.

Excessive substantivity may play a role in adverse effects, since substantive materials allow for the accumulation of harmful penetrants.

Manowitz and Johnston also illustrated the substantive properties of hexachlorophene.20 They noted that hexachlorophene was found on skin after soaking in a bath containing low concentrations of the chemical, and although a shower rinsed off a great amount of hexachlorophene, a residue remained post-cleaning with alcohol after the shower.

The most dramatic occurrence of hexachlorophene toxicity was in 1972 in France, where 18 children were accidentally exposed to 6% hexachlorophene in talc powder.21 The children (13 boys and 5 girls), between 3 months and 3 years of age, presented with neurological features including altered consciousness, encephalopathy, tremors, ocular jerks, mydriasis and sixth-nerve palsy. Twelve were under one year of age. Four patients died; eight developed spinal cord damage; and two became paraplegic.

After such a devastating event, and with substantial research of hexachlorophene toxicity with animal studies, the U.S. Food and Drug Administration banned all nonprescription uses of the chemical in 1972, only allowing for use as a surgical scrub for health care workers and low concentrations as a preservative. Hexachlorophene was also largely removed from the U.S. cosmetics market while other countries followed suit. This calamity brought the percutaneous penetration of skin care and cosmetic products to the forefront. 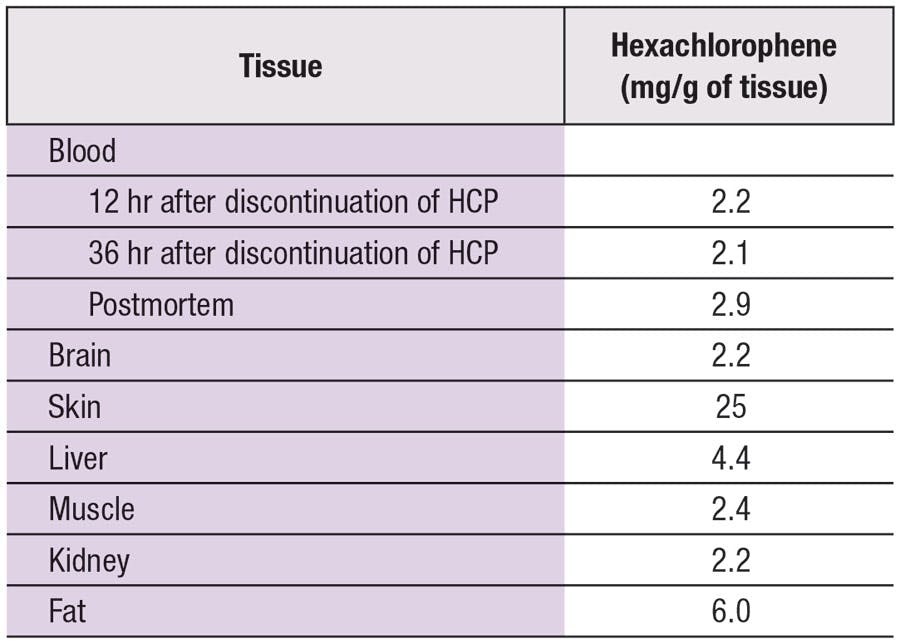 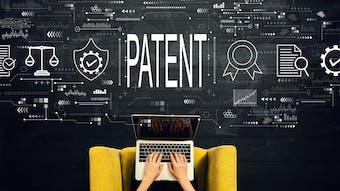 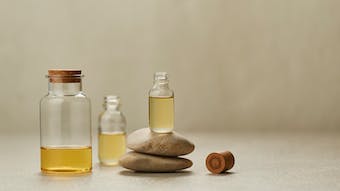 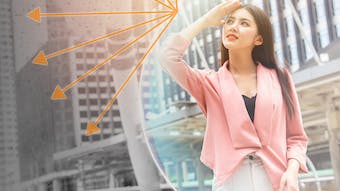