Comparatively Speaking: Pathways to Rancidity (and How to Avoid Them) 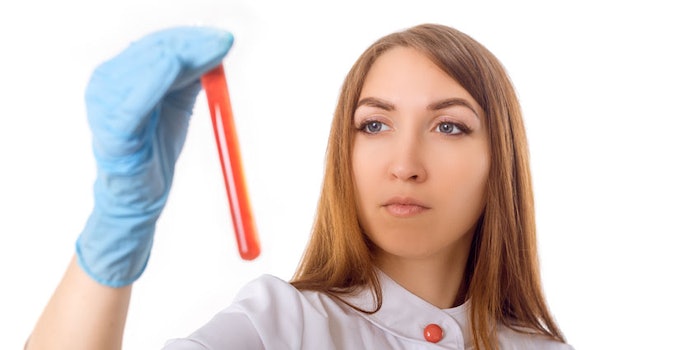 Rancidity is the complete or incomplete oxidation or hydrolysis of fats and oils when exposed to air, light and/or moisture, or caused by bacterial action. The result is generally an unpleasant taste and odor.1 Specifically, it is the hydrolysis or autoxidation of triglycerides into short-chain aldehydes and ketones, which are objectionable in taste and odor.2 When these processes occur in food, undesirable odors and flavors can result.

More broadly, rancidification is a type of oxidative degradation that occurs more commonly in oils, including hydrocarbons and other organics.3 With the use of natural triglycerides, esters and other types of oils growing in the personal care market, as part of the trend for natural raw materials, the ability to predict stability of oil phases is more and more important.

The three main pathways by which rancidity occurs are described next, in addition to ways to minimize each. Further, a case studied is provided.

Hydrolytic rancidity refers to the odor that develops when triglycerides are hydrolyzed and free fatty acids are released. This reaction of lipid with water may require a catalyst, leading to the formation of free fatty acids and glycerol. In particular, short-chain fatty acids, such as butyric acid, are malodorous.4 Controlling the pH of oil-containing emulsions, however, will have a dramatic effect on this type of degradation. Notably, esters hydrolyze at both high and low pH levels.

Oxidative rancidity is associated with product degradation caused by oxygen in the air. The double bonds of an unsaturated fatty acid can be cleaved by free-radical reactions involving molecular oxygen. This reaction causes the release of malodorous and highly volatile aldehydes and ketones. The oxidative pathway follows free-radical reactions and primarily occurs with unsaturated fats. To minimize this pathway, it is crucial to choose the right free radical inhibitor or antioxidant.

Microbial rancidity refers to the process through which microorganisms including bacteria or molds use enzymes such as lipases to break down fat.5 Microbial-based rancidity is one of the most common product problems and can cause product recalls. Control over this pathway is achieved by proper preservative selection.

The color and odor instability of certain triglycerides and oils occurs more easily than one might expect, which can cause problems with product quality. Table 1 shows select natural oils for which color and odor evaluations were performed. Several of the oils were significantly lighter in color than the deeper yellow oils typically used; these included peanut, safflower and crambe.

Testing: The colors and odors were evaluated and visually ranked for 50-g samples of each oil at time 0 hr and 4 hr; 70°C and 4 hr were chosen as common conditions encountered during the processing of oils into cosmetic products. The lighter oils showed significant darkening within the first 2 hr, becoming almost as yellow as the initially darker oils. Within 4 hr, differences in color were negligible.

After 4 hr, the rankings of color from lightest to darkest were: soybean, peanut, olive, corn, HEAR, crambe, sunflower and safflower. Observations from the color and odor evaluations are shown in Table 2 and Figures 1 and 2.

Oxidative stability is a measure of oil or fat resistance to oxidation. Since the process takes place through a chain reaction, the oxidation reaction has a period when it is relatively slow, before it suddenly speeds up. The time for this to happen is called the induction time, and it is repeatable under identical conditions (temperature, air flow, etc.). There are a number of ways to measure the progress of the oxidation reaction. One of the most popular is the Rancimat methoda;6 as such, the visual rankings also were compared with the results of this method. Results are shown in Table 3.

It is critical for product developers to ensure a product is stable to not only microbes, but also the other pathways to rancidity. The oxidation that could occur under the conditions to which a product could be exposed over the period of its shelf life must be evaluated.7, 8

With heightened interest in the use of natural triglycerides, intense interest remains for ensuring the rancidity stability of formulations. Fortunately, there is a measurement for stability that is both automated and accurate.9 This analysis should be run on the oil phase of the formulation, in addition to the standard stability analysis.

a Rancimat is a registered trademark of Metrohm AG.

For more information on this subject and a free book on Natural Oils, see Reference 10.