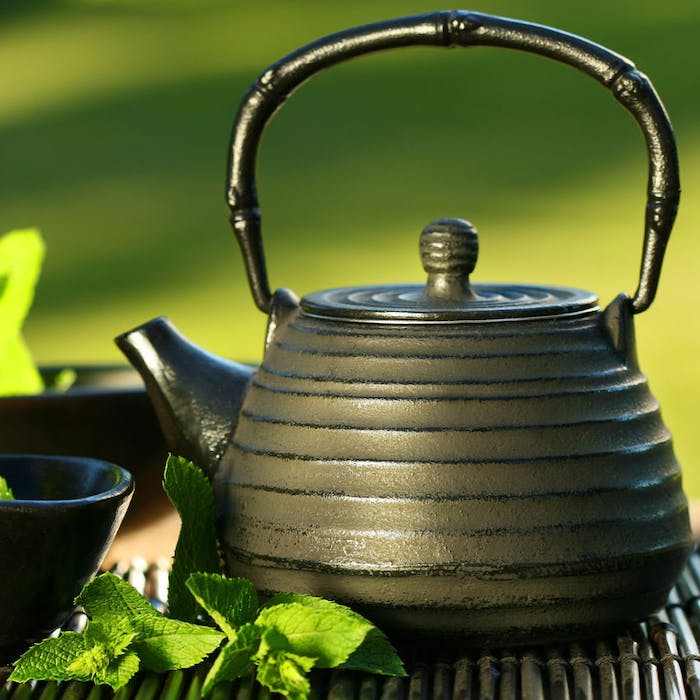 Enormous public and commercial interest exists for treatments that improve aging-related changes in facial morphology. There also are many skin care products designed to improve superficial changes in facial skin, such as fine wrinkles and pigmentation, but few products have been established to address substantial changes such as sagging.

Sagging has been shown to influence the morphology of adjacent facial areas; for example, cheek sagging is associated with the formation of nasolabial folds.1 Sagging also influences morphologies at more distant sites; e.g., sagging at the upper eyelids induces forehead wrinkling as a result of increased muscle contractions to improve vision by lifting the eyelids.2 Therefore, in the present work, sagging was considered a critical target for improving various aging-related facial morphological changes.

Since sagging is a drastic change in morphology, its formation would seem to involve changes not only in the superficial dermal layer, but also the subcutaneous structures of the face; for example, subcutaneous adipose tissue (sFAT). However, whether or not sFAT is related to sagging formation is unclear. Until recently, adipose tissue was considered inert fat storage tissue but recent studies have revealed adipocytes secrete various cytokines in a highly controlled manner. Therefore, adipose tissue is now considered an endocrine tissue.3

In relation, subcutaneous adipocytes may influence skin condition via endocrine and paracrine actions.

Based on these considerations, the author and colleagues hypothesized that subcutaneous tissues might play a critical role in sagging formation. This led to the exploration of a new anti-aging skin care strategy to ameliorate aging-related morphological changes via mechanism-based improvements in facial sagging.

Following, the author first describes work investigating the mechanisms through which sFAT influences sagging. Once the mechanisms were established, various plant extracts were screened to identify those with the potential to affect sFAT and, in turn, contribute to improvements in sagging.

The studies described here were approved by the Shiseido Research Center ethics committee, and informed consent was obtained from all subjects prior to testing. Further, specimens were prepared from skin obtained during cosmetic surgery, in accordance with the French law L.1245 CSP referring to “products and elements of the human body taken during surgical procedure and used for scientific research.”

sFAT and Sagging: Materials and Methods

Test subjects: To evaluate sagging severity and dermal elasticity in relation to sFAT abundance, the skin of 70 female Japanese volunteers, in their 30s to 50s and having various body mass index values, was assessed. Subjects washed their faces and acclimated for 30 min under standard environmental conditions before tests were performed.

Skin deformation: A skin deformation curve was obtained for each subject based on dermal elasticity parameters using a cutometera with a 2-mm probe. Briefly, skin was lifted by suction under a negative pressure of 400 mbar for a period of 2 sec, followed by a 2-sec relaxation time. The overall elasticity of the skin including creep and creep recovery was calculated as a parameter of dermal elasticity as: Ua/Uf. Here, Uf is the final distension at the end of the vacuum period, meaning the total extensiveness of the skin; and Ua is the final retraction of the skin at the end of the relaxation period, meaning the total deformation recovery.

The cheek sagging severities of all subjects in their 40s having normal amounts of sFAT (BMI < 26) versus large amounts (BMI > 35) were compared. Relationships were drawn between sagging severity, sFAT amount and dermal elasticity; correlations were analyzed using the Spearman test for 70 subjects. Severe sagging was observed in subjects having larger amounts of subcutaneous adipose tissue mass (see Figure 2a-b), which correlated in a statistically significant manner (see Figure 2c).

Since facial skin is sun-exposed, abdominal skin was used as an unexposed comparison. As noted, body mass index (BMI) was used as the indicator of sFAT mass.8 Acetone-fixed abdominal skin specimens from female volunteers, ages 40s-50s, were embedded in paraffin according to the AMeX procedure. The elastin was stained and the abundance of fibers in the dermal layer was quantified using imaging software.

The relationship between sFAT mass and elastin was analyzed by calculating Pearson’s correlation coefficient for 27 specimens. Results indicated elastic fibers in the dermal layer were fewer in subjects having large amounts of sFAT (see Figure 3a-c). Quantitative evaluations of elastic fiber abundance by imaging software confirmed that larger amounts of sFAT were associated with significantly fewer elastic fibers in the dermal layer (see Figure 3d).

Adipocyte size: To further clarify why increased sFAT correlated with decreases in dermal elastic fibers, sFAT was observed histologically. Hematoxylin staining was used to measure the adipocyte diameters in skin specimens from subjects with normal amounts (BMI < 26) and large amounts (BMI > 35) of sFAT. Results indicated that elastic fiber abundance in the dermal layer decreased with increasing adipocyte size. This relationship was analyzed by Pearson’s correlation coefficient for 27 skin specimens.

Adipocyte sizes were found to increase as sFAT mass increased (see Figure 4a-c). In addition, elastic fiber abundance in the dermal layer decreased concomitantly (see Figure 4d). Thus, the authors hypothesized that enlarged adipocytes negatively influenced dermal condition, inducing a decrease in elastic fibers. This led to the next phase of the study.

Fibroblast cultures: Adipocytes were induced from 3T3-L1 fibroblasts. Small adipocytes were used to represent subjects having a normal amount of sFAT; enlarged adipocytes represented subjects having large amounts of sFAT. Dermal fibroblasts were co-cultured with one of the two types of adipocytes for two days, then their elastin gene (ELN) expression was analyzed using real-time PCR with 28S rRNA as an internal control, using the following primers: elastin forward; GACCAGGAGCTGTGTCACCA, reverse; CCAACACCATAGCCAGGAAA, 28S rRNA forward; ACGGTAACGCAGGTGTCCTA, reverse; CCGCTTTCACGGTCTGTATT. The statistical significance of differences was analyzed with a Student’s t-test (see Figure 5a-b).9

Discussion: In this co-culture system, the two types of cells were separated by a permeable membrane and could not directly contact each other. This presumes a secretory factor(s) mediates the response. Therefore, the author and colleagues sought to identify this factor9—and palmitic acid notably was increased in the culture medium of the enlarged adipocytes.

In “normal” subjects, small adipocytes have been found to secrete adiponectin, which positively influences dermal fibroblasts, increasing collagen and hyaluronan production.10 Conversely, increases in subcutaneous adipose mass, e.g., with aging or menopause in women, are associated with an enlargement of adipocytes. These enlarged adipocytes secrete palmitic acid, and palmitic acid decreases elastin gene expression resulting in a decrease of elastic fibers and dermal elasticity, which in turn induces sagging (see Figure 6).

The author and colleagues therefore refer to adiponectin as the “beauty factor,” in contrast to the “damaging factor,” palmitic acid. These results show, for the first time, the importance of subcutaneous adipose tissue in maintaining skin homeostasis and beauty.

With aging, sFAT tends to increase due to increasing body weight from inactivity and menopause in women. This causes the enlargement of adipocytes, leading to deterioration of the dermal layer and sagging. So the focus turned to how these enlarged adipocytes could be controlled. One way is reduce body weight but this is difficult to achieve, in practice. Instead, the author and colleagues focused on peroxisome proliferator-activated receptor (PPAR)γ, a nuclear receptor that serves as a master regulator of adipocytes.

To measure the effects of tiencha extract on the gene expression of PPARγ in preadipocytes, 3T3-L1 fibroblasts were differentiated with or without the extract. The amounts of small adipocytes were then measured by staining lipid droplets with the dye oil red O, which is specific to adipocytes,14 and measuring its absorbance at 540 nm. mRNA was quantified by real-time PCR with 28S rRNA as an internal control, using the following primers: PPAR gamma forward; GACTGAGGATGGCAAGCAAC, reverse; ATCACGGAGAGGTCCACAGA.

For the first time, sFAT has been shown here to influence dermal condition both positively and negatively via factors secreted from adipocytes, depending on their size. An increase of subcutaneous tissue with aging, due to increased body weight based on inactivity or menopause in women, enlarges adipocytes, which secrete palmitic acid, leading to the deterioration of the dermal layer and promotion of skin sagging.

As illustrated, small adipocytes secrete adiponectin, which improves the dermal layer, and thereby improves sagging. The results presented here indicate that targeting subcutaneous tissues to improve sagging could be an effective strategy for anti-aging skin care. The author and colleagues believe this idea represents a fundamental breakthrough in facial anti-aging treatment.