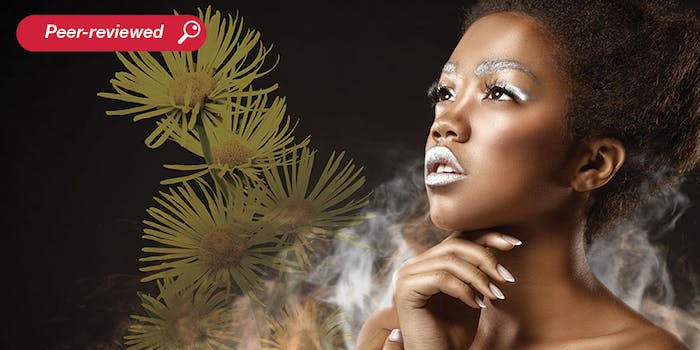 Read the full article in the September 2021 digital edition. . .

Sources of air pollution include industry and vehicle exhaust, cigarette smoke, open fires, paints, pesticides and more.1 According to the World Health Organization (WHO), more than 95% of the world’s population is exposed to air pollution including particulates, aromatic hydrocarbons and volatile organic compounds. Ninety-one percent of the world’s population lives in places where air pollution exceeds WHO guidelines. Particularly in China and India, 91% of the urban population is regularly exposed to higher than recommended PM2.5 concentrations.2

These pollutants are known to cause detrimental effects on health in general, including on the largest and most exposed organ of the body—the skin, which is also tasked with providing a protective barrier between these challenges and the body. The effects of these pollutants manifest as early signs of aging including wrinkles, pigmentation changes, disrupted barrier function, dryness and other imperfections.3, 4

Mechanisms include the generation of reactive oxygen species (ROS), which causes cell stress, resulting in the loss of radiance and increased dullness, and irreversible protein carbonylation. Carbonylated proteins do not function correctly and can cause detrimental effects including skin yellowing.5

Oxidative stress also induces inflammatory cascades including the production of pro-inflammatory cytokines such as interleukin-1α or interleukin-8, and the expression of matrix metalloproteinases resulting in extracellular matrix (ECM) degradation and changes to skin morphology. This leads to wrinkling and skin sagging—signs of premature aging.6

Pollution has also been shown to cause reductions in caspase-14, a key regulator of keratinocyte cornification and skin barrier formation.7 This results in a weaker skin barrier; increased transepidermal water loss, skin permeability and fragility; and potentially allowing pollutants to permeate through the stratum corneum into deeper skin layers, worsening their effects.

To counteract effects such as these and protect skin, the authors examined the potential of an Inula helenium extract. Also known as elecampane or elfwort, this medicinal plant belongs to the family Asteraceae and has been applied in herbal medicine against respiratory and digestive disorders, and for wound healing. It also is reported to possess anti-inflammatory, antioxidant, anticoagulant and antimicrobial properties.8 These properties have been attributed to the presence of alantolactone, isoalantolactone, the oligosaccharide inulin and phenolic compounds, particularly chlorogenic and caffeic acids.9

Chlorogenic acids (CGAs), esters of caffeic or other hydrocinnamic acids and quinic acid, represent an abundant group of plant polyphenols present in the human diet. Studies suggest that the consumption of CGA-containing beverages such as coffee, tea, some herbal infusions and some fruit juices is linked to reduced risks of several chronic diseases. The underlying mechanisms for benefits of CGAs involve mitigating oxidative stress, reducing inflammation and improving skin barrier function.10, 11

Described herein are tests of an aqueous extract of the aerial parts of Inula helenium standardized in chlorogenic acida. These evaluations determined the potential of the botanical active to protect skin against environmental pollutants including smoke contamination and, in turn, reduce TEWL, mitigating signs of aging—i.e., wrinkles and elasticity, and lightening skin tone.