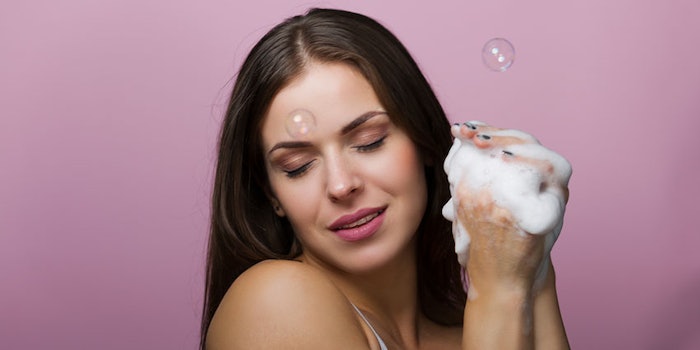 Whereas lineal perception relates to a direct line between a stimuli and a single sensory interpretation of it, crossmodal perception refers to the responses and interpretations of various senses to a given stimulus, or the involvement of the senses in a holistic way in order to obtain a unique amplified experience.

As John Jiménez and Mauricio Guzmán Alonso of Belcorp, Colombia, explain in this installment of Tony O'Lenick's "Comparatively Speaking," in this multisensory context, it is possible to perceive a greater connection and affinity toward a sensation, generating greater recall. In the same way, a crossmodal experience can create inferences in a given sense that alter its intensity; for example, when we perceive a glass of slightly pink water to be sweeter.

The correct mixture of senses can lead to sensory superadditivity, where 1 + 1 = 4—that is, we can increase sensory perception by mixing different stimuli in an appropriate way. However, in a case where the mixture of stimuli is not adequate, it can create sensory suppression, where 2 + 2 = 1.

Multisensory integration has been widely studied in food and cosmetics. Several studies explore how the sensation of taste can be enhanced by modifying parameters in the other senses, such as sight, touch, smell or sound.

In 2015, Yan published1 an article in the Journal of Experimental Psychology: Human Perception and Performance entitled, “A Crossmodal Role for Audition in Taste Perception,” in which the authors studied the effect that auditory stimulation produces on taste perception. During the experiment, 48 volunteers tested solutions of five basic flavors in the absence and presence of an auditory stimulus—in this case, a simulation of noise in an airplane cabin. No differences were found for salty, acidic or bitter flavors. However, the intensity of the sweet flavor decreased in the presence of sound, while the perception intensity of umami increased in the presence of the sound.

The Smell of Touch

In another example of how the integration of senses can affect perception, the authors carried out an experiment whereby a panel of 40 volunteers evaluated the softness of two pieces of black velvet measuring 20 cm x 20 cm. Each panelist wore a mask so that they could not see the material.

One of the pieces of material was sprayed with a 0.05% vanilla solution, while the other had no aroma. This concentration was utilized because it is minimally perceptible. The panelists did not know it was the same material or that one of the samples had been previously scented. A total of 85% of the panelists described the vanilla-scented material as softer and smoother. It was therefore concluded that the vanilla aroma increased the apparent softness of the material.

See related: Synesthesia is Music to Our Feel and Taste Receptors

Color also plays an important role in perception, as it influences emotions. For this reason, in the cosmetic field, a chromatic accord is important, as combinations of colors have certain effects when applied properly since, according to Heller, they can have psychological associations.2

Chromatic accords are interesting because they can produce effects of sensory additivity or suppression, in cases where there is a contradictory effect between colors. In 2014, to test the effects of chromatic accords on the sensory perception of a cosmetic formulation, the authors conducted a study relating the moisturizing efficacy of an emulsion to the panelists’ views of “truth” or “lie.”2 Eighteen female panelists, between 20 and 40 years old, participated.

In relation, there is great opportunity in packaging for multisensory design. In 2018, Spence and Velasco published Multisensory Packaging, which describes how consumers feel a series of tactile attributes of the packaging when interacting with it—as well as their haptic interaction—and how this can influence both their expectations for product and their product experience.

This is why an increasing number of packaging companies and designers seek to distinguish the packaging from the product by giving it a "signature" feel; i.e., one that haptically distinguishes it from the competition. The sensory properties of the packaging also are influenced by other sensory aspects such as color, fragrance and even the sound it makes as consumers interact with it.

One last study worth mentioning is Ferreira’s August 2019 article3 in the Journal of Sensory Studies describing how the texture of packaging can influence the taste of foods and consumer satisfaction. Here, the sensory congruence and incongruence between packaging textures and product textures and hedonic evaluations of food taste and consumer satisfaction were explored. In the research, the authors studied chocolate in two textures (smooth and granulated) and two forms of packaging (also smooth and granulated).