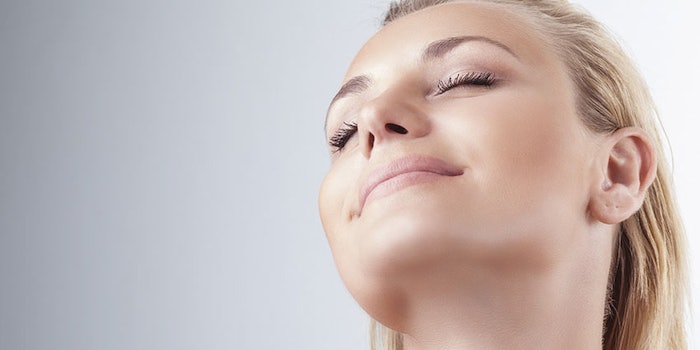 It is interesting that certain people do not look their age, while others look older than they are, chronologically. Why?

The ancient Greeks believed that nature controlled aging and life span, expressed through the myth of the Fates.1 Here, three sisters (the “Fates”) visited infants in the days after their births. The first Fate, Klotho—who inspired the name for what’s known today as the klotho gene2—spun the child’s thread of life; the second Fate, Lachesis, measured a length of that thread, determining their life span; the third Fate, Atropos, snipped it, choosing when they would die. According to the belief, as the Fates did their work, the child’s fate was sealed.

This ancient belief is also highlighted in the book by Nobel Laureate Elizabeth Blackburn, Ph.D., “The Telomere Effect;”3 although today, good health and aging well are generally attributed to genetics rather than to the Fates. For example, one’s genetic code determines their risk for chronic illness such as heart disease and cancer,4, 5 along with their general longevity even before they are born. This argument for nature also credits genes for slow or rapid aging.

On the other hand, Blackburn also points6 to the influence of nurture in an ancient Chinese legend that tells of a raven-haired warlord who made a dangerous trip across the border of his homeland. He was so worried he might be caught and killed that he woke up one morning to discover his dark hair had turned white—drastically aging overnight. This 2,500-year-old legend points to a belief in the effects of aging not due to nature, but nurture—in this case, due to stress.

Even before that, ayurveda—a 5,000-year-old system of medicine that originates in India—was practiced by physicians, to heal ailments and disease, as well as literary scholars and common people, for preventative health benefits. Ayurveda means, “the science or knowledge of life,” and is governed by the principle that perfect health is not just an absence of disease; it is the sum of emotional, physical, mental and spiritual well-being.

In ayurveda, each individual is believed to have a unique mind-body constitution determined at birth called the prakriti, which is also influenced by the environment, one’s lifestyle and the stress of daily living. Physiological changes that affect one’s prakriti are said to lead to disease and imbalance in the mind-body; this is called vikriti. Also according to ayurveda, there are three distinct mind-body constitutions to which every living being belongs, whether individually or as a combination of one, two or all three. These are called doshas and include: vata, pitta and kapha. All three doshas experience different challenges and in turn, age differently; these are explored in relation to the stress response later in this article.

More importantly, this 5,000-year-old system indicates that scholars who wrote these original texts were aware of unique types of individuals and their different reactions to stress. These, in turn, are reflected in the skin—the largest organ in the body.

As a case in point, take the apples shown in Figure 1. Imagine them to be the same age, and having looked exactly the same initially, but after a couple of weeks, differences in their skin textures emerged. The fact that one wrinkled more quickly than the others suggests the same environmental conditions affected them differently. These physiological differences can be attributed to anything from internal constitution and the condition under which they grew, to the amount or type of stress to which each apple was submitted. Skin can be viewed in the same way as these apples. Skin is a gateway to both external and internal stressors. When individuals are under chronic stress, the body’s natural mechanism is to protect the vital organs, i.e., heart and brain; as such, the skin is often neglected as a result.7

In 2009, Blackburn received the Nobel prize in physiology or medicine for the discovery of how chromosomes are protected by telomeres and the telomerase enzyme. Along with Carol W. Greider, Ph.D., of Johns Hopkins University School of Medicine, and Jack W. Szostak, Ph.D., of Harvard Medical School, Blackburn discovered an enzyme that plays a key role in normal cell function, as well as in cell aging and most cancers. The enzyme is called telomerase and it produces tiny units of DNA that seal off the ends of chromosomes that contain the body’s genes. These DNA units, referred to as telomeres, protect the integrity of genes and maintain chromosomal stability and accurate cell division. They also determine the number of times a cell divides—and thus, determine the lifespan of cells.

Telomeres can be imagined as the end caps, or aglets, of shoelaces, where the shoelaces are the chromosomes that carry the genetic material. During life, they tend to wear down and when telomeres cannot protect chromosomes properly, the cells cannot replenish, so they malfunction. This is happening in all individuals at some rate but this rate can change. It also sets up a physiological catastrophe in the body that increases the risk of major conditions and diseases related to aging: cardiovascular disease, diabetes, cancer, a weakened immune system and more.

However, interestingly, this process has been found to be somewhat malleable. The enzyme telomerase can add DNA to the ends of chromosomes to slow, prevent and partially even reverse shortening. Perhaps even more interesting, from Blackburn’s study,3 is the fact that thoughts and emotions play a critical role in telomere length and well-being.

Individuals having negative styles of thinking, i.e., hostility, pessimism, thought suppression, rumination, etc., show shorter telomeres.3 Several experiments were conducted to reach this observation. One was based on the Hayflick limit, i.e., the number of times a normal human cell population will divide before cell division stops. This study found that negative thoughts led to the shortening of telomeres but not the other way around.8

In contrast, increasing one’s stress resilience through a sense of purpose in life, optimism, uni-tasking and focus, mindfulness and self-compassion can help to reduce negative thinking and excessive stress reactivity. This, in turn, has been shown in other work to slow the process of aging, which suggests that although telomeres tended to be shorter with negative thinking, they could be stabilized or even lengthened by practicing habits to promote stress resiliency.9, 10

The good news, then, is that individuals have a considerable amount of influence over telomere length, cellular life span and, from the standpoint of beauty, how their skin will look and function over time. If one leads a life filled with pressure, inadequate nutrition and too little sleep, the stress that these habits bring to the body will eventually be transposed into skin. Conversely, if one tunes into the body's needs and learns how to adopt a healthy lifestyle, skin will presumably age more gracefully.

Mind-body therapies: A recent report in Dermatology Times12 similarly points to mind-body therapies (MBTs) as an approach to mitigate stress-related cutaneous disorders. According to Carol Soutor, M.D., advances in psychoneuroimmunology have provided an understanding of how both acute and chronic stress can affect the skin, and how MBTs can diminish some of these effects.

Soutor concurs the HPA is implicated translating the effects of psychological stress to the skin in the form of inflammation, dysregulated immune function, impairment in the skin’s barrier function, slow wound healing and alterations in blood flow to the skin. It has been established, however, that while the mechanisms through which they act are as-yet to be fully elucidated, MBTs activate the parasympathetic nervous system and down-regulate the sympathetic nervous system to mitigate some aspects of the stress response. Examples of MBTs include meditation, mindfulness, breathing techniques, biofeedback, progressive muscle relaxation, hypnotherapy, acupuncture, yoga and tai chi.

Blackburn’s and others’ findings are directly in sync with ancient ayurvedic principles of managing stress by understanding the key and unique stressors that lead to mind-body imbalances. According to Deepak Chopra, M.D., one’s future health is not predetermined by genes but is instead overwhelmingly shaped by choices that are made every day.13 The previously described doshas of ayurveda illustrate how changes affect everyone but provide different outcomes based on how each individual reacts to adverse situations or daily stressors; recall that while there are three primary doshas, most individuals represent combinations thereof.

Vatas: Vatas, for example, are individuals described as being full of energy, lively and creative. They show what are considered qualities of “wind” in their psychophysiology. For example, they tend to be of a light body build; their hair tends to be thin, frizzy and dry; and their skin is fine and delicate, with a tendency toward dryness, premature wrinkles and dullness.

Vatas also are said to have a nervous and unfocused constitution, and when imbalanced, they are prone to worry, carry anxiety and often suffer from insomnia. When they feel overwhelmed or stressed, their typical response is to worry, “What did I do wrong?”

Pitta: The pitta personality could be described as “fiery,” intense and perfectionist with a strong intellect. These individuals are said to emanate vibrant complexions and luscious locks but also are susceptible to sensitive skin. As a result, this dosha type is prone to wrinkles, age spots and freckles caused by sun exposure.

Furthermore, too much pitta can lead to compulsive, obsessed behavior; and cause irritability and heartburn. Emotionally, when they are out of balance, pittas can have a short temper and are quick to blame others. These qualities can lead to emotional skin aging in the form of breakouts, inflammation, extreme sensitivity and, as noted, susceptibility to sunburn.

Kapha: Kapha types are said to be grounded, stable, calm and patient. They are described as having a strong and muscular build and their skin is thicker, which makes it less prone to aging and wrinkles. . .