A Tale of Tattoos, Toxicology and Black Henna 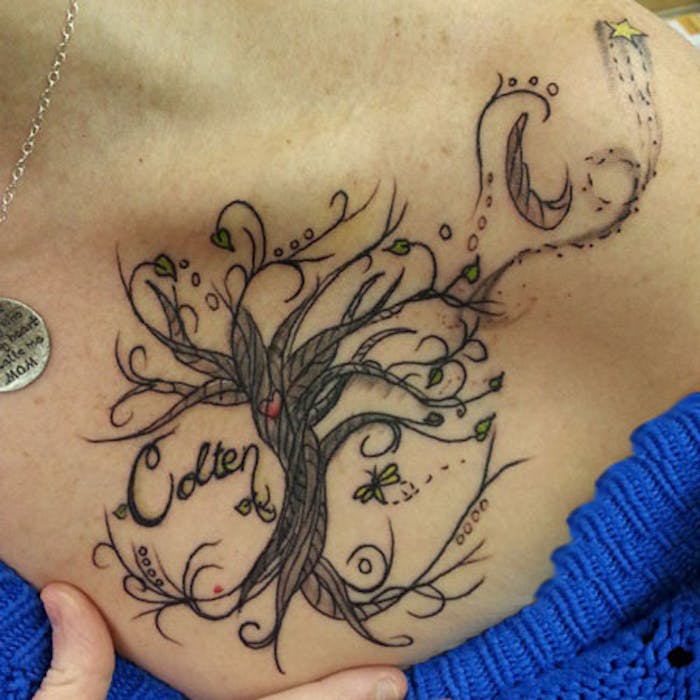 Hitting a "landmark" age is cause for drastic measures. For some, it's escaping to new places; for others, it's splurging on a sports car. For me, it was the tattoo I'd envisioned for years: a whimsical "tree of life" above my heart, with my son's name.

Now, it may come as a shock to those who know me; but this was not my first tattoo. I already had a smaller, cloud-entwined crescent moon on my back; but this one was larger and would be on my chest. It felt edgy and slightly rebellious—exactly what, I felt, a new decade deserved.

I set the date a few weeks out and commissioned an artist. He worked quickly and creatively, producing several striking designs, which we eventually combined and he finalized. When it came time to get inked, the tattoo artist gave it his own flair, and two hours later it was complete.

At the big reveal, I loved it—and still do. I feel somehow empowered in the deep-seeded meanings it holds for me. So much thought and work went into it; it's really my own private piece of art.

I am sharing this story in light of recent news reports related to tattooing, specifically: research published in The Lancet examining the toxicology of tattoos, and a caution issued by the British Skin Foundation over the use of black henna tattoos; with which the U.S. Food and Drug Administration concurs.

Never, in all my planning and preparation for my tattoo, did I worry over ingredient safety or reactions. To me, these issues seemed unreal. Perhaps that's because I already had a tattoo, or because I've never had a bad reaction (to date). Yet, being privy to the cosmetics R&D industry, I feel these very real concerns are worth considering.

Ingredient safety and skin reactions relate not only to companies producing the pigments and inks used for tattooing, but also regulators, as well as skin care product manufacturers in general—after all, I apply sunscreen and moisturizer to my tattooed skin. There is also a large body of evidence that suggests compromised skin reacts differently to various topical treatments.

Let's continue this "Tale of Tattoos" in two additional parts: first considering The Lancet toxicology report in Part II, then delving into the black henna scare in Part III.