Shaving and its Effects on Percutaneous Absorption in the Skin* 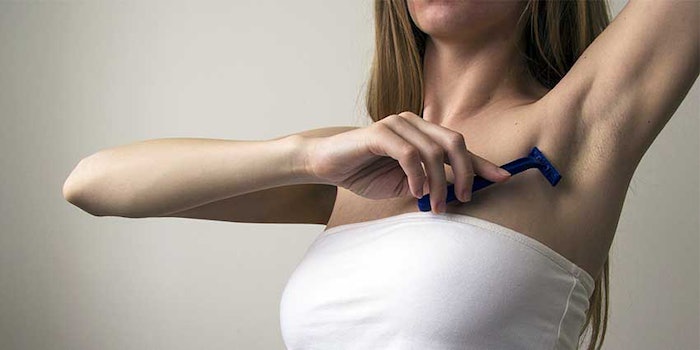 Percutaneous penetration has been a concern of the cosmetics industry dating back to the 1970s, yet it remains an area of limited research. Specifically, its effects on shaving have not been studied in depth, so we conducted an overview to ascertain the relation between percutaneous penetration and shaving, and the effect of shaving on the stratum corneum (SC); especially as it relates to risk assessment and cosmetic use.

More than 500 research articles were reviewed in databases including Pub Med, Scopus, Google Scholar, Cochrane Library and other pertinent journals. Data from the most relevant articles was studied, compared and organized to draw conclusions regarding the effects of shaving on percutaneous penetration.

Little is known about the biological effects of shaving, although it is known that physical effects on the SC, and physiological effects on the epidermis and dermis are encountered. For example, 20% of the material removed during male facial shaving comprises skin; the remainder is hair.1 Also, two processes are known to influence barrier properties following shaving: increased epidermal hyperproliferation, which occurs due to chronic shaving;2, 3 and direct physical damage to the SC by scratching and friction, which also has been shown in raised perifollicular areas.3

In relation, Marti et al.4 used image analysis of the SC surface both pre- and post- shaving to both demonstrate immediate damage to the cornified layer, as well as assess the role of shaving on antiperspirant use. Pre-shaving of the volar forearm, followed by a standard 47-hr patch test, revealed that compared with unshaven skin, antiperspirant irritancy increased significantly (see Figure 1) and was the major effect—although damage to the SC also was detected. Hence, they investigated the effect of shaving on a pro-inflammatory stimulus using histamine iontophoresis in conjunction with dry shaving.

Histamine iontophoresis was performed immediately after shaving, with two control sites adjacent to the shaved sites. Itch perception increased significantly at the shaved sites, compared with the control sites. These authors concluded that damage to the surface barrier properties allowed for the increased entry of irritant molecules. Thus, shaving had profound effects on the inflammatory response of the epidermis and the structure of the SC.

Lucova et al.5 studied damage to the skin barrier due to shaving in relation to the permeation of chemicals. They assessed the dermal absorption values of two dyes—Brilliant Blue and Patent Blue—through shaven pig’s ear skin, compared with intact pig ear skin. The shaving process manifested in a noticeable permeation of both dyes into deeper compartments of the diffusion system from three dosing model products: after-shave, facial cleanser and an o/w emulsion. Further, Lucova’s group observed that both dyes penetrated most from the ethanol-based after-shave.

This study showed that shaving caused a slight decrease in the thickness of full-thickness pig-ear skin (FTS) as well as a significant increase in transdermal electrical conductivity (TEC) values, compared with intact FTS. The authors thus concluded the normal process of shaving markedly enhanced the potential for systemic availability of both dyes from hydrophilic vehicles. This finding was considered alarming, with respect to the number of after-shave skin treatments containing dyes.

Turner et al.6 assessed the impact of shaving on underarm skin by measuring the thickness of the axillary vault and fossa in 16 subjects using Optical Coherence Tomography (OCT). Measurements taken from the shaved and unshaved areas showed an increased epidermal thickness in the shaved areas. In relation, the researchers assessed the effects of histamine iontophoresis in the vault and fossa of both axillae of nine volunteers, who had shaved both axillae two days prior to the study, and one axilla immediately prior to iontophoresis. Histamine iontophoresis in the vault and axilla area resulted in an increase in both wheals and flaring in the shaved axilla, compared with the unshaven control. This supports previous studies showing that shaving axillary skin can damage the epidermal barrier,4 and that shaved skin demonstrates increased itch and erythema following iontophoretic delivery of histamine.7

Turner et al. thus concluded that axillary shaving results in the removal of skin and increased potential for irritation and itch. Moreover, the axillary vault showed a greater thickening in the epidermis than the unshaved area of the fossa. The response to histamine iontophoresis in the shaved axilla was greater than that of unshaved skin, which suggested shaving causes damage to epidermal barrier.

Banerjee and Ritschel8 studied the effect of shaving on the transdermal permeation of a vasopressin solution using female Sprague-Dawley rats. The rat skin was shaved with an electric shaver one day before the study, after a preliminary clipping of hair before excision. A five-fold increase in vasopressin flux was observed due to shaving, and its lag time was reduced significantly in comparison with hair clipping only. This showed the shaved skin was partially damaged and demonstrates that the SC is one of the main barriers to the permeation of vasopressin. These results are consistent with those of Bruger and Flexner,9 who demonstrated an increase in insulin permeation due to shaving.

Guo et al.10 examined the effects of shaving on the penetration of cyclosporin A into skin using Kunming mice. In a first group of mice, hair was trimmed short with a pair of scissors. In a second group, to alter the integrity of the SC, hair was shaved. Flexible and conventional vesicles containing cyclosporin A were then administered topically to each group. Results showed a larger amount of cyclosporin A transferred into the bloodstream by the flexible vesicles in the shaved skin mice, demonstrating that shaving decreased the integrity of the mouse skin SC.

Lastly, Maibach and Wester11 performed a urinary excretion experiment with female rhesus monkeys. Here, absorption is quantified based on the radioactivity levels measured in urine excreted for five days following the application of a known amount of labeled compound to the skin. The monkeys were placed in a specially designed metabolic chair for the first 24 hr, during which time testosterone and hydrocortisone were applied topically on the ventral forearm. The effect of shaving was then tested by lightly depilating the area with an electric razor. Urinary excretion data was obtained. Results showed no difference between shaved and unshaved skin in the percutaneous absorption of testosterone.

Several investigations described in the literature suggest that shaving alters the rapid penetration of various ingredients into skin, possibly through shunts but not in mass-transport, as indicated by Wester’s urinary excretion experiment. Shaving also destroys the barrier integrity of the SC, which increases penetration and exaggerates the skin’s itch perception and erythemic response. Thus, the full clinical effects of shaving on percutaneous penetration have yet to be determined. We therefore suggest further research to better understand the effects of shaving on percutaneous absorption. This should include examining chemical classes of varying physiochemical properties, species, shaving and pre- and post-shaving methods, as well as anatomic sites.

Antiperspirant aerosol bases were under patch 47 hr; shown here both in pre-shaved and unshaved control skin; adapted from Reference 7