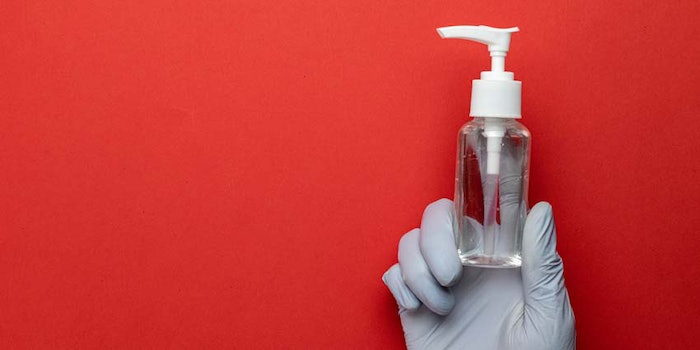 In its latest move, the U.S. Food and Drug Administration (FDA) has heightened measures to prevent toxic methanol-containing hand sanitizers from reaching the U.S. market by implementing an import alert. Previous moves include issuing warning letters to offending companies such as Eskbiochem; expanding its growing list of brands and batches recalled or red-flagged (87 and counting, as of this report); and reaching out to consumers and health care professionals directly to warn them of products that pose threats.

As previously reported, the sanitizers in question are those containing methanol, or wood alcohol, which can be toxic when absorbed through the skin and life-threatening when ingested. According to an FDA alert, the agency will continue to proactively work with manufacturers to recall products. It also is urging retailers to remove products from store shelves and online marketplaces.

As of July 27, 2020, the following manufacturers were put on the FDA's hot list of products either containing methanol; recalled by the manufacturer or distributor; and/or manufactured in the same facility as those products found to contain methanol (see the complete list for distributor, batch number, etc., details):

Eskbiochem S.A. de C.V. was among the first to receive a warning letter in June 2020 for the distribution of products with undeclared methanol as well as misleading claims—including incorrectly stating the FDA approved these products, and improper manufacturing practices.

Adverse Events on the Rise

The agency issued an additional warning early in July 2020 about an increasing number of adverse events, including blindness, cardiac effects, effects on the central nervous system, hospitalizations and even death, primarily reported to poison control centers and state departments of health. The agency continues to see these figures rise.

“Practicing good hand hygiene, which includes using alcohol-based hand sanitizer if soap and water are not readily available, is an important public health tool for all Americans to employ," said FDA Commissioner Stephen M. Hahn, M.D. "Consumers must also be vigilant about which hand sanitizers they use, and for their health and safety we urge consumers to immediately stop using all hand sanitizers on the FDA’s list of dangerous hand sanitizer products.”

The FDA reiterates that in most cases, methanol does not appear on a product label. Methanol is not an acceptable ingredient in any drug, including hand sanitizer, even if it is listed on the product label. The FDA’s ongoing testing has found methanol contamination in hand sanitizer products ranging from 1% to 80%.

Finally, the FDA is strongly urging distributors and retailers to stop distributing and selling hand sanitizers manufactured by the firms on the list immediately, even if the particular product is not included in a recall, due to the risk of methanol poisoning.