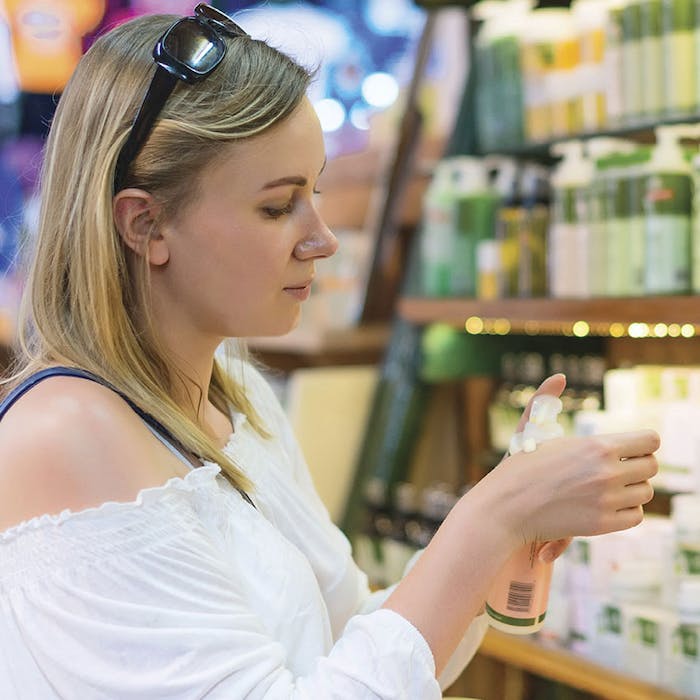 As the first column by the Cosmetics, Toiletry and Perfumery Association (CTPA) of 2018, we thought it would be useful to provide a review of key issues from 2017.

As well as addressing issues in the U.K., the CTPA worked closely last year with the European personal care association (Cosmetics Europe) and contributed significantly to its work. CTPA also was heavily involved in the International Associations Collaboration (IAC).

During 2017, seven regulations (Adaptations to Technical Progress—ATPs) to the European Commission's (EC's) Cosmetic Products Regulation were published in the Official Journal to the European Union, covering:

In Europe, the EC and EU member states keep cosmetic ingredients and their safety under constant review, assisted by the commission’s independent panel of experts, the Scientific Committee on Consumer Safety (SCCS). During 2017, seven requests were made for opinions (mandates), eight final opinions were issued and four opinions were issued for comment.

The SCCS also issued a statement on “Checklists for applicants submitting dossiers on cosmetic ingredients to be evaluated by the SCCS.”

The date of application for Article 15 of the EU Cosmetics Regulation was Dec. 1, 2010. Since that date, the EC has considered that all CMR substances classified by the Classification, Labeling and Packaging (CLP) Regulation are automatically banned in cosmetics, without the need for specific listing in Annex II of the Cosmetics Regulation. Therefore, although these substances are considered banned during this period, it is up to companies to trace classifications via the CLP Regulation to ascertain this.

Therefore, all new CMR classifications from the interim period (2010–2016) have been proposed to be transferred to Annex II and/or delisted from the positive lists as part of a "CMR Omnibus," which was due to be implemented during 2017. However this action has not taken place; it is next expected to be discussed in March 2018.

The ingredients most affected are:

The European Commission and EU member states keep cosmetic ingredients and their safety under constant review.

The Cosmetics Regulation contains a legal obligation for the EC to publish a catalog of nanomaterials used in cosmetic products on the European market—by January 2014. However, publication of this information at that time would have highlighted a large number of non-compliances in product notifications.

In fact, when the EC reviewed the notifications submitted through the Cosmetic Product Notification Portal (CPNP) for products containing nanomaterials, it found in excess of 400 substances listed. Many of these were assumed to be errors; however, a catalog containing such a number of errors or non-compliances would be detrimental to the cosmetics industry and potentially cause unnecessary concern among consumers.

Over the past few years, the industry, the EC and EU Member State Competent Authorities have worked to take corrective actions prior to publishing the catalog. As such, the commission finally announced the publication of a first version of the catalog in June 2017. Some errors may still remain but the current list contains only 43 substances.

The EC has emphasized that the catalog is for information purposes only, and that the commission will continue working with EU countries and the industry to constantly monitor and improve the quality of the data on nanomaterials given by operators. The list will also continue to be updated regularly.

Preservatives are, of course, incredibly important ingredients to help ensure cosmetic products remain safe and effective for consumers during storage and use. However, they are also one of the ingredient categories to receive the most negative media attention.

Given the importance of preservatives, Cosmetics Europe has been mandated to develop and implement a strategy to support the adequate preservation of cosmetic products, with the ultimate aim of safeguarding the future use of as many preservative ingredients as possible for cosmetic products.

The preservation strategy is based on four pillars:

Cosmetics Europe is working internationally with colleagues both from the American cosmetics industry association—i.e., the Personal Care Products Council (PCPC), and with the European Federation for Cosmetic Ingredients (EFfCI), as preservation is a global issue.

In 2017, Cosmetics Europe undertook an in-depth preservative survey to capture a good picture of preservative use across the whole spectrum of different cosmetic products. This survey will help provide key insights that Cosmetics Europe can draw on for various discussions with European institutions, stakeholders and consumers.

However, it must be asked: What is wrong with preservatives, anyway? The problem of poorly preserved and potentially dangerous cosmetic products should not be underestimated. Communications is one of the four pillars of the Cosmetics Europe Preservation Strategy, and it is an overarching tool to improve the "public relations" of preservatives, globally.

Other stakeholders active in this area include the EC and the International Cooperation on Cosmetics Regulation (ICCR). Therefore, another question to ask is: If the EC and international regulators understand the importance of preservatives and highlight their safety—then why don’t we, as cosmetic scientists?

Another international issue is that of plastic microbeads, with regulatory actions already occurring in the United States, Canada, Taiwan, France, Italy, Australia and Sweden; and actions pending in New Zealand, Ireland and the U.K.

It must be stressed that plastic microbeads from cosmetic products are a very small fraction of microplastic marine litter problem. Indeed, a Eunomia report1 stated that the contribution to the wider marine microplastic litter of plastic microbeads from cosmetic and personal care products is estimated at 0.29%. Then again, marine plastic litter is a global issue, as one PCPC infographic2 clearly illustrates.

The definitions in the U.K. law are as follows:

Finally, claims for cosmetic products are extremely important. They explain to the customer what the product can do, and why customers should buy one product instead of another. As such, laws have been put into place to stop false or misleading claims.

For instance, the Cosmetics Regulation requires any claim to be substantiated by robust evidence, and that claim to be interpreted according to the general impression that the averagely well-informed consumer would have in the context of product presentation or advertising. Furthermore, all advertising must be legal, decent, honest and truthful.

This CTPA column has previously covered claims not only as an indication of their importance, but to highlight that the self-regulation of cosmetic claims should not be abused. For example, when the EC issued a report3 on Article 20 of the Cosmetics Regulation in 2016, in relation to the common criteria for cosmetic claims. That report raised free-from and hypoallergenic as claims of concern.

In relation, in conjunction with its Claims Working Group, the EC has now developed more detailed guidance on hypoallergenic and free-from claims. This guidance has been published in a technical document4 on the EC's website. While the document is not legally binding, it has been issued by the EC and it does come with an implementation date—so, there is clear anticipation that action will be taken. Furthermore, a transition period of two years, ending on July 1, 2019, will be applicable to any new elements expressed in the document.

Note that this technical document also has been issued as a reference for national authorities, and therefore will be used by Member States in their market surveillance activities, as further evidence for the acceptability, or otherwise, of certain claims and in taking regulatory action. And, given the level of concern from some Member States, it is possible that action may be taken on the basis of the guidance before the stated date of July 1, 2019.

As an aside, Cosmetics Europe and the CTPA support this technical document and strongly advise companies to abide by it.

The CTPA looks forward to seeing what 2018 holds for the cosmetics industry, and to sharing its views with Cosmetics & Toiletries readers… (and we didn’t mention Brexit once!)