A Century of Cosmetic Regulation [Timeline] 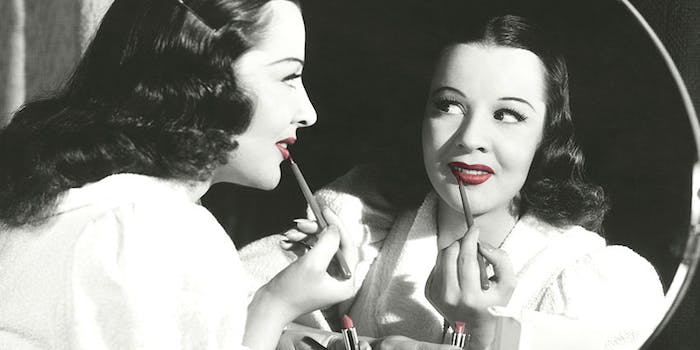 Much has changed in the cosmetic and personal care industry in the past century. Cosmetics & Toiletries spoke with David Steinberg, President, Steinberg & Associates, on some of the landmark regulatory events in the industry. Starting with the inception of the modern U.S. Food & Drug Administration (FDA), read on for an overview of regulation history.

Pure Food and Drugs Act is passed as a reaction to The Jungle by Upton Sinclair, laying the groundwork for the modern FDA as a consumer protection agency.

Food and Drugs Act is passed in Canada.1

FDA takes over responsibility for enforcing the Pure Food and Drugs Act. The FDA was originally called the Food, Drug and Insecticide Administration before being renamed in 1930.2

Food, Drug and Cosmetic Act is passed, defining the technical differences between cosmetics and drugs—under this definition, a cosmetic must be intended for cleansing, promoting attractiveness, etc., for human use.

The Draize eye and skin irritancy test is invented by FDA toxicologist John Henry Draize, Ph.D., which tests on animals for cosmetic safety.3

The most common red color is flagged as a possible carcinogen and forbidden after the passing of the Delaney Clause as part of the Food Additives Amendment, which forbids food-containing chemical additives that may cause cancer in animals or humans to be sold.

GRAS (Generally Recognized As Safe) first published in the Federal Register, listing almost 200 substances shown to be safe for their intended use.4

Color Additive Amendment is passed by Congress, defining a "color additive" and limiting additives in cosmetics, foods and drugs to those deemed "suitable and safe."2

"Natural" products entered the cosmetic scene, based on botanical ingredients.4

Fair Packaging and Labeling Act enacted by Congress with the goal to prevent consumer deception of ingredients, characterizations, etc., with honest labeling on consumer products.2

The Cosmetic, Toiletry and Fragrance Association (CTFA) is formed when the Toilet Goods Association (TGA) changes its name.4

The CTFA and FDA establish the Cosmetic Ingredient Review (CIR) Expert Panel to review the safety of cosmetic ingredients.4

FDA begins work on a first draft of proposed rules for sunscreen regulations; these rules have been drafted over the past few decades but not published due to issues concerning UV protection.

Canada's Cosmetic Ingredient Hotlist is launched, a regularly updated list of substances and ingredients that are limited or banned in cosmetics.1

REACH (Registration, Evaluation, Authorization and restriction of Chemicals) guidelines are introduced, placing responsibility on companies in the E.U. to identify and manage risks in chemical substances.5

The CTFA changes its name to the Personal Care Products Council.4

CLP (Classification, Labeling and Packaging) Regulations are introduced in the E.U. to ensure transparency on chemical hazards to consumers and workers through labeling and classification.5 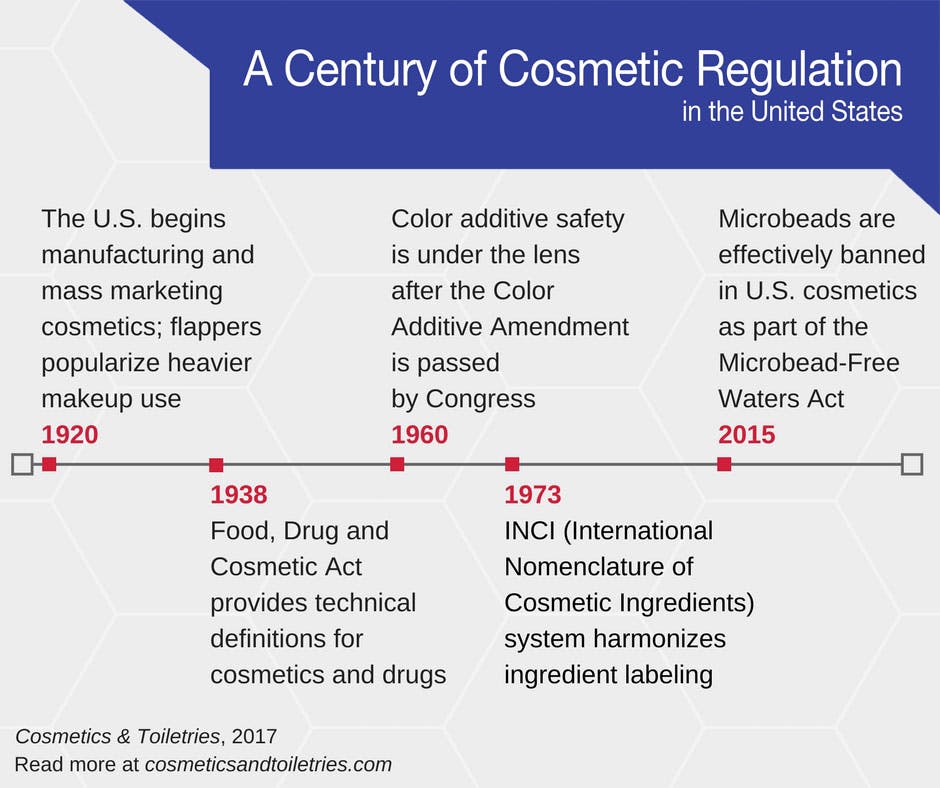