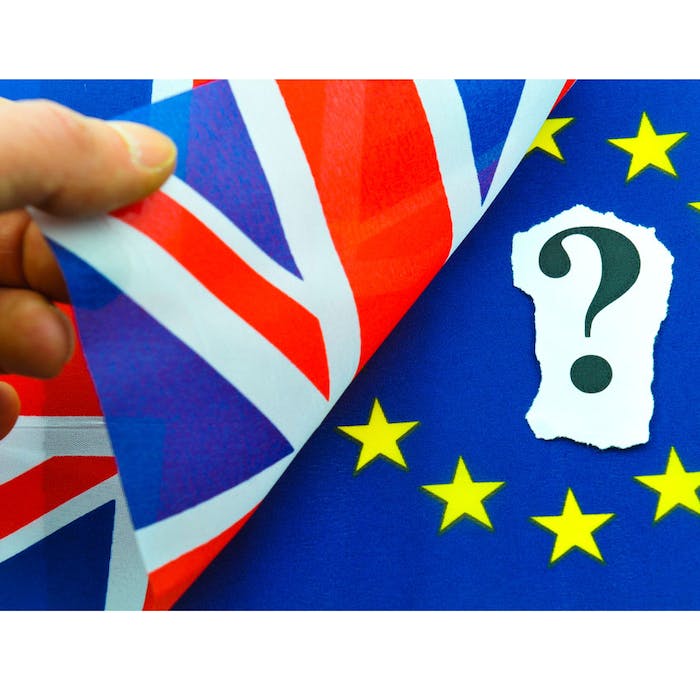 Editor's note: While the BBC recently explained "all that citizens need to know" about the U.K. departure from the EU, including the fact that it will take years before it's complete, the cosmetics industry should know the implications, too.

Emma Meredith, Ph.D., of the U.K.-based Cosmetics, Toiletries and Perfumery Association (CTPA), explains what's known and what's uncertain, as well as the group's plan to keep on top of it all. It seems much remains yet to be seen.

As I am sure you are already aware, the outcome of the Referendum on June 23, 2016, on whether the U.K. should remain in the European Union showed a majority in favor of leaving the EU. Whatever our personal views may be, we have the result, and we must try to decipher the possible implications and consider the future needs of the U.K. cosmetics industry, not only with regard to relationships with our European neighbors but also globally.

While we are in unchartered waters, as no EU Member State has left the Union before, it is natural that there should be uncertainty. But there is, unfortunately, also a lot of unnecessary fear.

It Will Take Time

We must remember, and as the U.K. government is keen to stress through its Customs Information Paper, the U.K. is still part of the EU and will remain so until Article 50 of the Treaty on European Union (TEU) is invoked and acted upon. It is, therefore, important that companies, wherever they may be based, take time to fully understand the implications and refrain from hasty actions that may prove unnecessary. This is something the CTPA is already working on with its members and regulatory and enforcement authorities, and will coordinate with our sister associations.

What Is The Process?

If an arrangement fails to be concluded within two years of the notification, the European Council in agreement with the U.K. can decide to extend this period. Any future implications for the EU Cosmetics Regulation will depend on the terms of the leaving and the negotiations, whether with the EU or bilaterally with third countries.

What Steps is the CTPA Taking?

In practical terms, the negotiations for any exit from the EU will be key for all parts of U.K. life, not just the cosmetics industry. However, it is the role of CTPA to think ahead and prepare— and it is important to have a step-by-step approach.

Therefore, the CTPA will be working with the Department for Business, Innovation and Skills (BIS) and Trading Standards in order to fully understand the next steps and procedures and the possible ramifications. CTPA has set up a core group that is initially looking to identify those elements within all relevant regulations that are dependent on an EU link, determining the risks that might arise and suggesting possible solutions to minimize any risk or impact; not least with regard to the Responsible Person and Product Information File location.

We will be following the developments closely to ensure we give clear and consistent advice to members as the process of an exit unfolds. Undoubtedly there will be much speculation and many will make rash judgments. However, the CTPA will be communicating with members and our national and international colleagues to give clear and sound advice in a timely manner to aid clarity and not create confusion, so that rumors and possible misinformation do not start to proliferate.

Importantly, the industry needs to be kept informed of any changes that may be proposed to U.K. cosmetics legislation in the future, highlighting any differences and with sufficient time for implementation.

One thing is very clear, though: The U..K and its cosmetics industry will not return to using animals for the testing of cosmetic products or their ingredients. The U.K. cosmetics industry voluntarily abandoned animal testing seven years ahead of the EU-wide ban, so you can be assured this is not going to change.

The CTPA will also be working closely with stakeholders in related sectors, such as ingredient suppliers, REACH, CLP, biocides, cleaning and detergent products, medical devices, hairdressing salons, etc., to coordinate views and bring together different elements of the diverse sector that makes up the cosmetic and personal care industry.

To avoid being caught in a potentially chaotic political situation, it is essential that we talk, work together and act with a single voice as a united industry sector, with desired outcomes that are compatible with others; otherwise, we will be side-lined.

We would expect the European Commission to call upon the European personal care association, Cosmetics Europe, at the appropriate time as a key player in the negotiations; and CTPA will remain fully committed to playing its part as a full member of Cosmetics Europe now and for the foreseeable future.

The CTPA is already working to re-focus in a world in which the relationship between the U.K., the EU and the rest of the world will change significantly over the next few years.