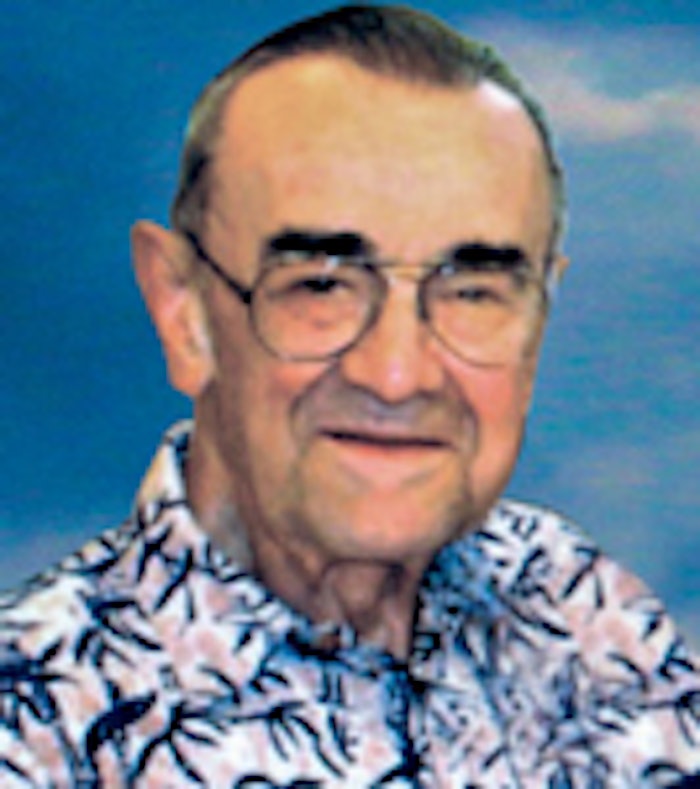 Martin M. Rieger, PhD, passed away Sunday, May 24, after several months in hospice care. "Marty" Rieger was an educator to the industry, serving as editor of Harry's Cosmeticology, and continually contributing to the pages of Cosmetics & Toiletries magazine.

A report by Jean Allured described Rieger's entrance into the industry as being "by accident." In 1948, he graduated from the University of Chicago with a doctorate in physical organic chemistry, and his first job offer was to work in Cuba at a rayon tire cord factory. However, it was an offer by Sol Gershon, PhD, technical director of Pepsodent, that Rieger accepted that first secured his foothold in the industry.

“My task,” Rieger said in the report, “was to find out what happens to hair when exposed to waving lotion." Through research, Rieger became an expert in the mechanics of stretching human hair. Among his developments was the development of a clear cold wave during a time when all waving lotions were milky.

By 1955, Pepsodent as well as the Rieger family moved to New Jersey and Rieger was approached with an offer to join Hudnut Co. of New Jersey--which soon became a part of Warner-Lambert that was subsequently acquired by Pfizer in 2000--where Rieger brought his knowledge of cold waves. He supervised a staff of 10–25 scientists; the development of products in the Hudnut line for mass market outlets including cold waves and shampoos; and the development of products in the DuBarry line for department stores, including skin care, moisturizers, antiaging products and makeup.

According to the report, Rieger’s colleague, Charles Fox, who retired in 1983 also from Warner-Lambert, remarked, “Marty Rieger is one of the most brilliant scientists I’ve ever had the pleasure to work with. When you had a problem with a product, he could always put his finger on the solution.”

"Rieger had a distinctive and intense personality, was extremely intelligent, and possessed the vision to predict future trends," said Paul Thau, a colleague in the industry. "He educated many in our industry and he was the editor of the eight edition of Harry's Cosmeticology [an industry "Bible"], published in 2000."

"Cosmetics & Toiletries magazine wishes to honor Marty as a pioneer in the industry--not only for contributing to the advancement of cosmetic science, but also for his deep regard for detail and precision in scientific writing," said Rachel Grabenhofer, senior editor of Cosmetics & Toiletries magazine. "His work and years of advice have strongly shaped the content of our publication as well as the brand image. As an advisor once told me, 'we need more Marty Riegers in the industry.' He was one of a kind."

Send your memories of Martin M. Rieger to cosmtoil@allured.com as we will collect them to add to this tribute and in the magazine.