The organizers presented a balanced program including legal aspects and an introduction of the two largest European standards for natural and organic cosmetics, as well as various topics with scientific and practical impact for cosmetic manufacturers. More than 130 attendants from five countries followed the invitation from Dr. Straetmans to participate in the conference and open discussions following the individual lectures. The evening before the conference was a perfect opportunity to get together in the beautiful location of the “bauwerk Köln,” where an exhibition of intriguing pictures of microorganisms and a chamber with natural perfumes to discover, already generated the interest for next day’s conference.

The program was opened with a welcome by Angelika Meiss of Cossma who guided through the program with profound knowledge of the cosmetic market  by giving interesting background information and market data between the lectures. The first session started with a presentation of the two main standards in Europe, NaTrue and CosmOS, respectively. Jörg Demuth, managing director of The Organic Spa and member of the working group for the development of CosmOS, presented the philosophy and cornerstones of CosmOS, which is a European organization made up of five national certifiers in naturals.

Demuth highlighted the new standard that has been created by Cosmebio/ECOCERT of France, BDIH of Germany, ICEA/AIAB  of Italy, the Soil Association from the UK and Probila-Unitrab/Ecogarantie from Belgium. The draft of the standard is currently in a public consultation process so that members of the industry can get familiar with and comment. It will be enforced in March 2009.

Vincent Letertre from Wala/Dr. Hauschka and member of the scientific committee of NaTrue, presented NaTrue as the second main standard in Europe. NaTrue was founded in 2007 by the manufacturers for natural cosmetics to ensure a strict selection of natural ingredients with a high degree of transparency. Although its main office is in Brussels, the organization is partnering with the IKW, Germany’s largest industry organization for household and personal care producers. While both CosmOS and NaTrue follow similar goals with one basic aim being the promotion of natural cosmetics and increased use of organic ingredients, there are differences in the allowance of non-natural ingredients, like chemically modified natural ingredients or synthetic preservatives.

After the introduction into the standards and restrictions resulting from both organizations' guidelines, Jan Jänichen, PhD, of Dr. Straetmans gave an overview on the possibilities to produce functional ingredients in accordance with the given standards. Using only renewable starting materials and accepted chemical conversions, he showed in his presentation how a large variety of chemically processed natural ingredients, like emulsifiers, surfactants or antimicrobials, are accessible. Jänichen also presented processes like oxidative cleavage and examples of interesting raw materials for the cosmetic industry.

The more technical second session was started with a very entertaining and yet deeply scientific lecture of Gero Beckmann, PhD, member of the board of directors of Labor L+S, Germany’s largest microbiological laboratory. He explained microbiological testing in depth, giving many examples of failing preservation and unexpected behavior of microorganisms. According to Beckmann, microorganisms sometimes even start feeding on preservatives like parabens if they get the chance to adapt to such systems. The lecture showed that a proper challenge test is mandatory to gain product safety. A preference for a certain test method could not be given, but the most widely used in Europe remains the challenge test according to the European Pharmacopoeia.

Fernando Ibarra, PhD, of Dr. Straetmans, followed Beckmann's presentation with the understanding of microbiology and preservation strategies for natural cosmetics, focusing on alternative and natural ingredients for preservation. Starting with the selection of traditional preservatives that are accepted by different standards, the focus was put on non-traditional systems that today are widely used throughout the world. The influence of different pH levels, of a selection of emulsifiers and of gelling agents was studied recently and presented in this lecture to show the impact of formulation parameters on the efficacy of a given antimicrobial system.

Following a lunch break, Frank Legart of PourLegart, spoke about his practical experiences as a formulator and producer of natural cosmetics. With 16 years of experience in this field and knowledge of regulatory demands, marketing aspects and technical background he was able to give an insight into the daily challenges that a restriction like natural standards bring along. Legart also focused on market data and raw material trends.

Wilfried Petersen, PhD, of Dr. Straetmans presented a study, performed by his company to identify problems with the emulsion stability of 10 selected commonly used emulsifiers for natural cosmetics. The influence of destabilizing factors like surfactants, low and high temperature or pH was analyzed and presented by Petersen in an extensive overview. This comprehensive approach was aimed to giving practical solutions for easily recognizing stability issues in formulations and giving recommendations for stabilization in selected systems.

The last session focused on the important issue of active ingredients and perfumes, which both coin the appearance and performance of cosmetic products. Margeret Ebauer, PhD, of Rahn AG explained the route from the identification of promising active materials from plants via methods for showing the cosmetic benefits for the skin to a raw material for cosmetic products. An interesting insight was given into the test designs and how important it is to design scientifically sound studies for claim substantiation so that the data produced by the raw material manufacturer or external test institutes can help cosmetic manufacturers identify and use the right active principles for consumer products.

The last presentation was given by Claudia Valder of Frey & Lau who spoke about the restrictions and possibilities of designing natural perfumes. After an introduction showing the legal background and technical limitations resulting thereof, Mrs. Valder exemplified the way from customer briefing to a fragrance for natural cosmetics, also talking about the implications of the formulation on the selected perfume. Toxicological aspects as well as further cosmetic functions of some fragrance components were also presented. This vivid talk ended with a practical demonstration of fragrance samples that illustrated the possibilities in composing modern perfumes with only natural components.

The active participation of so many members of the cosmetic industry perhaps implies that the long term engagement of so many members may allow to find another expression than “trend” for this growing part of the cosmetic industry. The success of this sector has also triggered activities in multinational companies and there will be more growth of the market for natural cosmetics in the years to come. 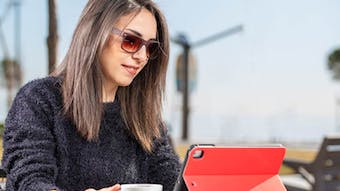