IMCD Sets Sights on Thailand, Opens an Office in Bangkok

IMCD Group has opened an office in Bangkok, Thailand. IMCD has been rapidly expanding in Asia-Pacific over the last couple of years and has significantly strengthened its presence in the region.

The office in Bangkok currently employs four members of staff, covering personal care and food market sectors. Having previously worked for established companies in Thailand, local personnel bring vast experience and a wealth of industry knowledge to the group. The opening of the office in Thailand is the latest in a succession of steps that IMCD Group has taken over recent years to build a stronghold in Asia-Pacific.

Commenting on this development, Albert Stevens,VP Asia of IMCD Group said, “Having gained the reputation of being a highly transparent partner in Europe, we are now aiming to become a preferred distributor for the leading suppliers of speciality products in Asia-Pacific. IMCD wants to apply the capabilities and know-how acquired in Europe to the same sectors in the Asian markets.” 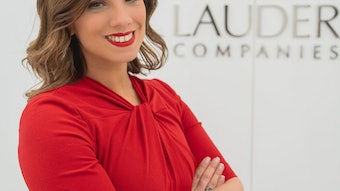