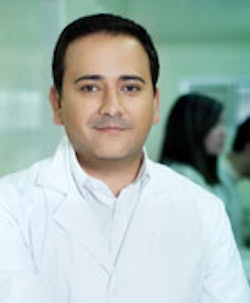 John Jiménez was trained as a pharmacist at the National University of Colombia. He earned his master's degree in sustainable development at the Escuela de Organización Industria (EOI) business school in Madrid, with specialized studies in marketing, neuromarketing and cosmetic science.

Jiménez began his carrier in the cosmetic field in 1999. He joined the R&D department at Belcorp in 2005, where he currently is the senior exploration scientist for the skin care, personal care and sun care categories. His research activities include pipeline innovation development, and exploratory and applied investigation.

Before joining Belcorp, Jiménez was employed at Whitehall A.H. Robins, Fresenius Medical Care and Esko Laboratories in Colombia. He is the author or coauthor of more than 25 scientific publications, has participated in many conferences and congresses, and has written a regular column on market trends in Cosmetics & Toiletries Brasil since 2013.