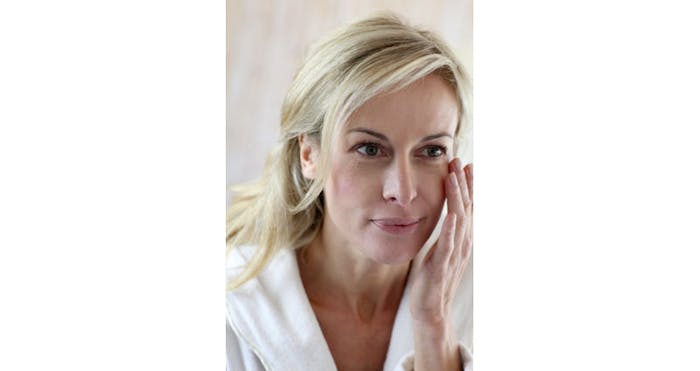 BASF asked 235 women: “How many years younger do you believe a quality skin care product can make you look?” Eighty percent replied: 5–10 years. This response served as a basis for the development of a novel peptide duo since, in the right size and sequence, peptides can be highly potent skin care agents in small concentrations.

Proteoglycans were selected as the primary target due to the fact that two were found to decrease with age: Lumican and Syndecan-1. Another protein known to decrease with age is Collagen XVII. Taken together, these three entities became the focus of a novel, multipronged approach to meet this 5–10 years younger looking expectation.

Based on their specific action in vitro on Lumican, Syndecan-1 and Collagen XVII, two peptides, Acetyl Tetrapeptide-9 and Acetyl Tetrapeptide-11, were selected and specifically formulated to be delivered to skin in a bioavailable format, thus forming Replexium® (see In vitro Results in the downloadable PDF).

Next, the complex was evaluated clinically in a study of female volunteers between the ages of 45 and 65 with visible crow’s feet, forehead wrinkles and nasolabial folds. The subjects were selected for low dermal density, as assessed by ultrasound, and self-described losses in skin elasticity and firmness. The subjects applied a 2% Replexium® and 3% peptide benchmark emulsion twice daily in a randomized splitface study for 56 days. At baseline, Day 21 and Day 56, wrinkles were evaluated by imaging (see Figure 1), and skin firmness and density were assessed by ultrasound (see Figure 2).

Replexium® visibly reduced the appearance of forehead wrinkles, crow’s feet and nasolabial folds by 11% after only three weeks. Improvements continued throughout the eight-week study, eventually achieving a ~23% reduction in wrinkle appearance. These results were comparable to the peptide benchmark and statistically significant compared with the baseline.

Replexium® launches in North America on May 15th, 2018 at Suppliers’ Day.

It launched in Europe on April 17th at In-Cosmetics Global.

To request to be put on the wait list for product samples or for more information, email bioactives.​northamerica@​basf.​com