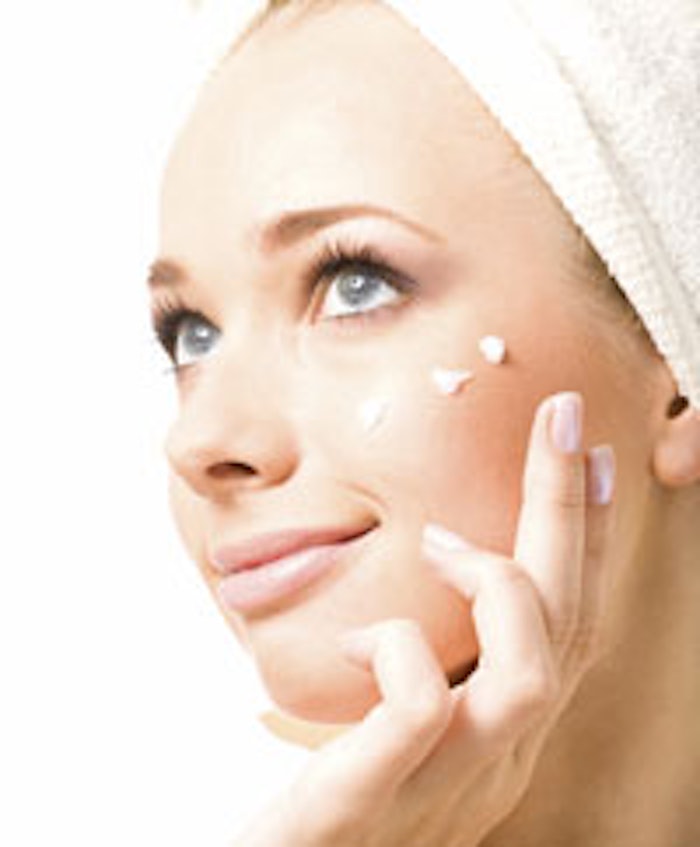 For decades, benzoyl peroxide (BPO) has been proven effective in treating mild cases of non-inflammatory acne by killing the Propionibacteria acnes bacteria responsible for outbreaks. However, irritation is a common problem when BPO is not dissolved or delivered effectively. In response, Arlasolve DMI (INCI Name: Dimethyl Isosorbide) was designed to help dissolve actives such as BPO in formulations and prevent its re-agglomeration. This increases the efficacy of BPO by limiting its particle size to better target the pores and eliminate the source of acne. Further, by keeping the particles from re-agglomerating, it reduces skin irritation.

It is generally known that actives are only as effective as the vehicles used to deliver them. And since BPO particles typically are supplied in a large crystalline form, they cannot penetrate the stratum corneum if not effectively dissolved in a vehicle. The approach behind the Arlasolve DMI technology is to dissolve BPO in the oil phase of a formulation rather than dispersing it in water, then to place that oil phase in a liquid crystalline matrix. This is accomplished by mixing BPO in Arlasolve DMI and Arlamol PS15E (INCI: PPG-15 Stearyl Ether), a clinically proven skin moisturizer and elasticity builder. Since neither solvent is volatile, the BPO remains in solution, fully dissolved and ready for action. In addition, the liquid crystalline emulsion base delivers oil phase ingredients quickly to provide skin moisturizing benefits.

To evaluate the ability of Arlasolve DMI to dissolve BPO and prevent re-agglomeration, two commercially available acne treatment products were evaluated. Both formulations contained 2.5% BPO, but only one contained dimethyl isosorbide. The products were evaluated by transmitted Brightfield and polarized light microscopy at different magnifications (see Figure 1, Figure 2, Figure 3 and Figure 4). The results showed that Arlasolve DMI keeps a portion of BPO dissolved, thus inhibiting re-agglomeration.

This improved dissolution also enhances penetration because when an active is properly dissolved, it is made available to come into contact with the structure or element it is designed to affect. Further, in the instance of BPO, especially since it typically is delivered in a rinse-off cleanser, the contact time with skin is shortened, thus delivery must be not only efficient, but fast.

Arlasolve DMI is designed to aid penetration into the epidermis by increasing the polarity of the surface skin layers to carry the active BPO to the pores of the skin in order to kill the bacteria that cause acne, where it can act more effectively. In fact, the ingredient was shown to be a better delivery vehicle for BPO than ethoxydiglycol (EDG), a commonly used competitive material, as determined experimentally and in a theoretical model comparing the polarity of the delivery vehicle to the solute, in this case BPO.

It was found that more than double the amount of benzoyl peroxide can be dissolved in Arlasolve DMI than in such competitive delivery vehicles. (data not shown). In addition, Arlasolve DMI ensures BPO has maximum contact time with the pores and acne-causing bacteria. However, it was not shown to promote penetration into the bloodstream.

The efficacy of Arlasolve DMI was recently investigated in a kill rate study published in the Journal of Drugs in Dermatology. Here, a 4% BPO product in a creamy wash containing Arlasolve DMI was shown to provide superior antibacterial activity against P. acnes versus multiple other systems containing BPO at higher percentages, even up to 8.5%.

Besides improving the dissolution of BPO to enhance penetration and efficacy, since Arlasolve DMI keeps BPO particles from re-agglomerating and scratching and damaging the skin, it reduces the well-known irritation caused by BPO. The effects on BPO-induced irritation of adding Arlasolve DMI to a Croda test formula were measured using Laser Doppler to assess blood flow in the skin (see test site #5, Figure 5). These measurements were compared with those for: a commercial leave-on lotion combining 2.5% BPO and EDG (test site #3), a 1% SLS solution (test site #1), a Croda test BPO lotion without Arlasolve DMI (test site #2), water (test site #4) and a Croda BPO-free lotion (test site #6).

After each subject (n = 10) signed the appropriate consent documents, six patching devices (19-mm HillTop Chambers), each containing 150 µL of one of the six products, were applied to the volar forearms, three on the right and three on the left, sequentially numbered from 1 to 6 (see Figure 5). The patches were secured using an adhesive tape and remained in place for 24 ± 2 hr.

After removal of the patches, the test sites were washed with tap water and patted dry with paper towels. The location of patch sites were marked with a felt-tipped pen, and 3-4 hr after removal of the patches, all sites were visually graded for erythema, edema and dryness/scaliness. Thereafter, scanning laser Doppler blood flow imaging was performed on both volar forearms of all the subjects, also shown in Figure 5.

Additional support for these observed effects was published in a report featured in the Indian Journal of Dermatology, Venereology and Leprology. This research was conducted by 100 dermatologists in various parts of India over six weeks to assess the effects of a 4% BPO leave-on cream containing dimethyl isosorbide in a hydrophase base applied topically in patients with Acne vulgaris. Results showed that 90% of the investigators found the typical BPO side effects, i.e., irritation and dryness, were either non-existent or minimal in their subjects (see Figure 6).

These results show that Arlasolve DMI, a methylated sorbitol derivative, enhances the activity of BPO while reducing its skin irritation potential. This material increases the effectiveness of actives in formulations and since it is compatible with an array of ingredients, it can be applied in a wide range of products, including the two forms most common for anti-acne care: rinse-off cleansers and leave-on treatments.