Unexpected Answers from Pudding to Powders with Barbara J. Morley 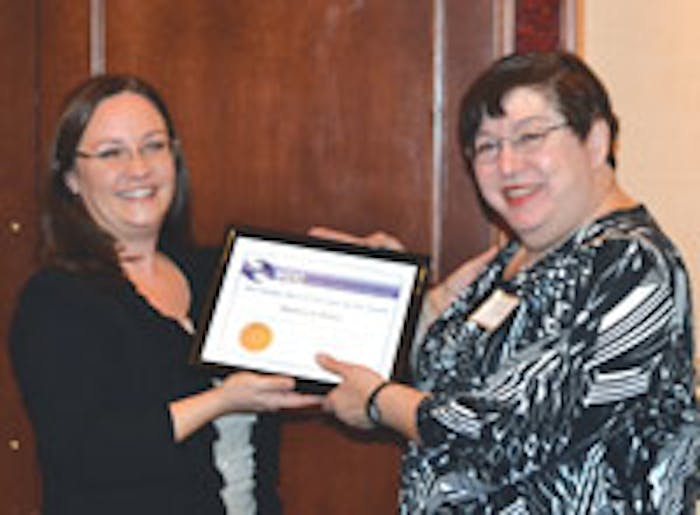 Among her many achievements, former formulator, engineer and lab manager Barbara J. Morley, recently added the Midwest SCC’s 2013 Stanley Allured Lifetime Service Award to her portfolio. “I’m honored to receive the Stan Allured Award for service,” said Morley, who added jokingly, “but I’m too young to receive a ‘lifetime’ achievement award.” While Morley likes to kid, her 45+ years with the Midwest SCC warrants serious recognition.

C&T: How did you get started in personal care?

[My cosmetics career began] at Kolar Laboratories, which was a great place to start. Many formulators learned cosmetic chemistry there. The boss at the time, Aaron Miller, used to lecture us on emulsion technology. He did not understand the math, so I would show him derivations of equations and he would teach me theory.

After Kolar, I became a junior formulator at Toni, which manufactured home permanents, and the Dippity-do and White Rain brands. I worked there for six years and was fortunate to have eight products make it to market. I formulated three line extensions of the Tame brand crème rinse before moving on to shampoos and hair sprays. Toni was eventually renamed the Personal Care Division of Gillette and moved to Boston.

From Toni, for a short stint I went on to Dudley’s Beauty and Barber Supply, where I was technical director, but really did everything—including washing glassware and sweeping floors. I then moved on to Dr. Scholl’s where I had my first introduction to powders. I was at Scholl’s for four years before it was bought by Schering-Plough Corp. and moved to Kentucky.

C&T: Which product types and roles did you find the most interesting?

In 1980, G.D. Searle & Co., now a part of Pfizer, hired me for knowing about emulsions. Here, after launching two line extensions for Icy Hot, I started learning more about powders—I might add that I think the industry is moving in this direction. I took many courses and eventually became responsible for the Metamucil and Equal brands. Then the company wanted to change the Equal formula from a lactose to dextrose base. So, my role changed to process engineer, formulating a product that could be filled at high speed (1,200 ppm) while maintaining its uniformity and dose weight accuracy. I was now working on tableting, spray-drying and other forms of controlled manufacturing. I changed labs and even helped design new ones, including the company’s first test kitchen and a formulating lab for topical products.

In 1991, I joined GenDerm, which produced topical OTC pharmaceutical products. I was a lab manager there and it was a childhood dream-come-true for me to have my own lab. Here, I designed the floor plans; purchased and installed equipment; and developed databases for inventory, maintenance, batch records, stability testing, etc. We were able to manufacture clinical supplies at that facility, and I even had two clean rooms. After GenDerm, I had my own consulting firm, BJ Morley and Associates, Inc., specializing in process development. Once in a while, I did a little formulating as well.

C&T: Who were your mentors?

I met Fred Siegel early in my career. He was a professor in the school of pharmacy at the University of Illinois at Chicago. We spoke briefly at a National SCC meeting then some 20 years later, he was looking for someone to help build a lab complex for GenDerm. Fred passed away a few weeks ago. I miss him already.

Also, working with Marion DenBeste was a fantastic experience. He was the “inventor” of Tame Crème Rinse and a legend at The Toni Company. Marion taught me to think outside the box, and that no idea was too bizarre to bring up for discussion.

C&T: How has the industry changed?

There are not enough smaller companies; the big guys are gobbling up everything. In relation, I don’t see the same opportunities for young chemists as we had. Of course, sometimes you have to make our own opportunities and put in the time. While there may be fewer manufacturers, there are more opportunities to learn—like SCC class offerings. In my time, we learned on the job.

C&T: What advice would you give novice cosmetic scientists? Taking the easy way out is boring. Challenge yourself. Also, learn as much as you can, and take in every little thing you come across—a random observation could tie into a current project. For example, I once found my experience from making pudding was useful to resolving a formulation issue. My formulation had fallen apart during scale-up and formed a skin on top where it was exposed to air, much I had seen before while making pudding. Understanding how the emulsion was breaking down helped me resolve the problem. Don’t be afraid to look for solutions away from the lab, and tap into all of your knowledge, not just cosmetics, to solve problems.

C&T: What is on the horizon for the industry?

Regulations are always a concern. While having some is a good thing, too many will make it difficult for small companies to stay in business. Also, suppliers are having to do a lot more; I’m not seeing as much R&D in manufacturers as I did 40 years ago.