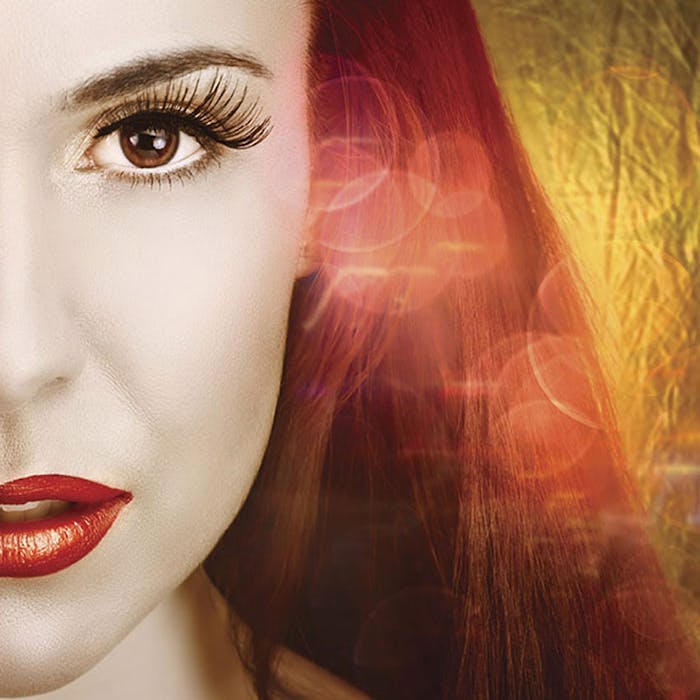 “Hair is dead. It can’t be fed, and it doesn’t eat.” That’s what highly skilled, industry-respected formulator (now retired) Ken Klein once told me. He was referring to product labels highlighting active ingredients for hair care; his point being there is no point to them.

But that was 10 years ago. Innovation in hair care was slower, and the market idled. Launches were focused more on styling and cleansing than on changes to the hair structure itself. So at the time, marketers had to dig deeper to create new hair claims. Science has since revealed maybe there is a point to them—at least, for the scalp. And who knows, maybe eventually in hair, too. (But this remains to be seen.)

Today, hair is still dead, but the industry couldn’t be more alive. The advent of technologies that fuse split ends back together, protect only the damaged areas of hair fibers, deflect the negative effects of heat styling, and change the structure and color of hair in gentler ways are a few examples. And as you read in the P&G interview in this issue, science is revealing new information about the impact of scalp condition on hair fiber properties.

Then there are new measures to prevent and repair damage caused by hair dyes. Marsh describes them in our June issue. One in particular involves decreasing the formation of hydroxyl radicals by targeting metals, such as copper, that are present in consumers’ tap water. Interestingly, this solution happens to align with the larger anti-pollution movement in our industry.

It seems a shift is happening in cosmetics and personal care. While skin care remains the largest market segment worldwide, hair care is picking up the pace. In fact, within the past year, users on the CosmeticsandToiletries.com searched on the terms shampoo and hair almost three times more than the all-time favorite, anti-aging. And in 2015, IBISWorld put hair care product sales in the United States slightly ahead of skin care, 24% to 23.7%, respectively. Where will this brave new world lead us?

As the interview with P&G’s Drs. Schwartz and Wilkerson alluded to, consumers will want every hair benefit from one product. No longer will they demand an effective anti-dandruff shampoo; they will expect a shampoo that does everything they’ve come to expect from shampoos, and more—in one bottle. This means anti-dandruff efficacy as well as all the healthy hair cues of shine, softness, movement, etc. It also means fewer confusing options on the shelf and more benefits in the bottle.

Could this mean we’re on the path to one “uber shampoo?” Imagine every current specialized hair care formula merged into one. Not only would it thicken and volumize thin, fine and bleached Caucasian hair, it also would smooth and defrizz curly, thick, virgin black hair. Or repair, smooth and hydrate graying hair while also nourishing the scalp, and refreshing and protecting colored hair.

I can see polymers chemists’ heads contorting, trying to envision the intuitive materials that could do all of this. It creates a fundamental contradiction: How can one shampoo not do some things to one type of hair, yet do them to other types? It would take not just a smart, but a genius technology to “read” the hair and act only as needed—and in varying environments of pH, temperature, water condition, etc.

While smart polymer technologies activated by given stimuli have been around for years, I don’t think we’ve seen one yet that can do all these things at once, selectively. But I think we’re getting closer.

As long as we’re at it, let’s follow the consumer’s imagination. Maybe a straight-haired, natural blonde wants a shampoo that temporarily turns her hair black and curls it up. Then add anti-dandruff benefits and a blast of scent to put her in a rockstar mood.

Or maybe a curly-haired brunette wants his curls to lay straight and lighten to blonde, with a lasting spikey style. Clearly, these transformations are dreamed up by Hollywood and defy several laws of physics. Yet, today’s science fiction often becomes science fact, so...

A new patent1 from Avon might be a first step toward this fantasy. Inventors played around with refractive indices to create the illusion of wrinkles “disappearing” from lips and skin. They did this by incorporating a fractal particle-based gel into a cosmetic composition.

The fractal particle gels contain a refractive index-matching polymer and create a film that gives the effect of smooth skin surfaces, concealing fine lines and wrinkles. According to the patent, the gel network contains oppositely charged nanoparticles, which impart space-filling effects.

While it’s described in the context of skin care, other applications for the technology are outlined. These include hair treatment products, especially mascaras to optically “volumize” thinning hair in light of its porous, reticulated structure, as well as enhance eye lashes and eye brows.

Other uses may include “filling” pores as well as skin surface unevenness and imperfections. Or, giving skin a base layer onto which a pigmented topcoat can be applied to make skin appear luminous and bright. It sounds like the next best thing to Photoshop.

Also, new findings2 from New York University’s Langone Medical Center could, one day, give individuals a literal switch to flip to change their hair and/or skin color. These findings were recently published online in Cell Reports, in an update to a previous study.3

The new study identifies the molecular signals that control skin and hair color in mice and humans. Previous work showed that endothelin proteins and the EdnrB pathway help to control blood vessel development and some aspects of cell growth and division. The new findings, however, identify the signaling pathways related to the regular growth of melanocytes, and skin and hair color. Specifically, EdnrB and Wnt signaling were linked, confirming that EdnrB coordinates the rapid reproduction of melanocyte stem cells.

According to the university, these cell signals could eventually be targeted by new drugs to treat skin pigment disorders, such as vitiligo. They also could serve as targets for drugs that re-pigment grayed hair cells, or correct discoloration around scars. Research will continue.

Considering the topical and epigenetic findings profiled here, it seems that science is well on its way to fulfilling the Hollywood-inspired dreams of hair care consumers. So, hair can remain just as dead as it’s always been. Ingenuity will continue to breathe life into this revitalized market.