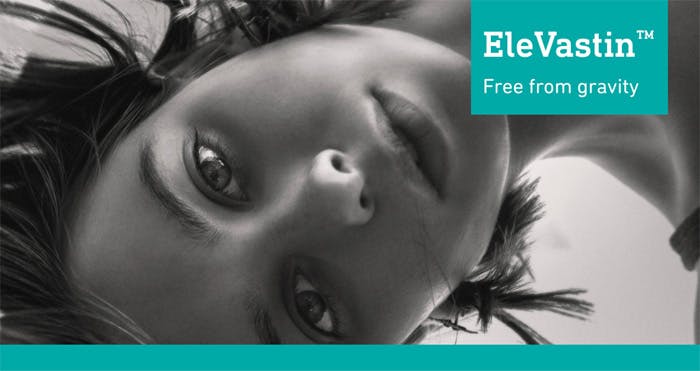 Several external factors (UV, pollution, etc.) are known to accelerate the naturally occurring aging process. Amongst them, gravity is often forgotten even though it plays a major role. The constant pressure it applies on the body is not perceptible but is responsible for many signs of aging, especially on the lower face.

Impact of Gravity on Facial Morphology

In the scientific literature, a clear link is established between skin sagging and gravity. In these studies, volunteers were placed in two positions modeling different levels of gravity pressure then facial morphologies were compared. Researchers demonstrated that in an upright position with maximal gravity, alterations appeared at the lower part of the face mainly with a clear worsening of ptosis and vertical wrinkles. In comparison, the supine position was shown to restore the volumes of the face and to limit deep skin folds.

These outcomes showed how much gravity changes facial geometry and worsens clinical signs of aging, especially on the lower face.

However, even if this physical and universal phenomenon enables everyone to stand on the planet Earth and cannot be avoided, the side effects on the skin are preventable.

EleVastinTM is a truly natural origin active ingredient capable of limiting the impact of gravity on aging signs. Its efficacy has been demonstrated following a comprehensive process using in vitro and in vivo methodology.

With age, elastic fibers degrade much quicker than they are synthesized. EleVastinTM tends to reverse the balance between synthesis and degradation:

Through this mechanism of action, the active ensures an increase in the density of elastic fibers coupled with augmented skin elasticity. These last outcomes were obtained using an advanced spheroid model developed in Gattefossé’s cell culture laboratory. In spheroids treated with 0.1% EleVastinTM, the number of functional elastic fibers increased (versus untreated ones), evidencing the recovery of proper tissue elasticity. (To learn more on the spheroïd model, watch the interview of Dr. HDR Nicolas Bechetoille, Skin Biology Research Manager) 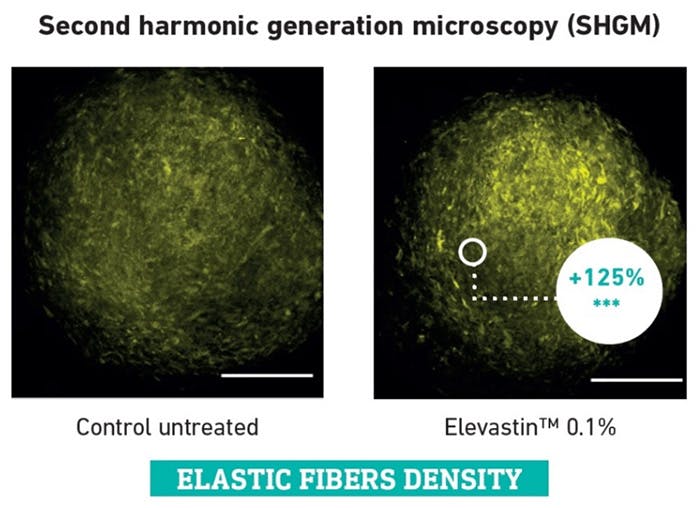 Clinical measurement of the effects of gravity on facial morphology

Tested at 1% on 37 volunteers, the ingredient proved its capacity to reduce drooping of the lower face. Various assessment methods proved that: 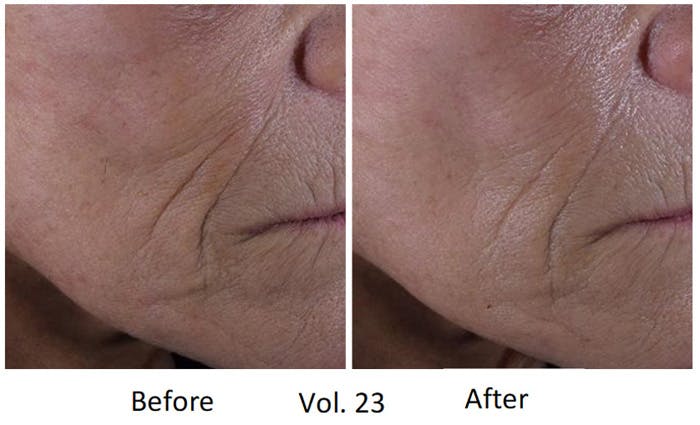 A novel and original measure of the effects of gravity on facial morphology was adopted, confirming the ability of EleVastinTM to limit the impact of gravity on aging signs of the face (More explanations are given in the video by Viviane Bardin, Substantiation Manager).

100% biobased, EleVastinTM is the key active for formulators and marketers willing to combine robust cosmetic performances with a high natural profile.