Natural-sourced, plant-based renewable raw materials are the key drivers influencing the modern day chemicals-based market. They offer innovative possibilities to connect with consumers and their expectations for sustainable and “green” chemicals in the personal care segment. This article demonstrates that alkyl polyglucosides are green; i.e., natural-sourced, plant-based and renewable, in addition to being mild, as demonstrated here in screening tests and formulations.

Alkyl polyglucosides (APGs)a are sugar-based nonionic surfactants. They can be differentiated by their alkyl chain length (Figure 1) and they generally vary in distribution and content, with chain lengths of C8 to C16 being the predominant lengths found in consumer products.

The irritation potential of surfactants is in part attributed to their ability to interact with the proteins of the skin, which in turn leads to corneocyte swelling and irritation. Due to the large hydrophilic head groups, interaction between the APGs and the amino acid side chains is impeded and corneocyte swelling reduced. In addition, in combination with other surfactants, such as fatty alcohol ether sulfates (SLES), the nonionic APGs reduce the electrostatic repulsion of the anionic head groups of the SLES. This results in the formation of larger micelles with a rod-like structure. These micelles penetrate less easily into the skin, further decreasing interactions with the skin proteins and subsequent development of irritation.

Most consumers associate greenness with safeness for their health and the environment. APG surfactants are obtained from natural, renewable, plant-derived raw materials, such as coconut oil and starch. They have been extensively tested in various eco-toxicological and toxicological studies. Linear APGs are completely and rapidly biodegradable regardless of whether they are tested in seawater or freshwater as well as being biodegradable under both aerobic and anaerobic conditions. Compared to other surfactants, APGs can be more easily removed from the wastewater in sewage treatment plants and they are well-tolerated by aquatic organisms.1 In a nutshell: They are natural-based surfactants from renewable sources and have a good environmental compatibility profile.

Shampoos and body washes inevitably come into contact with the skin, eyes and mucous membranes. It is therefore essential that the surfactants chosen have a minimal irritation potential. Assessment of ocular/mucous membrane and dermal irritation plays a role in both occupational hazard assessment and classification as well as in consumer product development. In the former, the product is typically tested undiluted and the pH is not adjusted. This reflects the situation of some types of industrial uses, such as transport or storage of the raw materials. In contrast to consumer products, many of these bulk materials will be adjusted so their pH is very high or low to prevent microbial contamination in the absence of preservatives. For a bulk raw material, a high concentration of the surfactant is used to facilitate transport and to further impede growth of microorganisms.

APGs are examples of a raw material that needs pH adjustment and diluting. Typically, the pH of the raw material is adjusted to approximately 12 and the material will have an active substance (AS) content of approximately 50%. Because the irritation potential of a surfactant or a formulation is markedly dependent on its pH and the concentration at which the surfactant is used, higher concentrations or an extreme pH make irritation more probable. In personal care formulations, however, mildness is essential. In consumer products, the pH is usually within a range of the physiological pH of the skin and is adjusted to pH 5–8. Therefore, when performing comparative testing of the compatibility of products or substances, in order to assess the mildness under use conditions, it is essential that within any one test the surfactants be tested at the same pH and the same AS content. Surfactant concentrations and pH levels are also essential when assessing compatibility during product development.

Various methods are commonly used to differentiate between surfactants with respect to their potential irritancy.

Ocular/mucous membrane and dermal irritation: The Draize eye irritation test has been the gold standard for testing eye irritation for many years. Concerns for animal welfare have led to the development of alternative methods such as the red blood cell (RBC) test2, 3 and the hen’s egg test—chorioallantoic membrane (HET-CAM) test,4, 5 to assess the mucous membrane/ocular irritation potential of surfactants and other substances.

Primary skin irritation is assessed in humans using epicutaneous patch testing (ECT), in which substances are occlusively applied to the backs of volunteers for 24 hr and reactions monitored for 3 days following removal of the patch.

To evaluate the relative irritation potential of one of the APGs, the authors used HET-CAM, RBC and ECT to compare decyl glucoside with other surfactants typically used in cosmetics (Table 1). Within each method, all the surfactants were used at the same AS and pH, as shown in Table 2.6

Comparative testing of the exemplary APG, decyl glucoside, with other surfactants typically used in cosmetics using the above-mentioned methods and the same AS and pH within each method has been reported previously6 and is summarized here in Table 3. With the exception of the disodium laureth sulfosuccinate with respect to skin irritation (ECT), the results of all other tests indicate that the APGs have a lower irritation potential than the other surfactants, thus underlining the mildness of APGs.

Cumulative irritation potential: The skin plays a principal role in protecting the body against water and heat loss as well as in forming a defensive barrier against harmful agents and unwanted influences from the environment. The barrier function of the skin is mainly attributed to its outermost layer, the stratum corneum. It is often described using the “bricks and mortar” model in which the bricks are the corneocytes and the mortar is made up of the intercellular lipids. If the barrier function is compromised, water loss through the epidermis increases.

The ability of surfactants to emulsify and to reduce the surface tension of water means they can remove lipids from the skin during the washing process. This can result in dryness and roughness of the skin. In addition, due to the damage to the lipid barrier, an increase in transepidermal water loss (TEWL) is usually observed.7, 8

The soap chamber test (SCT) according to Frosch and Kligman9 is the method of choice for testing the cumulative irritation potential of surfactants and includes assessments of both dryness and skin barrier function. The substances are occlusively applied to the ventral forearm of human volunteers for 24 hr on the first day and for 6 hr each day for the next 4 days. Irritation is evaluated via visual assessment of the parameters erythema, dryness and fissure. Changes in skin barrier function are assessed by TEWL.

The authors performed an SCT with various surfactants.6 Skin dryness was assessed on day 8. The TEWL values obtained on day 8, following a three-day regeneration phase, were used to assess skin barrier function. The TEWL results for day 5, the last day of treatment, have been reported previously.6 The results for both dryness and TEWL on day 8 are summarized in Table 3, which shows that the potential of APGs to irritate the skin or to compromise the skin barrier is clearly lower than that of SLS or SLES. This has also been shown to be the case in a study conducted by Löffler et al.,10 who reported that the kinetics of the skin barrier regeneration after 24 hr of occlusive patch testing (ECT) depend on the concentration of the surfactant (SLS, SLES, APG) used. Furthermore, the results of the SCT by the current authors indicate that the reported lipid solubilization may not accurately represent the actual effects on human skin induced by these surfactants because skin dryness can be induced by the solubilization of the intercellular lipids.

In addition responding to the green market drivers, formulators in the personal care market are sometimes challenged with eliminating alkyl-sulfates or ethoxylates from formulations. On the basis of the skin compatibility of alkyl polyglucosides, mild body wash preparations can be formulated. These formulations will fit well into the green and alkyl sulfate-free formulation concept.

Formula 1 describes a body wash gel formulation based on the alkyl-sulfate-free surfactants lauryl glucoside, sodium lauryl glucose carboxylate, cocamidopropyl betaine and disodium cocoyl glutamate. The dermatological and ocular compatibility of this formulation was assessed by performing an ECT and an RBC test, respectively. Body wash formulations found in the market were used as benchmarks. A 1% AS aqueous solution of SLS also was tested as the positive control. In both ECT and RBC tests, the green formulation proved to have a lower irritation potential than the benchmarks (Table 4 andTable 5), indicating a mildness exceeding that of these market body wash products for babies.

Formula 2 is a moisturizing shower gel formulation with a surfactant matrix based on cocamidopropyl betaine and lauryl glucoside, along with a lipid layer enhancer composed of glyceryl oleate and coco glucoside. The formulation of this gel is in line with the formulation guidelines issued by Ecocert, the France-based certification and control organization. Ecocert works to promote organic products in more than 80 countries by providing much respected and internationally recognized certification standards for organic and natural personal care products.

Formula 2, diluted to 16%, was tested with seniors in a 24-hr occlusive ECT to evaluate its irritation potential. A green concept benchmark found in the market was tested at the same dilution in order to compare its irritation potential with that of Formula 2. According to the INCI declaration, the benchmark contained a surfactant system based on coco glucoside, caprylyl/capryl glucoside and sodium lauryl sulfoacetate. With respect to skin compatibility, the APG-based green body wash formulation (Formula 2) with an irritation score of 0.82 exhibited superior mildness compared with the benchmark formulation with an irritation score of 2.73. 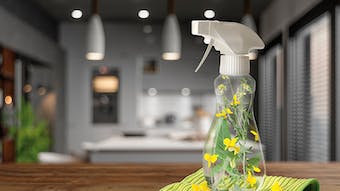 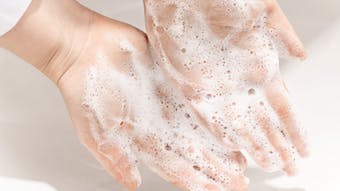