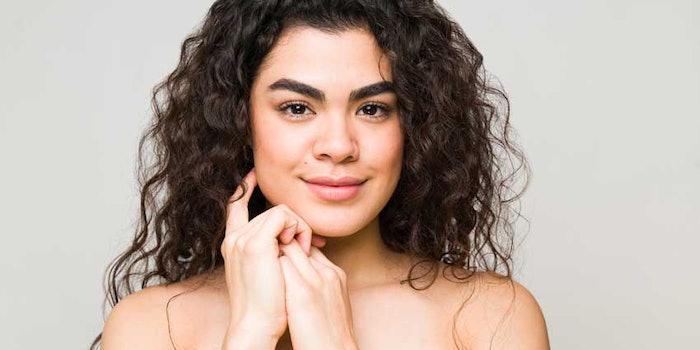 According to BASF, Sacred Patch is based on the company’s MicroPatch technology to harness the potential of the algal extract sacran. Sacred Patch is said to work in three ways: it offers an uplift in mood once applied to the skin; it helps to soothe sensitive skin; and it provides moisturization properties.

Extracted from the Japanese microalga Aphanothece sacrum, sacran is typically known for its soothing properties. BASF scientists have discovered that the polysaccharide also helps to stimulate the release of oxytocin, a neuropeptide and wellness mediator. Leveraging this property, the company integrated sacran into its MicroPatch technology, which consists of the natural bio-polysaccharides pullulan, alginate and hyaluronic acid, to create Sacred Patch.

The active ingredient has been shown ex vivo to help stimulate the release of oxytocin in human skin explants by 40%. Comprehensive in vivo testing reportedly confirmed the molecular patch had a positive emotional effect after application. It also was noted that 93% of the volunteers associated the use of Sacred Patch with tenderness; 90% with joy and happiness; and 61% with desire.

As defined by the company, sensitive skin is an overreaction to external stimuli such as irritants or microorganisms. The irritants cause the epidermal cells to produce inflammatory messengers such as interleukin IL-8. In an in vitro test conducted on human keratinocytes infected by Staphylococcus aureus, Sacred Patch was shown to help reduce inflammation by 93% compared with the untreated control. This result demonstrated that the active comforts irritated skin.

The MicroPatch product forms a protective, comforting mesh on the surface of sensitive skin to prevent water evaporation. Additionally, the company reports sacran has water-attracting properties and therefore helps to increase the skin’s natural water retention capacity—keeping it hydrated.

Tested ex vivo on human skin biopsies, Sacred Patch was proven to offer moisturization of the upper layers of the epidermis, lasting up to 6 hr after application. Study participants rated the moisturizing and soothing effect of an emulsion containing the active at 2% with a score of at least four out of five after 8 hr and 14 days of application.

Per ISO 16128, Sacred Patch is 99.2% of natural origin. BASF plans to further expand its product range based on the MicroPatch technology in the future.